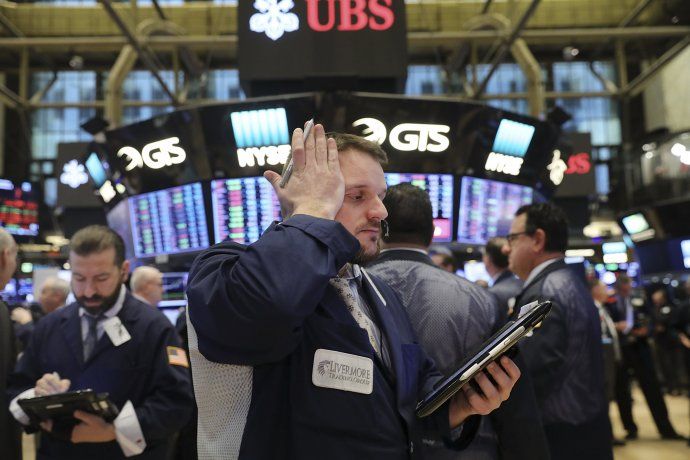 The threat – which has now become concrete – of shutting down federal administrations in Washington, trade tensions with China, rising interest rates and fears of a sharp economic slowdown shook Wall Street brokers last week, Dow Jones and Nasdaq, which accumulated losses of 6.87% and 8.36%, respectively.

The United States Senate has not been able to end a deadlock over President Donald Trump's demand for more resources to build a wall on the Mexican border. A senior official even said that The government's stay may be extended until January 3.

The main European stock markets closed lower this Monday, with the exception of Frankfurt, which remained closed.

London lost 0.5%, Paris 1.4% and Madrid 0.9%. The three squares shortened their sessions to be Christmas Eve

Markets remain depressed with the prospect of a tightening of monetary policy by the US Federal Reserve, analysts said.

"Markets continue to be pressured by a more aggressive (than expected) Fed announcement last week, which has exacerbated fears about slowing growth," he said. said Mike van Dulken, head of market research at Accendo Markets.

European shares have fallen nearly 14% so far this year and are moving towards worst annual performance since 2008.

The complicated divorce between the UK and the EU, Italy's disputed budget and a trade dispute between Washington and Beijing have also affected markets this year, forcing analysts to progressively reduce their estimates of earnings growth for companies. European

Investors were also worried about political stability in the United States after an aide to President Donald Trump said the partial closure of the government could continue until early next year.

On the other hand, The MSCI global stock index, which monitors stocks in 47 countries, fell 0.1 percent on the day and fell nearly 7 percent over the past seven sessions., its worst cycle of daily losses since January 2016

The search for safe assets boosted the yen. The dollar traded near a three-month low against the Japanese currency at 111.02 yen. Against a basket of currencies, the dollar index dropped slightly to 96.74.

O gold He also regained his appeal by staying near the the last six-month high of about $ 1,262.63 per ounce.