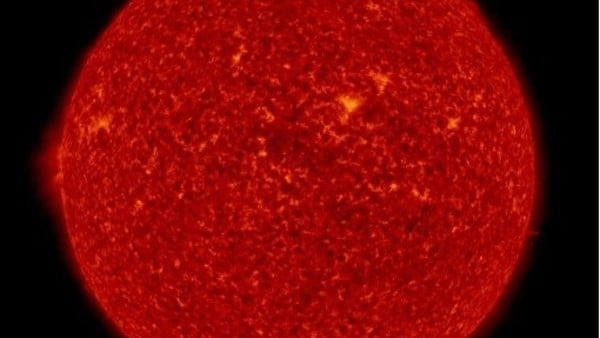 O Sun is the largest source of electromagnetic radiation in our system and is the support of almost all forms of life on Earth. This is why, for years, scientists have studied their behavior and their interaction with our planet.

Different space missions pursue this objective. In 2009, the European Space Agency (ESA) launched the Proba 2, an experimental satellite dedicated, among other things, to studies on solar physics.

This satellite has a SWAP Camera, which operates at extreme ultraviolet wavelengths to capture the hot and turbulent atmosphere of the Sun (the crown), with temperatures of about one million degrees. The extracted images demonstrate the change of the solar activity during 2018.

The most known solar variation is cycles of sunspots, in 11 years duration. From a trace of these points (the dark spots in the images) or the power of the flares, the activity level can be evaluated. During the past year, a solar minimum has been reached.

On February 7, the most energetic eruption of the year was observed in a small region located in the central latitudes of the Eastern Hemisphere. This was classified as "C-8.1" according to the system that divides solar eruptions according to its strength.

The smallest class of fulguration is called aand is followed by Classes B, C, M and X. Each one represents a ten times greater emission of energy than the previous one. Stronger explosions (class M or X), as well as ejections of coronal mass ejecting gigantic clouds of solar material into space, may have important consequences on Earth. If they pointed directly to our planet, the radiation emissions would be capable of generating geomagnetic storms that would damage communication systems, electrical networks and satellites.

Therefore, as the ESA indicates, the study and monitoring of the Sun prepare us against adverse phenomena of the space climate and eventually mitigate them.

On the other hand, the moments of low solar activity are useful to study the evolution of the active regions without the difficulties that implies the superposition and interaction between regions.

Proba 2 is not the only space mission that monitors the sun. Since ESA alone, they have also launched a quartet of Cluster satellites for this purpose; and, together with NASA, will maintain the Heliospheric and Solar Observatory (SOHO). Next year, ESA will also send ESA's Solar Orbiter probe, which will allow you to observe activity in the polar regions and the invisible face of the Earth.