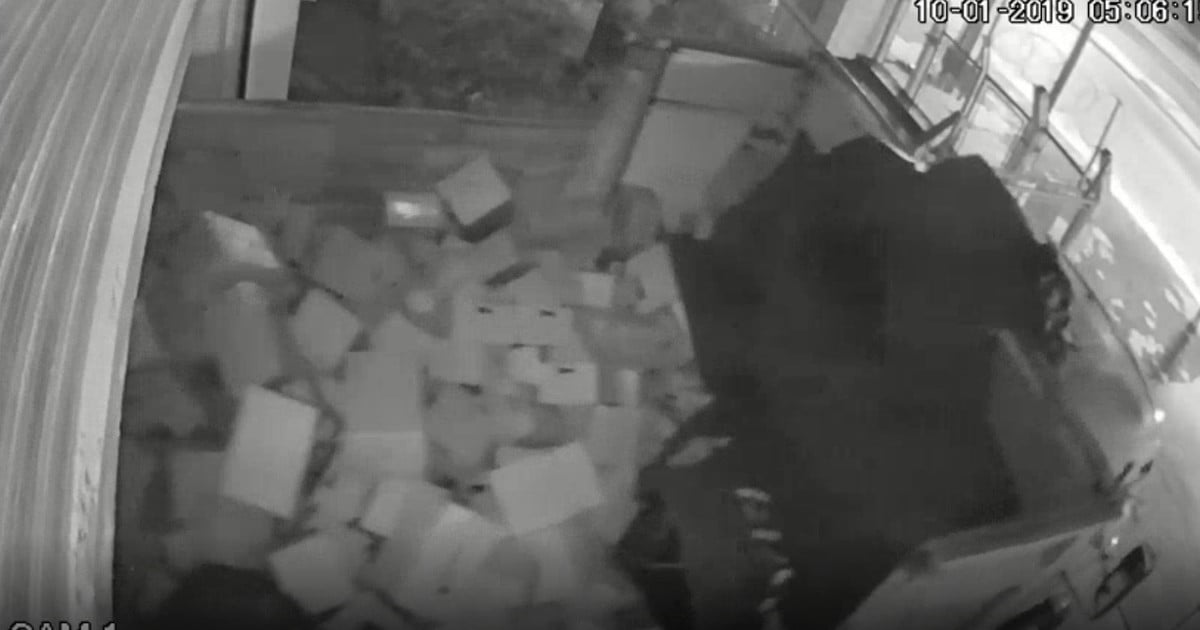 They arrived with two empty trucks. Two hours later, they left with $ 6 million worth of goods. What could be seen from outside as a logistics maneuver, in fact was a well-studied assault for a perfume company. Continue with the farce until the end, before letting the thieves close the doors of the place.

Theft occurred in Constituyentes at 9:00 p.m. – on route 9 -, in Pacheco (Tigre), around 3:00 p.m. on Thursday. The entire sequence was recorded by the company's security cameras and thanks to the images, the owners found that the assailants inhibited the facility's alarms from being discovered. Then they moved calmly and It took two hours to empty the room..

The goal was the deposit of the company Craftmen S.A., which sells the brand Bless Lovely Life. The thieves knew that the booty was of high value, but the owners of the company claim that the characteristics of the product "is very difficult to place if it has been stolen."

That's how the deposit went after the robbery.

The sequence began around 3:30 p.m. on Thursday, when at least two burglars entered the trust fund, which leads to a school. The main hypothesis is that they used alarm inhibitors to disable the sensors one by one until the power station can be completely disconnected.

In the video recorded by the cameras you can see how in 3.35 two criminals open the shutters from inside the premises and with a short padlock go to the entrance gate to give access to the trucks, which had between 8 and 10 accomplices.

With free access, the trucks entered the back of the warehouse and among all the criminals began to carry boxes with perfumes by hand. "It took two hours, if they had used the semi-electric forklift we have, it would take two minutes," he said. Clarin Norberto Semanara, one of the owners of the company. That is why they suspect that the criminals did not know the internal movement of the company.

The delinquents entered a perfume shop in Pacheco and emptied it. They took goods for $ 6 million.

"We are one, we are an SME of perfumery, we export to Paraguay and we sell in Argentina the main networks of pharmacies and perfumeries," said Semanara.

The robbery hit the company with difficulty, as the company did not have insurance against theft. For this reason, the victims bet to recover the merchandise. "Our insurance producer told us that because we were located on the old Route 9, one block from a private neighborhood, that in Tigre there are cameras everywhere and that we are near the Rioplatense refrigerator, we do not need insurance against theft and it is for we only had fire, "lamented Semanara.

"December is the strongest month of sales in one of the capital's main pharmacies, which sells 18,000 products in all its subsidiaries. What they stole from us is equivalent to December 6 for us"said the businessman.

After investigating the robbery, the investigators checked the municipal security cameras and discovered that when they left with the perfumes, the thieves passed the door of a police station and headed toward Henry Ford Avenue. Then they crossed the Panamericana towards the Malvinas Argentinas. "The police told us that there they change the jurisdiction and then they need to request filming," Semanara said.

"It is a very difficult commodity to locate, if it is known that it is stolen, it makes the potential buyer uncomfortable," the victim said.

Something that drew attention to the owners of the company is that between December 17 and 25, the company alarms they were activated every day around 3 o'clock in the morning. "We sounded, we looked at the camera and we did not see anyone, we reconnected and nothing happened, we thought they could be rats and we even bought poison." Now we suspect that they actually made intelligence to see where the sensors were and how long it took the police to come, "said the owner.

The case is investigated by prosecutor Jorge Nocetti, in charge of Pacheco's decentralized UFI, and DDI Tigre.