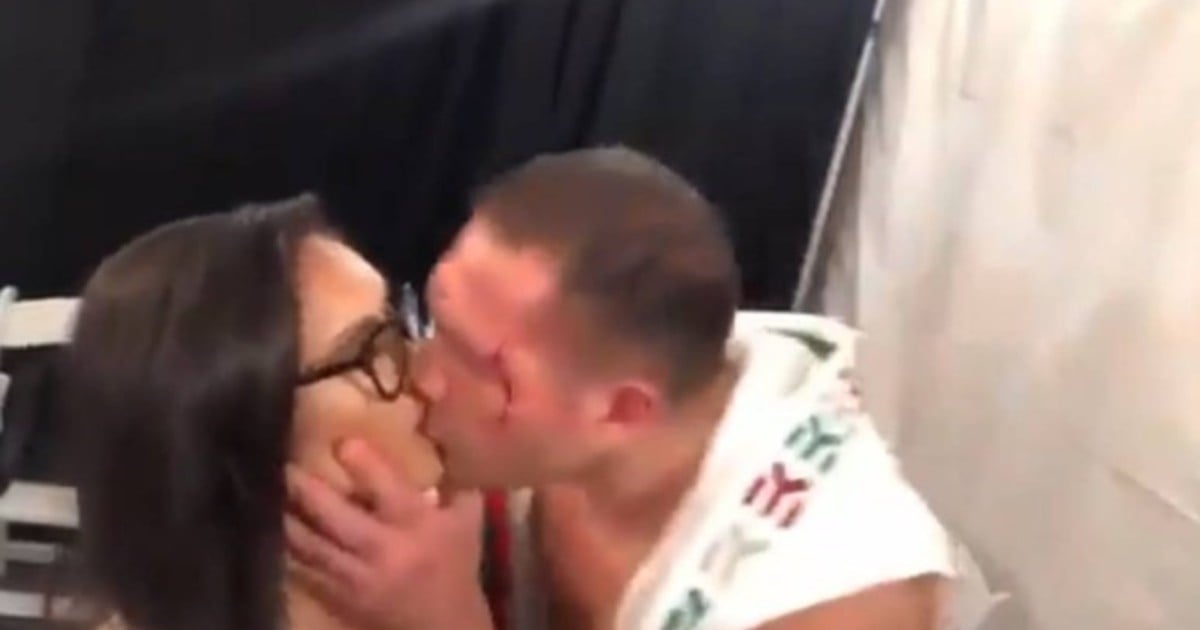 The bulgarian Kubrat Pulev, Reaping a new victory against the Romanian Bodgan Dinu after defeating him by knockout. However, the boxer was not news for his triumph, but for a reprehensible attitude after the fight.

The Cobra, as they say in the boxing world, did a brilliant performance in the ring. Despite suffering a cut in the eyebrow in the fourth round, by a successful blow of Dinu, he knew how to compose and to defeat him by fast track in the seventh round.

Subsequently, Vegas Sports Daily reporter Jenny Sushe came to ask him some questions after his victory. After consulting him for his preparation for the fight and for the sensations inside the ring, he proposed a hypothetical fight with the British professional boxer Tyson Fury, to which he replied that yes.

After his answer he took her back with one arm and with the other hand he grabbed her face to hold her and Give her a kiss on the mouth. The journalist, surprised, began to laugh before exclaiming: "Jesus Christ!".

This unpleasant incident of harassment provoked controversy in social networks and the victim herself criticized the macho attitude. The Australian sports journalist named Jai Bednall mentioned her on Twitter and asked if she had anything to say.

Sushe replied: "I'm embarrassed, it's weird". But he gave no more statements. Users quickly sympathized with her and destroyed Pulev.