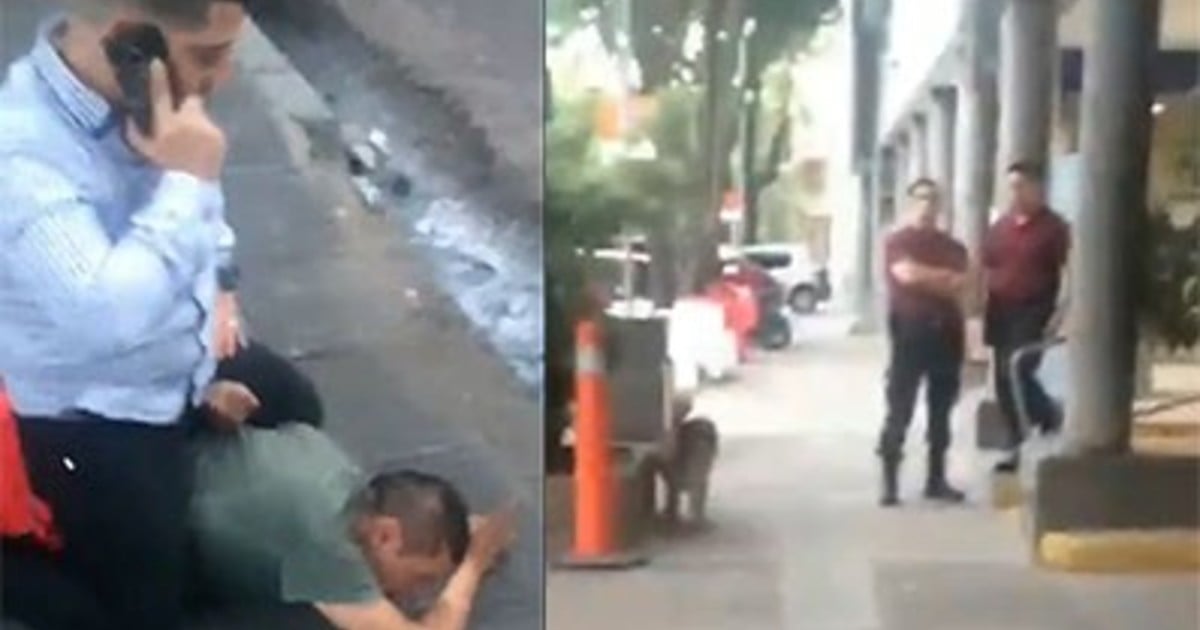 "Can you come and give me a hand?". The scream of the City Police officer dressed in civilian clothing while holding a thief against the ground was for his two colleagues who were stationed a few feet away at the door of the 34th police station in Nueva Pompeya, and nothing they did. They separated them from the Force.

This was confirmed by the Ministry of Justice and Security of the City: "It was resolved to initiate a summary, to pass availability, dismissal and a criminal complaint violation of the duties of a public official"

Everything happened in Quilmes to 400, in the neighborhood of Nueva Pompeya, in Buenos Aires, in the same block where the sectional.

It happened on Saturday, around 19, and everything was recorded in the video that the neighbor filmed that he was a victim of the delinquent and that he spat out the agents who did nothing.

According to the complaint, a man came in to steal one of the houses by the branch. But it was not the officers at the police station who detained him. The opposite. They did not do anything..

A plainclothes policeman was the one who arrested the suspect.

He was a City Investigation Division police officer, who was in civilian clothes, He arrested the suspect and held him to the ground..

The man, surrounded by furious neighbors, asked for help from the two colleagues at the door of the compound.

They look at each other with their arms crossed. The two agents were separated from the Force.

"Can you come and give me a hand?", you hear him yelling at his companions. But he does not get any help. In addition, the woman who was the victim of the robbery and who recorded everything with her cell phone, he rebuked them, but they did not move either.

Given this attitude, the Ministry of Justice and Security of the City they acted against the two agents and separated them from the Force. They are accused of violating the duties of a public official.