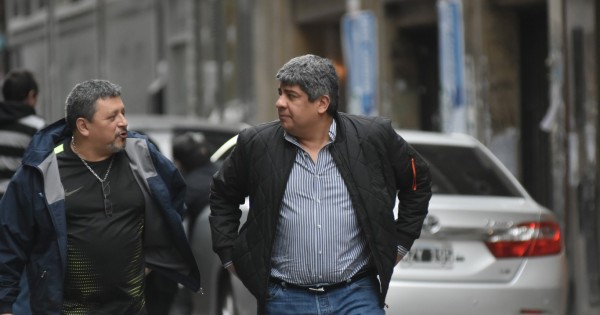 Pablo Moyano, deputy secretary of the truckers' union, accused the governor of Salta, Juan Manuel Urtubey, of "being afraid of going to a prisoner on an important front that represents all workers."

During a radio interview, the trade unionist responded to Urtubey's statements, which said yesterday that going to a PJ intern with former president and current Senator Cristina Kirchner will be an "electoral fraud."

"A blow not, well … I do not want to be a guarango, but this is a fear of going to a trainee where they will face (Urtubey) an important sector that represents the labor movement," Moyano said.

The leader added that this front "is being formed with the participation of many sectors, with trade unionists and mayors of Greater Buenos Aires, and with all those who see that Peronism has to raise the banner of workers, retirees."

When asked if he supports a presidential candidacy of the senator of the Citizen Unit with a view to 2019, Moyano replied that "I do not know if Cristina, there are many candidates" and quoted "Felipe Sol, Agustn Rossi himself and many others, so we have to make a great where we all participated. "

Copyright The Online Politics SA 2018.
Please do not cut or paste our notes on the web, you have the possibility to redistribute them using our tools.