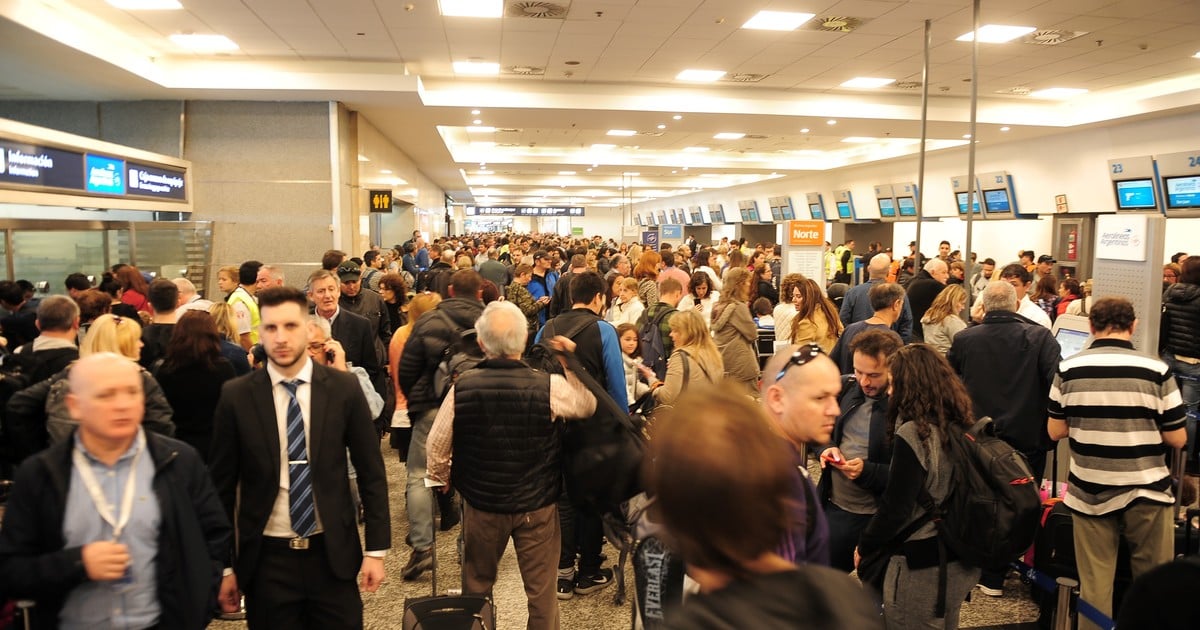 At the request of ANAC (National Civil Aviation Administration), the Government decided that this afternoon of Wednesday will Compulsory reconciliation to avoid 48-hour work stoppages called for this Thursday and Friday, by the guilds of pilots, APLA and UALA against what they denounce is the "foreignisation" of the activity promoted by the government.

It remains to know what the guilds will do, since they are crossed with the government. In fact, Pablo Biró, Secretary General of the APLA and who led the stick in the announcement of the measure of force commented Clarin: "It is not appropriate for them to dictate conciliation," He sowed doubt, though he did not argue why. But he added, "They'll see what our lawyers do if they dictate that."

It is worth mentioning that, if the union does not considered defaulting and can face fines and very expensive fines. Needless to say, this year Truckers faced a lawsuit brought by the government to disregard a mandatory conciliation: the fine was 1,042 million pesos, although the court ruled in favor of the union.

The conflict arose from Resolution 895/2018, published on November 22. According to the ANAC "aiming to rationalize the procedures of training of foreign flight instructors. Currently there are 28 qualified foreigners, all of them instructors, with proven experience and training to instruct other pilots, who represent a 1.5% of total pilots of Argentine airlines (1766). "

But the guilds of pilots, APLA and UALA, who called a 48-hour strike yesterday, do not see it like that. It was Pablo Biró, secretary general of the APLA and that touches on the Trade Union Front for the National Model that includes many guild leaders K, which explained: "There is a clear attempt to precarious and destroy the Argentine employment and, with that, the level of safety in the air navigation, we will stop for 48 hours as an initial measure." He continued: "We have narrowing of routes, fleets, disengagement of pilots. The policy of the commercial airline was a failure. In this context, ANAC is validating foreign pilot licenses to replace us. Some of them are so brutal that they do not speak Spanish. "And, contrary to what ANAC says, he told this newspaper that there are already pilots working at Flybondi and in Norwegian.

The level of tension has reached such a point that it is the first time in public that Biró labels Transport Minister Guillermo Dietrich as "corrupt" and Tomás Insausti, head of ANAC.

The minister linked the measure of force to a problem of "politics"":" The trade union group wants to inflict great damage on airlines, either undermine the Argentine aviation market and make passengers hostage because of this totally irrational stance, "Dietrich said.

Meanwhile, the head of the ANAC, Tomás Insausti, commented Clarin: "This questioning of the ANAC resolution is a new excuse to stop, before it was the arrival of Flybondi, or the airport of El Palomar and now it is because of the issue of licenses." The truth is that there was no policy change. "

For the unions, this new conflict is not an isolated event. They maintain that "the government advances with policies that break strikes or deflate union power." They point out, for example, that the Flybondi can serve the ramp in an autonomous way, avoiding the service of the state Intercargo. In turn, last week it extended for 30 days the authorization for the Air Force and the Aeronautical Police to perform tasks of ramps and platforms. In turn, airlines want to rediscuss collective agreements.