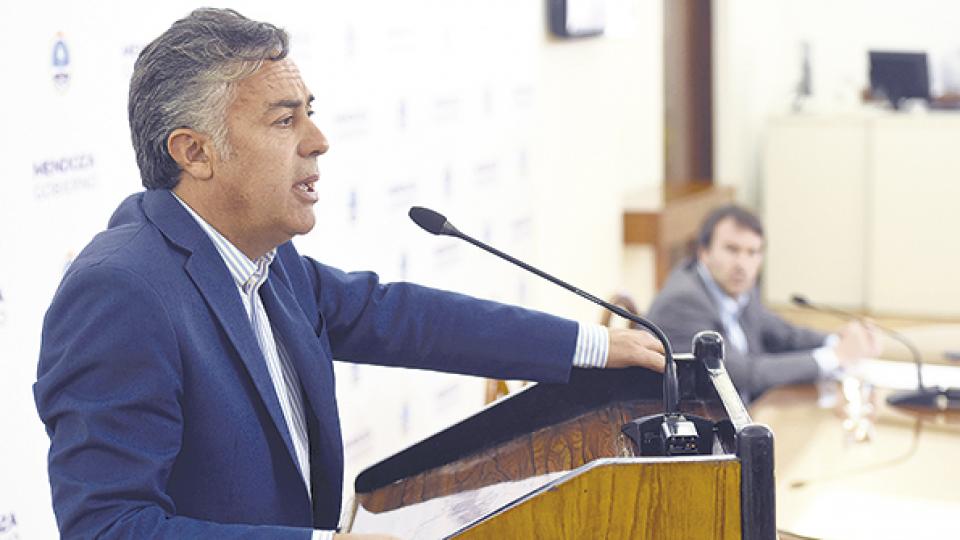 The radicals would not follow the strategy orchestrated by Mauricio Macri to unify all the elections behind his re-election. The opposite. The governor of Mendoza and head of the national UCR, Alfredo Cornejo, called the president to inform him that the decision was taken: his province will have elections separate from the nationals. According to radical sources, Macri agreed. In fact, he had already resigned himself to the fact that the co-litigants would not accompany him in October, just as he had asked them during his vacation. The governor of Jujuy, Gerardo Morales, has not yet set the date, but is leaning in the same direction. In both cases, Macri's bad image weighs heavily. For now, Mendoza will have his STEP on June 9 and the generals on September 29.

President Macri was able to twist the will of the governor of Buenos Aires María Eugenia Vidal and managed to have her accompanied by the head of government, Horacio Rodríguez Larreta, in the unification of the elections. They are the two districts governed by the PRO. But until then his influence seems to have come. In January, while on vacation in the country of Cumelen, Macri summoned Morales and Cornejo and asked them to unify their national elections. The two radicals unfolded in opposing arguments and eventually postponed the decision until the divisions of Buenos Aires were defined.

Once Vidal announced that he was unifying, the coreligionists were neither too happy nor too inclined to continue on their way. The reason is simple: Macri measures very poorly in both provinces (in Jujuy, even, there would be surveys that would give him a floor of 10 percent). After the pressures by all districts of Cambiemos to unify, in La Rosada began to realize the resignation that the UCR will follow its way. Perhaps that is why the dialogue between Macri and Cornejo, in which he communicated his decision contrary to the presidential desire, did not end in bad terms. "Macri agreed," some radicals exaggerated.

The truth is that Cornejo publicly said that he had reached a consensus with Macri and announced that PASO in Mendoza will be on June 9 and the general on September 29. Cornejo, supported by the radical interpreters of Mendoza, warned that "they are dates stipulated by the provincial law". "To avoid speculation of all kinds, I talked to the President of the Nation about the electoral calendar and he encouraged that election by complying with the law and rescuing Mendoza's constitutionality above all else," Cornejo said. phone last Saturday.

"Today 17 provinces will advance their elections, but many of them without law indicate the date," warned Cornejo. "This is the first time that Mendoza has a fixed date by law. We believe that, in terms of political rights, it is a substantial advance compared to 2015, as well as the suspension of the collectors lists.Today there are clear rules that do not change the electoral law and we will not change it, "he argued.

Both Morales and Cornejo said they would resolve the issue in March. However, it was not beyond the first days of February. In radicalism, they indicated that Cornejo needed to advance the decision to install his candidate, Martin Kerchner, who will try to succeed him, since he can not re-elect. It's also a way to take the pressure off Macri.

Morales, meanwhile, has not yet defined when the date will be and will not be in the same hurry: it is already clear that he will be the candidate. However, in their environment, they repeat the arguments that the governor of Jujuy presented to Macri: Jujuy is a province that represents only one percent of the national registry and its unification does not contribute to the re-election of Macri in a significant way. It would be mainly symbolic. On the other hand, if a course of Peronist victories is given throughout the year and Jujuy is unfolded, I could offer a Macri victory to Change. Despite all these arguments, it is still not certain that Morales does not decide to unify. Although much desire, note, do not have Macri's allies.