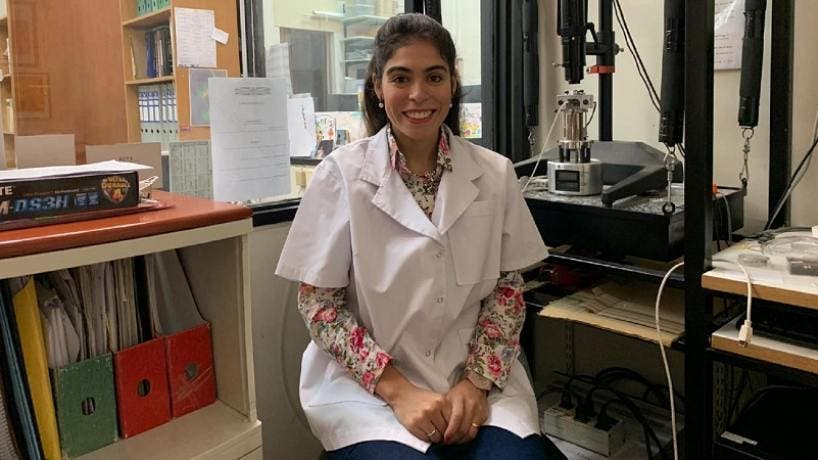 Florencia González Lizárraga competed against 350 works from the area presented from different parts of the country. The second mention went to another Tucuman, Luciana Medina.

O Argentine Society of Biophysics (SAB) granted Jorge Ponce Hornos Award to the Tucumana Florencia González Lizárraga, which competed against 350 works from the area presented from different parts of the country. The second mention went to another Tucuman, Luciana Medina.

The study presented by González Lizárraga, "COL-3 inhibits the pathological aggregation of alpha-synuclein and remodels maturation of amyloid fibers: possible compound to be reused as a neuroprotector," It was carried out within the Institute of Molecular and Applied Cellular Medicine (IMMCA) of triple dependence between the National University of Tucumán, CONICET and the Ministry of Health of Tucumán, under Rosana Chehín.

According to the Secretariat of Science, Art and Technological Innovation, the work also counted on the collaboration of the Center of Advanced Microscopy (CMA) of the University of Buenos Aires, directed by Lía Pietrasanta.

González Lizarraga observed that COL-3 is a substance derived from tetracyclines, which has been chemically modified to decrease its antibiotic activity. The advantage is that, because it is not an antibiotic, it can be used in prolonged treatments, such as neurodegenerative diseases, avoiding the generation of bacterial resistance.

The young researcher said that COL-3 would be better than doxycycline in terms of its neuroprotective effect. This antibiotic has been studied by researchers of Tucumán in recent years for its neuroprotective effects. "We have observed that it has anti-inflammatory, antiaggregating properties, leading to the formation of non-toxin species of alpha-synuclein and an advantage over doxycycline, is that it has the ability to disarm fibers that are added and are toxic in disease of Parkinson's. " , he said.

On the other hand, the SAB granted the second mention of the Prize Ponce Hornos to the Tucuman Luciana Medina.. It was for your study on the interaction of doxycycline in Tau protein, forming less toxic species in Alzheimer's disease. The aggregation of this protein is considered the main cause of neuronal death in this disease.

Three other researchers from Tucumán participated in the conference: Benjamín Socias, Natalia Ríos Colombo and Fernando Dupuy. The participation was also registered to join the board of directors of SAB, through César Ávila, elected member.