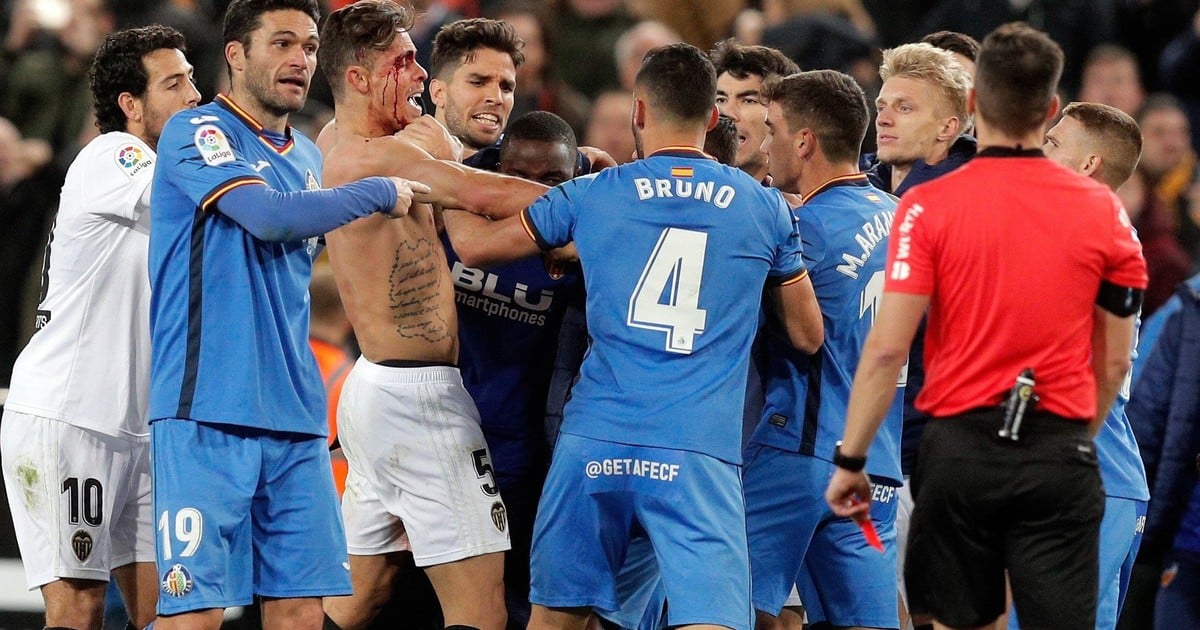 Valencia rebounded agonizingly against Getafe and advanced to the Copa del Rey semifinals. "We showed an impressive character," said Rodrigo, who scored 3-1 at the Mestalla after the 0-1 first leg. However, the celebration was marked by the players of both teams, who finished to the punch.

Neither the police nor private security could avoid fighting between the two campuses. So much so that the Argentine defender Ezequiel Garay had to spend the night hospitalized in observation by the "strong blows to the head", according to he himself told in his Instagram account.

Garay, at the hospital. The Argentine defender said he should be under observation. (Instagram)

Earlier, Garay joked about the clash of heads he had with fellow Valencia team-mate Gabriel Paulista, who ended up with a face of blood. "You always have to die on the field," he wrote in the dressing room at the Mestalla. However, when the pain worsened, he had to go to the hospital.

Garay playing with Paulista, with whom heads were fighting in the middle of the incidents. (Instagram)

The referee Xavier Estrada Fernández's report was stoned. There he indicated that Bruno Gonzalez, Getafe player, faced Diakhaby, "who had just entered the field, grabbing him by the neck and beating him"He had to be separated by several players, being later expelled," he wrote.

He also noted the behavior of his partner Damián Suárez, who said that "entering the tunnel, it gives a elbow for a member of Valencia CF wearing club clothes and soon after hits in the face of another member. "Later," he continued, "inside the tunnel he turned to my assistant number 1 while repeatedly tapping him with his index finger on his chest and threatening him in the following terms:you are a cagon& # 39; "

The minutes also describe that Jaime Mata, of Getafe, also in the tunnel, addressed the same assistant and said, "Shame arbitration" repeatedly.

On the other hand, on Valencia Mouctar Diakhaby, who was a substitute, the referee commented that the game ended Bruno, "while I grabbed him by the neck and hit him." "He had to be separated by several players, being later expelled," he said.

Finally, it was observed that in the ninety minutes of Valencia Ismael Fernández Rodríguez was sent off for "going to the opposing bench after reaching a goal in a provocative and disrespectful way and telling them: & # 39; take fighters & # 39;repeatedly. "

"I think there's a lot left over from the end. For some, it has been the product of euphoria and, for others, frustration. I wish there was a different result, but it has been so. We are the only winners and we are pleased to continue in the World Cup, "said Marcelino, Valencia CF, after reaching the semi-finals.