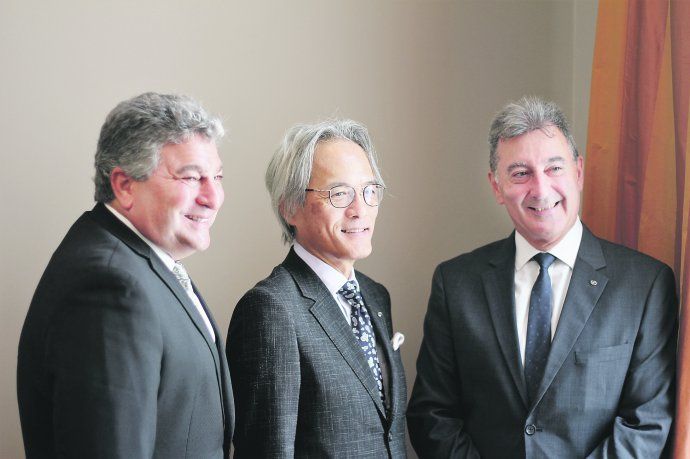 The launch comes at a time of market with strong retraction, with some similarities to what happened when it came out of convertibility and the brand suspended its operations, but the company highlighted the differences with the time.

"Within the sustainability framework that Toyota has achieved, we have reached a degree of maturity, which we did not have years ago, where Lexus is complementary to our Toyota proposal in the country and, because of the volume of business we have today in Latin America, It is possible to give this brand the same sustainable project in the long term and have access to many Toyota customers who own a premium vehicle from other brands and convince other customers that they are in other brands, "explained Daniel Herrero, president of Toyota Argentina.

The company expects to market about 300 units per year based on a range of high quality vehicles.

"The new Lexus has a very attractive design, excellent performance and a high level of technology," said Yoshihiro Sawa, president of Lexus International.

In addition to the characteristics of the vehicles, the service proposal is also located at the Premium level. For example, users of these products will have a 24-hour assistance system that, for any inconvenience, will provide the necessary help and replacement of the unit until the problem is resolved. It also offers a warranty of 5 years or 100,000 km, for conventional engines, and up to 8 years in the hybrid versions. Prices start from U $ S 76,700 to U $ S201,000, with the particularity of having, in the hybrid versions, the lowest value due to the tariff preference for ecological cars that pay 5% of the tax instead of the 35% overall. .

About the country's instability and the decision to launch this new brand, Steve St. Angelo, Toyota's CEO and Lexus for Latin America, said: "Argentina has complex times. When I arrived in the region in 2013, it was a difficult time. But some of us were told we were crazy, but it was one of the best decisions I made, as the head of the region "

The November patenting once again showed the Hilux pickup truck as the absolute leader in sales, above the small and economical cars, considering that it is a vehicle that doubles in price. For Toyota president, Daniel Herrero, the explanation of this phenomenon is based on the great demand of sectors like the field and the mining. The businessman said that in the latter case, they have had important requests from various companies to expand the fleet of vehicles. Meanwhile, due to increased demand from the agricultural sector, Herrero made a positive prediction: "It's a clear sign that we will have a very good harvest."