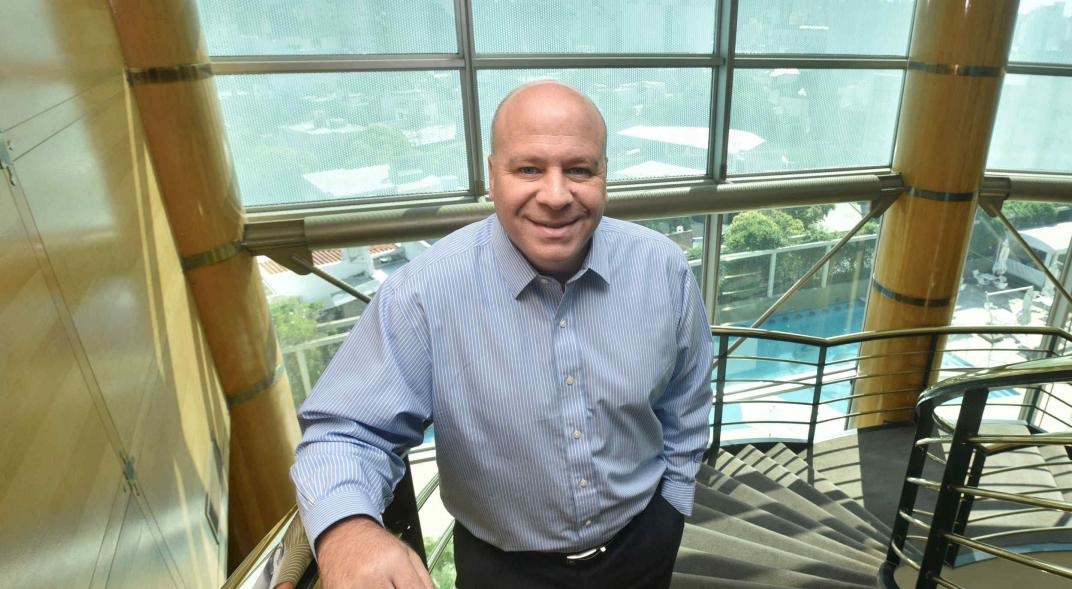 From June 7, the city of Córdoba will join the "club" that until then formed Buenos Aires, Montevideo, Santiago de Chile, Rio de Janeiro, Manaus, São Paulo and Brasilia. These cities make up the American Airlines operation in the Southern Cone of the US, a business the airline began to develop in 1990 and was growing steadily.

Córdoba will enter the map that connects the region with different destinations in the United States with the debut of the direct flight to Miami, which the airline will operate with four weekly frequencies (Mondays, Wednesdays, Fridays and Sundays), from Ambrosio Taravella airport.

What does Cordoba have to enter this board? "Here we see great potential not only because the province's population is important, similar to that of Uruguay, but also because this route can be a more efficient and accessible exit point for the United States to regions across the country that today must pass yes or no for Buenos Aires, "said Gonzalo Schames, regional manager of the Southern Cone of American Airlines.

The executive revealed that the opportunity that opens here points to two companies that the airline develops with equal interest: the transportation of passengers and cargo.

In fact, the latter, run by American Airlines Cargo in the same fleet it carries people, performed "exceptional" in the region in 2018 and made billions of dollars.

In Argentina, US cargo exports grew by 11% in volume between 2017 and 2018 and had peaks of up to 36 tons of different types of goods transported in a single airplane.

"It is a business that weighs considerably less than the passenger, but very important for the company and determining in the case of some routes," Schames said. An example is Montevideo-Miami, where the cargo business in both directions (Uruguayan exports and imports) feeds the route.

In Argentina, American has an important business in transporting fruits (cranberries, cherries, etc.) and seeds from the southern, coastal and northwest provinces via Buenos Aires. Another product that moves is the Chilean salmon, which travels overland to Ezeiza.

"We believe that much of this can be done from Cordoba, because it offers less logistical costs, getting closer to the places of origin," Schames said. And he anticipated that a company team also explores potential new customers in the province.

The flight from Cordoba will be operated with a Boeing 767 of 177 seats in economy class and another 27 in business class. Depending on the number of seats covered and the fuel loaded, an aircraft can carry an average of 15 tonnes.

Schames arrived in Córdoba with specialized personnel from American Airlines headquarters in Dallas (United States) to conduct an inspection at Taravella airport in order to establish the local operation.

For now, the company has not determined whether to take personnel to Cordoba, but will require its own staff for maintenance tasks, as well as require outsourced services that are already provided at the local air terminal.

"The flight has been on sale for months and has been growing steadily," said the director, who explained that "for the culture of the Argentine traveler, who does not buy in advance," the company believes that "demand will skip." since April ".

The tourist potential of the route is wide, according to the company: it will be the only direct flight from Cordoba to the United States. At the destination airport (the Miami International), American Airlines operates 360 daily flights to 135 destinations in 43 countries.

"There are direct connections with all of the Caribbean, Central America, Mexico, United States, Canada, Europe and additional stops for Asia," Schames said.

Niches like the high-income Americans who come to Córdoba for hunting tourism or groups of Argentine quinceaneras who spend their birthday in Orlando are of particular interest to the new route.

American also sees potential in corporate traffic both ways. The software place is one of those that follows closely with interest.

The devaluation hit, but did not stop the plan from growing.

Córdoba The fare for the new flight to Miami varies according to the season, on average, between 700 and 1,000 dollars. You will arrive in the afternoon to Miami with fast connections.

More foreigners. The devaluation has reduced demand, but the American has been adding passengers from abroad. The ratio went from 65/35 (Argentina / foreign) to almost 50/50.

The original text of this article was published on 01/30/2019 in our printed edition.