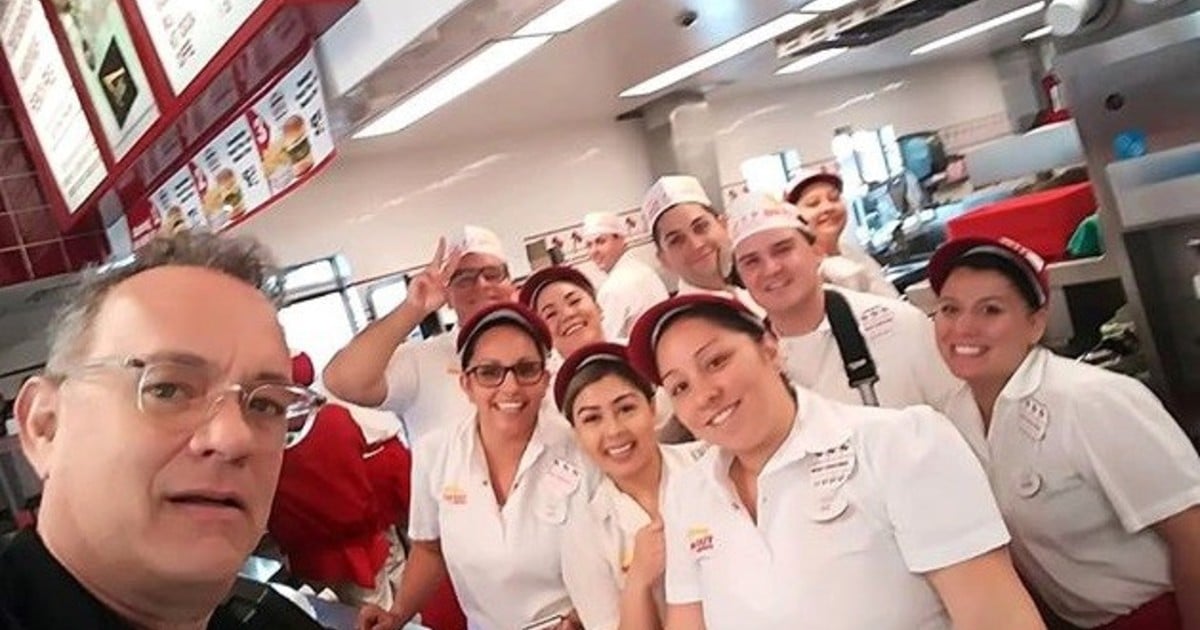 For many of his fans around the world, Tom Hanks He is as good a person as some of the captivating characters he portrayed in the movies. And, last weekend, there were those who had reason to confirm this good reputation.

On Saturday, the 22nd, the weekend before Christmas, the Oscar-winning actor was in the car with his wife. Rita Wilsonand decided to stop for a hamburger and have a drink at the In-N-Out fast-food restaurant in Fontana, California.

As expected, as soon as they stepped on the spot, a commotion erupted and several workers and clients did not stop asking for selfies and autographs.

But Hanks not only agreed to pose and sign what they asked, but he sat with the people to talk, and finally, he paid everyone's food.

Quickly, the gesture was viralized by social networks, where the participants shared the surprise and the photos.

"Look who visited Fontana In N Out! Tom Hanks, and he bought us a nice lunch!" Posted a user on Twitter.

Tom Hanks Together with the employees and customers of the fast food establishment. Photo / Instagram

"I had the absolute honor to know the only Tom Hanks and your beautiful wife Rita Wilson"One of the men who took the opportunity to take a photo said in his Instagram account." They are the coolest people I've ever met. "

Hanks and Rita Wilson with a fan who shared the image on Instagram and wrote, "They're the coolest people I've ever met." Photo / Instagram

In the images and videos for Hanks He is seen in a very good mood, surrounded by clients who left the place with a full belly and a smile from ear to ear after being portrayed with one of the best actors in the world.