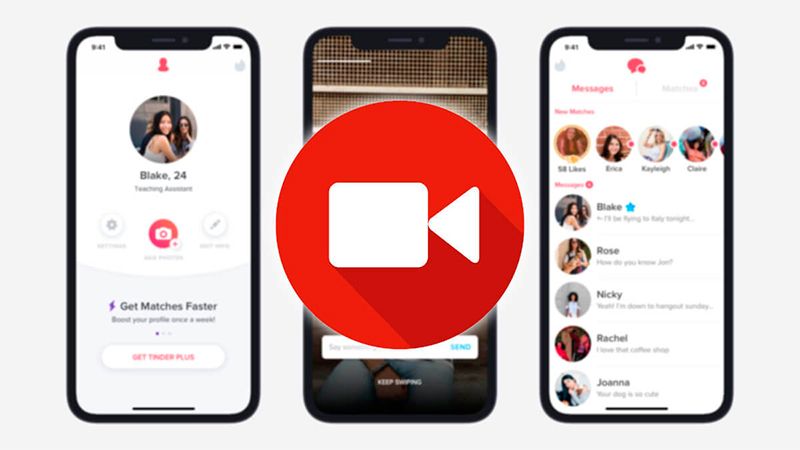 Since Tuesday, Tinder members can meet via video call, a function reserved for ‘games’, when both decide.

The company explains in a statement that If both users are interested, they can activate a video chat icon, and both must activate it before they can use the video call. If only one activates it, the service will not notify the other party.

Users have the possibility to disable video chat at any time, if at that time you don’t feel like making the video call. Further, no one can be forced to “know their ‘partner’ or be known”, They stand out from Tinder.

At the end of the video call, the service will request, and give you the opportunity to send a report or complaint to inform the Tinder team of any situation.

The new feature is also supported by Tinder’s trust and security team, which is in charge of its development. It has measures such as photo verification, security center and company technology to detect offensive messages.

Tinder users can disable video chat at any time, and they have to accept the rules of use before starting to use them. At the end of each call, it is possible to send a report reporting any problems.

Chat video calls began testing in July in regions such as Peru, Chile, Brazil, the United States, Australia, Spain, Italy, France, Vietnam, Indonesia, South Korea, Taiwan and Thailand. The novelty is that this new tool will now be available worldwide.

The pandemic had a total impact on the use of the social network, which saw a decrease in the number of users, mainly during the first months of the year due to confinement and restrictions imposed in different parts of the world.

The social network ended the first quarter with 6 million subscribers, compared to the 5.9 million it had in December 2019, which implies that it only added 100 thousand subscribers in the quarter. For comparison, in the quarter of the previous year, it added 384,000 paid users. Tinder’s average revenue per user (ARPU) also grew by only 2%, as a large number of subscriptions were not added.

The incorporation of video chat is a way of adapting to new circumstances. This option offers a new form of communication within the application. It is worth mentioning that it is not the only dating platform that has this alternative. Bumble, a dating app that saw an increase in the number of users during the pandemic, also has this function.