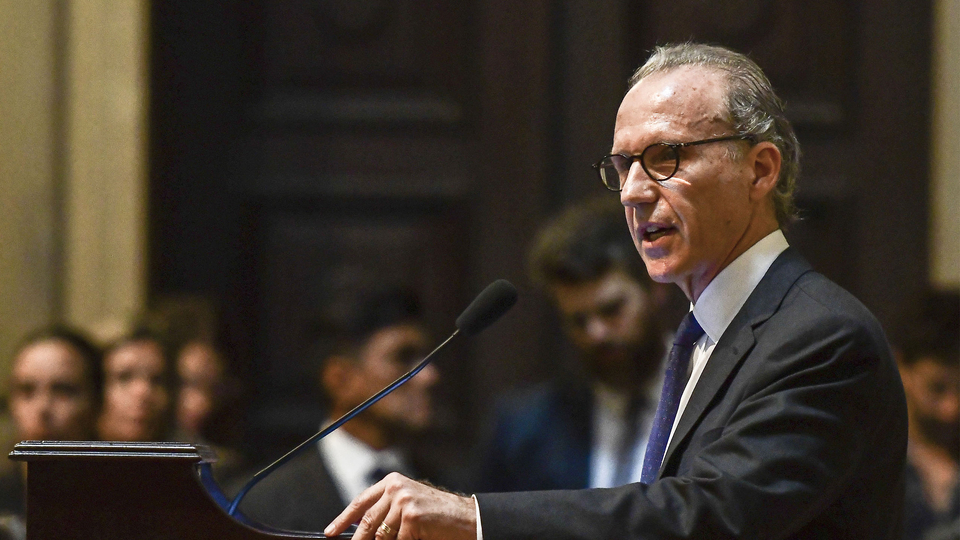 Unless one of its members changes their mind at the last minute, The Supreme Federal Court is preparing to sign a decision that will say that judges Leopoldo Bruglia and Pablo Bertuzzi cannot occupy a place in the Federal Chamber forever in the way that the government of Mauricio Macri handpicked them.. The high court will define, to resolve the substantive issue of by saltum which opened more than a month ago, that transfers of judges from one court to another are not permanent and that Anyone who wants to remain in office must pass a competition, be nominated by the Executive Branch and receive Senate approval. In practice, the pair in question can return to the court of appeal of Comodoro Py but only until the end of a new competition, to which they can present themselves. This is fundamental information: according to the standard outlined, The Council of the Magisterium must call a new competition for these two vacancies and cannot include them in what is already in progress for the other two vacancies in the same Chamber..

Until Monday night the position that nominations for “transfers” cannot be final was shared by judges Horacio Rosatti, Juan Carlos Maqueda and Ricardo Lorenzetti. Everything indicates that Elena Highton de Nolasco he agrees with the substance of the result, but chose to cast his own vote. The Supreme President, Carlos RosenkrantzHe would not move from what he announced a moment ago: for him the transfers of Bruglia and Bertuzzi are indisputable and could remain in the Federal Chamber forever, a position that animated the self-styled “republican” wing of the political opposition.

Bruglia and Bertuzzi were transferred by macrism, when they were majority in the Judiciary Council, from the Federal Court 4 to the Federal Chamber. In case of German Castelli, which was transferred from a San Martín court to the Federal Oral Court 7, was processed separately and will be resolved in another sentence that will have the same meaning.

As this newspaper learned from associates close to the highest court, the sentence will be criticized by the Judiciary Council, which was the body that prepared the report that questioned a dozen transfers, which led to the revision of the specifications by the Executive Branch and the Senate, which decided to reject it in the case of the BBC trio, after not being presented to the audience public. The questions will focus on the priorities of the body that, the courtiers would analyze, dealt with the transfers, but there are still delays in competitions.

The effects of the decision

The decision will have several effects. On the one hand, Bruglia, Bertuzzi and Castelli can continue in the positions to which they were transferred and make decisions until the appointment of the judges.. The Council must convene a new competition, contrary to what the governor intended, which was to extend the competition already in progress to two vacancies and to include in the order of merit those who took the exam and passed the interview. It remains to be seen whether he returns to the Federal Chamber, at the request of the Senate, the judge Eduardo Farah, who had come to office by contest. In that case, only one position would be contested. A competition must also be opened for the oral court.

Another consequence of the decision is that governments will have limitations on transferring judges: they could do so, but not permanently.

The ruling would be known on Tuesday and would provide a specific definition of the requirements for transfers and their duration. The trio of judges at the Rosatti-Lorenzetti-Maqueda Court is the same who signed the 2018 deals that the other trio, of entrenched judges, tried to use to argue in their favor. It does not appear that the Federal Supreme Court will agree with them, at least on the whole.