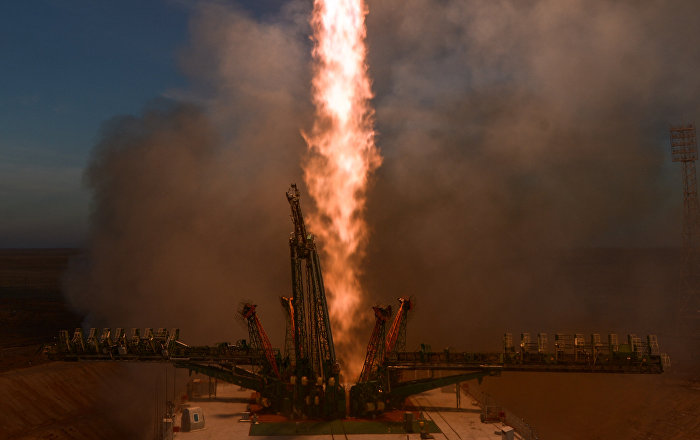 German astronaut Alexander Gerst has recorded a magnificent quick-camera video from the window of a module of the International Space Station (ISS) in which it is seen how a Soyuz spacecraft traverses different layers of Earth's atmosphere.

In the recording, which was published by Gerst on Twitter, you can see how the rocket leaves a soft trail of condensation that changes its color from white to blue before the spacecraft becomes a small spot surrounded by total darkness.

"I still can not assimilate that humans are traveling at the top of this lone white line toward the huge black space," Gerst wrote in his social networking account.

The Soyuz MS-11 spacecraft was launched on December 3, 2018 from the Baikonur cosmodrome in Kazakhstan to transport NASA astronaut Anne McClain, his Canadian colleague David Saint-Jacques and the Russian commander of NASA. the ship Oleg Kononenko.

More: The ISS crew will return on December 20