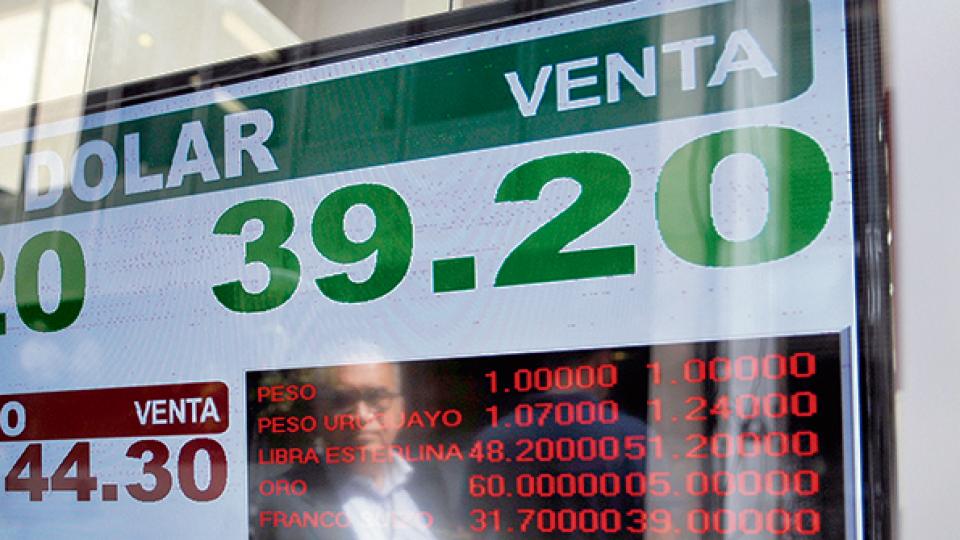 Foreign exchange pressures returned to the city of Buenos Aires. The dollar rose 35 cents yesterday and stood at 39.16 pesos. In the last two days it has scored a 54 cents advance and raises a 95 cents increase from Dec. 3. The president of the Central Bank, Guido Sandleris, can not lower the interest rate of 59%. This is because banks have stopped renovating Leliq and have generated an issue of more than 122 billion pesos since the middle of last week. The international financial climate has not helped to reduce exchange rate pressures. World stocks showed sharp declines. Argentine bonds in foreign currency fell again and country risk recovered (see separate).

The dollar showed an increase in volatility in recent days. Yesterday the wholesale exchange rate stood at 38.17 pesos, up 34 cents. About $ 630 million was traded in a market that showed an increase in buying pressures at the end of the day. In futures markets, the equivalent of USD 1165 million was negotiated, of which 70% was agreed in December and January. The prices were 39.07 and 40.90 pesos, respectively. The monetary authority granted Leliq 125,132 million pesos, with an average rate of 59.08% and a maximum of 38.16%. International reserves fell 40 million and closed at 49,882.

The Central is in a trap. You can not lower the interest rate to avoid accelerating the fall in Leliq's stock (and the increase in weights in circulation). The problem is that this high interest policy causes a sharp increase in the entity's future obligations. The body in charge of Guido Sandleris pays about 34 billion pesos in interest per month. This is the crossroads. If you lower the rates, the banks do not renew the Leliq and the weights are issued. If you do not reduce it, future commitments are generated by very high interest payments that, sooner or later, end in issuance to cancel Leliq's maturity.

In the market show concern about this monetary trap and mention that the background of monetary programs that faced the same problem could not be successful. The difference between the nominal interest rate of almost 60% per annum and inflation expectations of 30% for next year allows us to observe the imbalance of the economy intuitively. As the Central Bank validates such high real interest rates (close to 30%), the consequences for the domestic market are very important. The main one is the contraction of activity: levels of real interest make access to consumer loans and investments prohibitive.

The lack of confidence in the sustainability of the monetary program is one of the main elements to explain the volatility of the dollar. Investor confidence is broken and short-term bets reign. For now, the exchange rate is closer to the floor of the exchange rate band than the ceiling. In part, this is due to the manipulation of economic equipment in future markets. But analysts in the city do not rule out the possibility of further executions in the coming months.

A new process of exchange rate instability could be triggered by political and economic factors. Next year, the electoral process could generate a strong jump in dollarization of assets. Investors tend to take refuge in foreign currency in election years, a phenomenon that is reinforced when the contest results are uncertain. The expectation about the performance of the economy is another point that also generates a tendency of dollarization. Investors note that in the coming months the domestic market will remain stagnant and inflation will be at the peaks of the last three decades. This creates a setback in investor credibility and confidence and encourages the purchase of foreign currency.