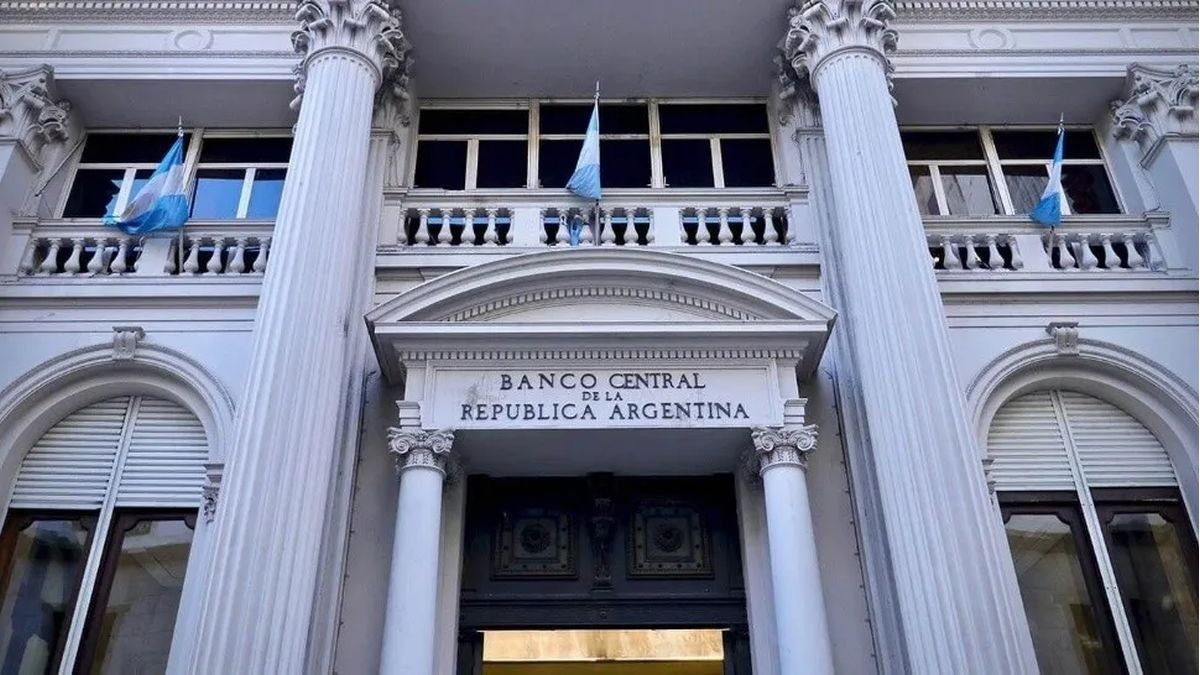 According to the consultancy, although “parallel dollars have no significant impact on inflation, in addition to some specific goods that can be imported with their own dollars, they increase the perception that exchange rate official is cheap, inviting those who can buy foreign currency ”.

Ecolatina also indicated in its report that the exchange gap “encourages the under-invoicing of exports and the over-invoicing of imports, reducing the net supply of foreign exchange in the country. Marketplace official. In the same vein, they promote the purchase of a ‘savings dollar’, seeking to arbitrate with parallel markets and obtain attractive returns ”.

The consultant’s conclusion is that “The bigger the gap, the more difficult it is to stop the drainage of reserves and contain exchange rate pressures”. In turn, this situation presents “More volatility and uncertainty about the future of the economy and less consumption and investment”. For Ecolatina “It will be almost impossible to reactivate the economy with a three-digit gap, and it will be almost impossible to close that gap without paying any cost”.

In recent months, the demand for dollars has largely beaten the offer in the official market, according to the consultancy motivated by the lack of confidence. In response, Central Bank used more than $ 1.6 billion in reserves to contain the currency in September -of which US $ 600 million was in the second half, after the tightening of actions– and more than $ 900 million in October. As a result, Open Reserves drilled $ 5.4 billion in the last week, reaching a low since the beginning of 2016.

“To make matters worse, discounting the $ 4 billion of gold and the $ 2,400 million of SDRs embedded in the IMF, concerns become even more urgent, forcing the monetary authority to turn to other sources,” he warns. Ecolatina. 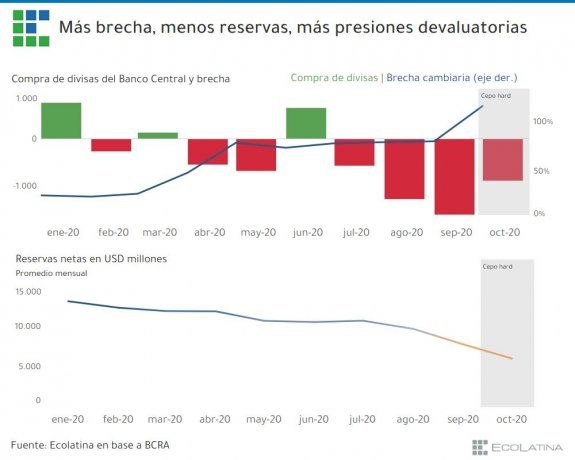 In the analysis of the scenario from now on, the consulting firm advises: “It is not absurd to think about a devaluation of the official exchange rate in the coming months. It is true that a jump in the official dollar would accelerate inflation and deepen all the problems that drag our economy into crisis, while delaying the incipient resumption of activity after the historical deterioration caused by the pandemic and quarantine. However, it is no less true that the freely available Reserves have been at a minimum since 2016 and that if an additional source of dollars does not seem to ‘burn’ in the market or the demand for foreign currency does not relax quickly – two things that seem unlikely – one exchange rate jump will be inevitable. “

In his report, Ecolatina, he states: “The problem is that the devaluation would not only aggravate the pre-existing problems, but also does not guarantee the stoppage of the race. In a context of such low reserves, the balance between supply and demand for dollars is uncertain, although the price adjustment is significant and there are no real reasons to continue devaluing. Therefore, an official dollar correction without a confidence-building plan is more part of the problem than the solution. However, if nothing changes, it is a result that will end up being imposed, almost inexorably. “

The consultancy also analyzed alternative scenarios: “Another option would be a further tightening of inventories, seeking to further reduce the demand for dollars in the official market. The results recorded since the last strengthening of exchange control were quite negative: the gap jumped and the flow of reserves was reduced at the margin. At once, Continuing to tighten restrictions would further impede the normal functioning of productive activity, hampering consumption and investment. Last but not least, if there are no substantive changes, the same situation will probably repeat itself in a few months. “

Therefore, they claim that “a devaluation would aggravate the problems, but it would also increase the actions: a vicious circle, from which it seems impossible to leave the top at this moment. Having reached this point, it is worth noting some recent changes“

In monetary policies, Ecolatina highlights the Treasury offers in pesos where instruments linked to the dollar and adjusted for inflation – RER – were offered, in addition to the return of temporary advances of almost US $ 100 billion that reduce part of the market’s liquidity. However, they maintain, “considering that the monetary authority transferred more than $ 1.6 billion to the Palacio de Hacienda this year, this change is not enough.”

“The successful auction of instruments tied to the official dollar price seeks to make default a virtue. Placements for dollar-indexed securities were almost double those adjusted for inflation, indicating that the market does not expect an exchange rate split -This includes any commercial operation- or that a significant part of goods imports are made with own dollars, that is, that the parallel exchange rate determines replacement costs. In either case, inflation would accelerate, but the official exchange rate would not increase. On the other hand, the good result indicates that an important part of the market is awaiting the movement of the official dollar ”, analyzed in its Ecolatina Report the signs of the market in the good placement of securities linked to the dollar.

On the other hand, he warns, “the recent and successive increases in passive repurchase rates by the Central Bank seek to shore up the weightings of financial institutions and that part of this improvement is transferred to the performance of fixed terms, something that has not yet been observed. Although this decision comes late and in very limited doses, at least it goes in the right direction. It is never advisable to make small adjustments, but they are very frequent, as an expectation of an increase in the market is generated and many operations are postponed.; therefore, it is generally more advisable to tighten monetary policy at once at the moment of greatest impact. “

“The foreign exchange market is on the cutting edge: if the demand for foreign currency does not decrease in the short term, a jump in the dollar can be as expensive as it is inevitable. After debt restructuring, the government sacrificed too many reserves in a context of high liquidity, betting on an almost “magical” improvement in confidence, which unfortunately did not happen. In October, with Treasury bids and the increase in interest rates on repo operations, some measures were taken to reduce the current excess supply of pesos. However, these changes came late and to a limited extent. Time is running out and the Central Bank’s firepower continues to run out. There is no reason to devalue; nor reserve to contain a race ”, concluded Ecolatina.