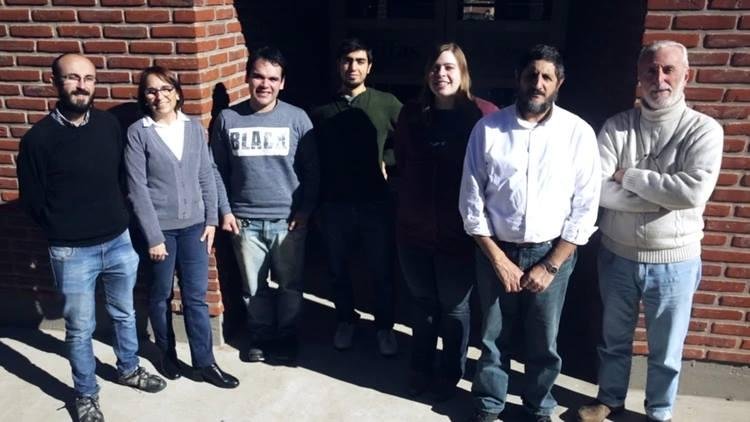 When working with infrared light, it is not only possible to study lying patients, but can be applied routinely without contraindications, even in pregnant women.

Although it is the best diagnostic method for the prevention of breast tumors available today, requiring breast pressure and using X-rays (whose frequent application may be harmful in the long run) means that mammography is not the ideal option . With this reality in the background, a provincial research team has developed an optical mammogram that does not require mechanical compression and can be used routinely even in pregnant women. His project has just received a prestige award from the Balseiro Institute for its potential.

Developed by the Biomedical Optics Group of the Center for Research in Physics and Engineering of CIC, the new mammograph uses infrared light instead of X-rays for the formation of medical images of breast tissues, which makes it a complementary method to the Traditional one that allows a more routine and intensive use due to the absence of contraindications.

This feature, in addition to the fact that its application does not require compression of the breasts, yielded to CIC's team of researchers the second prize in the 50K Balseiro Institute Contest. It is a prestigious distinction that distributes 50 thousand dollars among the best business plans developed by young techno-entrepreneurs of our country.

"The goal of our ophthalmic mammography is not to replace traditional mammography, which is currently the best method available, but to provide a device that physicians can more easily apply to their practice, an option that also provides solutions in areas that traditional mammography does not can cover, such as continuous monitoring in younger women, "explains Juan Pomarico, one of the project leaders. In addition to the fact that being based on infrared light can be applied without any restriction (even in pregnant women), the optical mammograph offers the possibility of replacing the traditional breast compression with a more rested situation for the patient.

"Thanks to the fact that light diffusely travels within human tissue, it is possible to collect it from the same face with which the tissue is illuminated, as backscatter. This allows – instead of compressing the sinus between two plates as is done in conventional mammograms – the patient rests lying face down on a table with a transparent window from where it is illuminated and receives light, "says the researcher.

While development is at a very advanced stage and its operation is very good "there are still stages to be effectively implemented," acknowledges Nicolas Carbone, another member of the research team, as they are currently on Ways to put together the first prototype to evaluate with pathologists and oncologists if the proven benefits in laboratories are confirmed in patient consultations.

"The next step is to do the whole stage of the clinical trials where the device is tested to see if it is able to detect the presence of the disease by having to develop a device different from the one we use in the laboratory that can be taken to a hospital and tested, "says the CIFICEN researcher.

How the device works

The study is performed with the patient lying face down on a table with a transparent window from where it is emitted and the light is collected.

– Uses infrared light instead of X-rays, the application of which is contraindicated during pregnancy and can often be harmful in the long run.