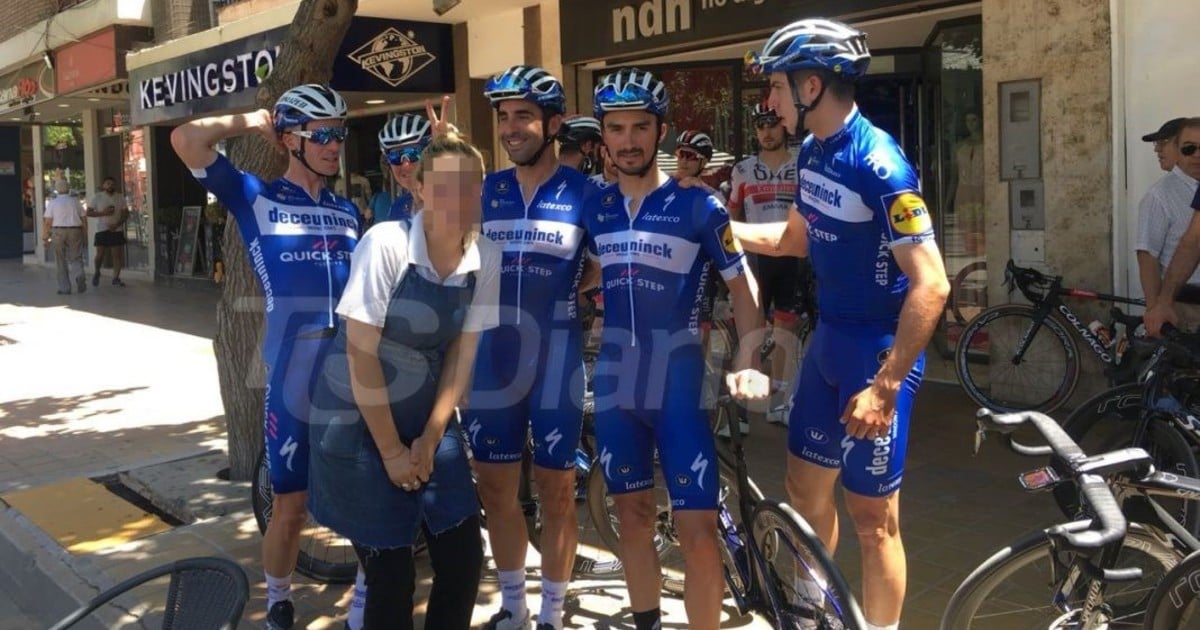 During the second stage of the Vuelta a San Juan (Interlagos, from Plaza de Chimbas to Punta Negra), the main cycling event in the country was marked by an attitude completely out of place by one of the most important competitors. of the test. An employee at a downtown bar denounced Belgian Iljo Keisse for sexually abusing her by supporting her genitals in her body when she posed for a photo.

According to the newspaper Telesol, the young woman attended the members of the Quick Step team (of which the Argentine Maximiliano Richeze is part) and, as she knows English, was able to initiate a dialogue with them. There, he learned that they should attend the flagship race and asked for a photo to show his classmates that the athletes had passed.

In the picture, Keisse is clearly seen leaning her hips forward and, as if that were not enough, holding the back of her neck with her right hand. Another member of the team, behind, executes with the fingers the "V" of the victory. Richeze, the other one who is located next to the girl, smiles, although it gives the impression that he does not see the gesture of his companion.

"I'm very angry, I was working, I asked them for the photo and they totally disrespected me, I went to the police station, I talked to my lawyers, I made the report in the police station, I hope they at least punish him or call him. can come to another country to treat women as if we were insignificant and useless things, I'm sorry if in your country women are treated like this, but this is Argentina and will not come here to do what it's singing butt, "added the woman.

At the moment, neither the team nor the Vuelta organization has talked about it. The second stage, meanwhile, was released 30 minutes later than expected and shortened by a weather alert due to high temperatures.