"It's because of imbeciles like you that people are so insecure about your body image", began the publication he posted on Facebook.

Shelly Proebstel published a strong letter on social networks and his words moved the whole world in a matter of days. "It's because of imbeciles like you that people are so insecure about your body image", the publication began.

The woman who lives in New Zealand faced the discrimination of social networks with a categorical message of equality and respect for others. The strong launch came after a bad beach experience. Mount Maunganui, Tauranga.

Shelly he discharged his anger into his account Facebook, where every day he writes motivational messages so that each one accepts his body with its virtues and defects. "To the guys who pointed and laughed at me when I took the pareo today on Mt Maunganui beach, I just want to say (sorry my tongue, but) FUCK IT!"shot. 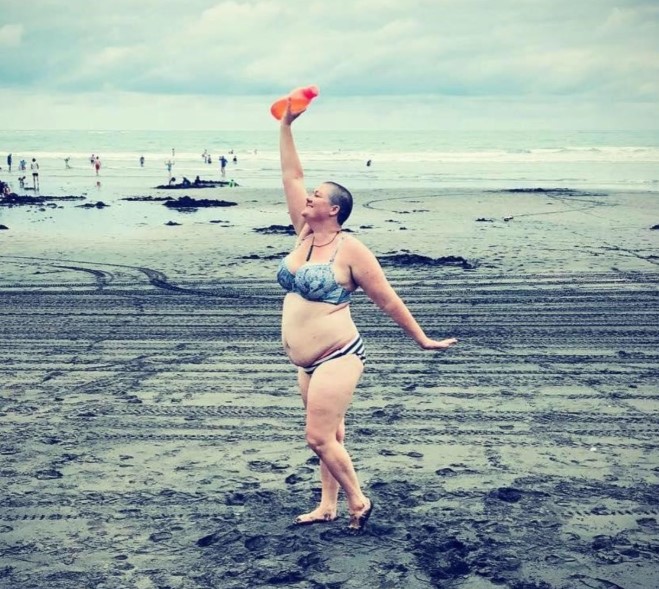 And he continued, in the publication added more than 50 thousand reactions and this accumulated about 8 thousand comments: "People like you make people become anorexic, obese, bulimic or self-injurious, commit suicide … And I could go on, no, you're not responsible for wholeness, but yes, he has to take responsibility."

Then the woman went on to explain what the appropriate reaction should be at these moments: "So the next time you see someone like me on the beach in a bikini or in a similar situation before laughing and pointing, take a moment to think about the harm it can cause because not all people, young or old, men or women, will have the strength to withstand all the harm you do. "

Besides that, Proebstel She was honest and clarified that she also had doubts at that moment: "I'm not going to lie, there was a fraction of a second that I almost covered again, but then I remembered everything I learned on that trip. So I kept my head up, took off my belly, and showed my body with pride."

Finally, he closed his text with a message to his parents: "I urge you to teach your children not only a possible and acceptable body but a rainbow of beautiful bodies. I urge you to be taught not to look directly into a larger stomach than you may be accustomed to see on television or in society, but to look at the face and eyes of a person.I ask you to be taught to be kind to all kinds of people, regardless of their outward appearance.I beg you to teach your children to accept people precisely because of their internal identity. "

"I urge you to teach your children to be role models for those around you who are not learning this. Seek your children to be the positive change we need to see in the world so that in 5 or 10 or 20 years there there are more people marked by the way they dress when they wear a bikini on the beach, " completed Shelly