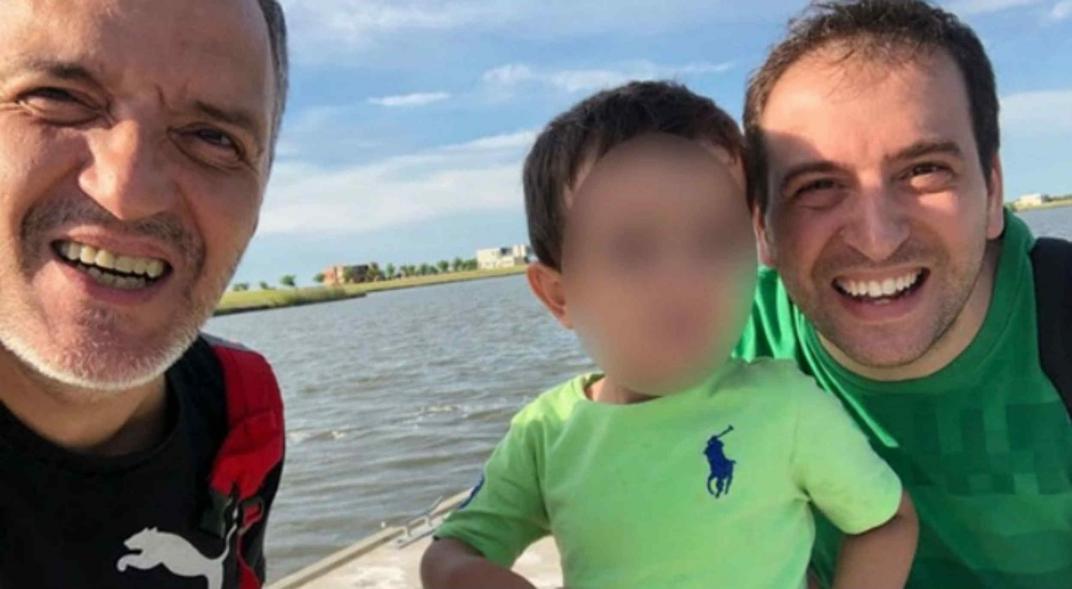 Leonardo Polti and her husband, Ignacio Santalla, decided to become parents about six years ago. They got thanks to a friend of theirs who offered to "lend their belly". The boy Juan Pablo, born three and a half years old, has no genetic link with her, because they used the semen of one of the parents and donated eggs.

Even so, the Justice maintains that those who were born of assisted reproduction techniques are, in reality, children of the one who gave birth, in this case, the friend of the couple.

The story was released by Infobae. Speaking to the newspaper, Leonardo said: "We have been together for 12 years and have always had the illusion of forming our own family."

"We started six years ago, the same marriage law had existed recently," he added. At that time, they discovered the record in the adoption record, but gave up, as the priority continued to be for heterosexual couples. They also thought of international adoption, but the high costs of traveling to Ukraine, India or Poland caused them to give up.

Renting the belly in the United States was also discarded, since doing it in that country costs about 200 thousand dollars. "So I asked:" And why not in Argentina? ", Added Leonardo. In 2012, there was a legal vacuum on the subject. "It was not forbidden and everything that is not forbidden is allowed," he said. So far, no couple of men in the country had ever had a child that way.

Seeking the corresponding legal advice, all that remained was to find a woman who agreed altruistically to be the father of her son.

A friend of the couple named Cintia was the one who helped materialize the dream. "Guys, I'm the person you're looking for," he said.

Leonardo and Ignacio with his son Juan Pablo (Infobae).

The first step was to do psychological therapy to confirm that she was the carrier and not the mother. In addition, both parties signed a consent. "It was all intuitive: there was a legal vacuum, so there was no specific requirement, the only thing we wanted was to make the process as transparent as possible," continued Leonardo.

The child was born on June 4, 2015. Legally, what they had to do was defy the birth certificate in which Cintia was listed as the mother and Ignacio as the father. The problem was that in August 2015 the new Civil and Commercial Code had just come into force. The rent of the womb was not yet regulated, but some bureaucratic requirements were added, among which the consent was sealed by a notary. And this couple was not.

Judge Mirta Agüero, of the 81st Court of the Family of the Capital, summoned the couple to discuss the case. The judge understood the situation and authorized to make a new birth certificate in which he said the child was the son of both parents.

But the resolution was appealed by a prosecutor who did not appear at the hearing. At nine months, House E of the Capital Appeals Chamber also appealed. In logic, one of the points is considered "homophobic" by the child's parents: "Recognition of equal marriage allows, through assisted reproductive techniques, two women to have access to marital affiliation in relation to a child born of one of them. system implemented by the new Civil Code does not grant the same right to two men as parents of a child to be conceived by another person. "

According to Article 562 of the Code, "those born by the techniques of assisted human reproduction are children of the one who gave birth and of the man or woman who also gave their prior consent." This indicates that the father who does not legally exist today as a father must adopt him. "It is a very strange way of protecting the best interest of the child … In this case of Juan Pablo, 3 and a half years, who has no mother, but two parents."

"It is crazy," continues Leonardo, "by the law, at this moment I am nobody, at most the husband of his father." An integrative adoption is made when you put yourself in a relationship with someone who already has a child and you are willing to adopt it, this was not the case, we both dreamed about Juan Pablo, "continued Leonardo. appeal to the Supreme Court.

The bureaucratic drama of this couple has not since October 2017 decided to have children along that path. Since then, there is a provision that allows those born through "joint gestation" techniques to be registered without having to request a judicial guarantee, explains Infobae.

The bureaucracy that affects Leonardo and Ignacio begins and ends on a date: they did everything before the entry into force of the new Civil Code, so the consent they signed does not have the seal of a notary.