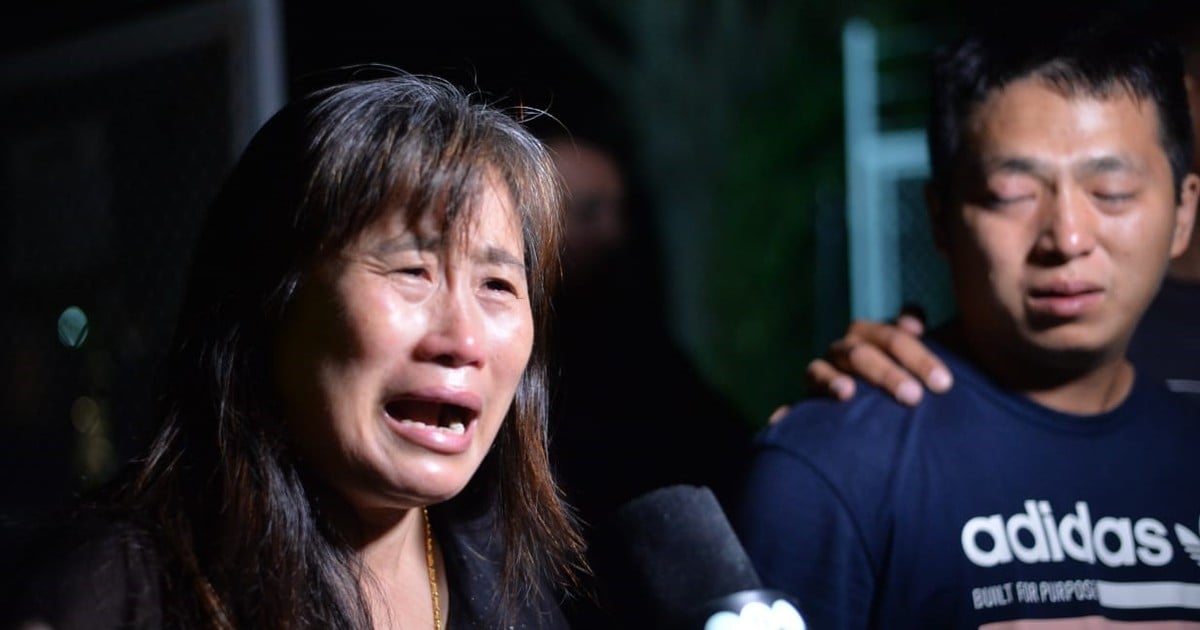 Lucas Kevin Lin, is the five-year-old boy who died drowned in the swimming pool of the colony of the Lincoln School in La Plata. Together with his brother, aged seven, he started going there three days earlier.

With three defendants in the case, a lifeguard, an alleged Physical Education teacher and the coordinator, all in charge of this group of 17 children, the mother of the deceased child fears that the case is nothing. Therefore chose Facebook to ask for justice.

"I took my two healthy children to the colony at Lincoln College. It was the third day they went, but when it was time to pick up the kids They gave me back a son."Wrote Jianying Li.

That Tuesday, when the teachers counted for lunch, between 3:30 and 3:45 pm, they realized that Lucas was not there. One of the people in charge of the group ran into the pool and found her. He was in the background, already dead.

"They gave me a cold, pale, injured and lifeless body.. You (for those responsible for the school) made me lose a child because of the negligence of the teachers who were in charge. My heart is broken, it hurts a lot. If I could choose, I would rather die than me and not my son, "the woman continued on a moving letter to which she added a photo of the baby.

"My heart is torn to pieces, it hurts a lot, if I could choose, I would substitute myself for it, I would rather die myself, not my son. Why did not the school take good care of my child? Where is the responsibility of teachers? My son was only 5 and a half years old. And because of his failures, I have lost him forever … forever, "Jianying Li concluded.

Min, Lucas's father. "I took him to learn how to swim," he said.

Kevin's remains were buried on Thursday at the Campanario cemetery, located in the town of Florencio Varela. It was her sister, Lucia Lin, who posted photos of the ceremony also on her Facebook account.

Two days after the baby's death, the Chinese community of La Plata, in which Lin is highly respected, performed at the door of the Lincoln School sports hall.

"How it pains to think of what he has suffered, alone and helpless. With the pain of understanding that he will never return, we will continue to demand justice. "In another post, the woman wrote:" The teachers realized at the last moment (of Luke's absence) when they had to gather all the boys. When I met him, I was already dead for a few hours.

This description of the events coincides with that of the promoter Cecilia Corfield, head of Instructional Unit No. 15 of La Plata, of the first statement of Martin A., the bathroom attendant who was in charge of the group. The judicial officer has not yet defined the cover of the case, but since the action, the Lin, who are no longer represented by the lawyer Fernando Bdair, suggest that it was simple homicide for possible fraud, crime with up to 25 years imprisonment.

This sentence would fall on the lifeguards, which would have had "ideal view of the pool" while Luke was suffocating. At the same time, the school would be complicated because whoever was in charge of the group would not be a received physical education teacher. It did not reveal what crime would fall to the responsible coordinator, who also interacted with other groups of children. Where Lucas was, the boys were between three and five years old.

Other relatives of the dead baby posted a series of questions and comments on Facebook. "The child must have fought and asked for help, the teachers did not notice the noise?"; "We give them a safe and healthy child." The family demands "a rational explanation of the school, the condemnation of teachers and staff, and the school's acknowledgment of its neglect on Facebook and the major newspapers."