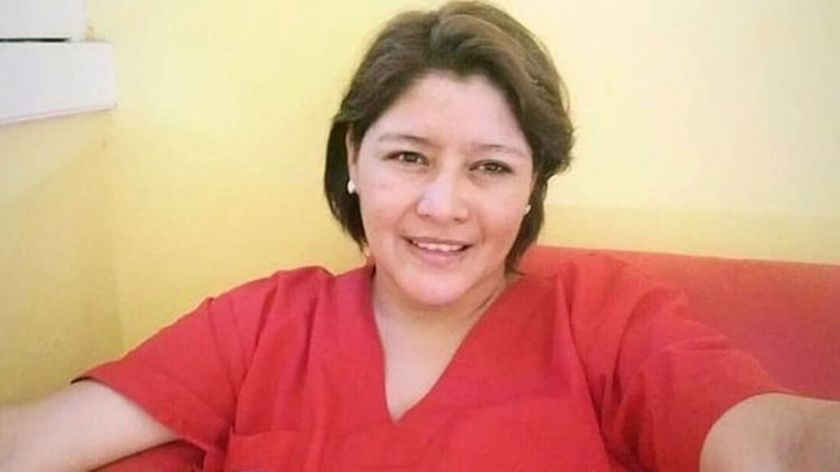 The body of Gisella Solís Calle was found this morning on a road connecting the towns of Villa Elisa and Punta Lara. The 47-year-old dentist had been missing since January 16.

The discovery happened this morning in the so-called Camino Negro, which connects these cities of Buenos Aires. Relatives of Solís Calle identified the body.

According to sources, the body was found next to leaves and the investigations believe that they are the same leaves that were not found in the home of the missing dentist.

At the scene, where the investigators arrived after receiving information from the 911 police emergency number, they worked this morning at the Scientific Police under the supervision of prosecutor 1 of La Plata, Ana Medina.
Gisella was last seen on Wednesday, January 16, and began to be sought after the family's disappearance complaint.

At the beginning of the search, a 55-year-old man, Casimiro Abel Campos, a dentist, committed suicide when he was spotted by police at a hotel located on Calle 49 between 13 and 14 of the provincial capital.

The task of the police and justice included the analysis of cell phones and the reconstruction of the latest movements made by Solís Calle's boyfriend in his truck, based on the record obtained in security cameras.

Staff from different police departments conducted six recruitment operations in different areas for which Campos traveled before committing suicide at a hotel in La Plata on Sunday.

The six attacks carried out had negative results and, therefore, the authorities advanced in declarations and testimonies, and analyzed images of the cameras by order of the Medina promoter.

In addition, dogs from the provincial force and members of the communications area of ​​the Ministry of Security, who searched the drone search areas, participated.

According to the family history of the dentist, Solis Calle disappeared after having a strong argument with the boyfriend, because of the double life that he had.

In the case, it was confirmed that the man spent the last weekend with his wife and children in the city of Lobería in Buenos Aires, and then moved to the provincial capital, where he committed suicide.