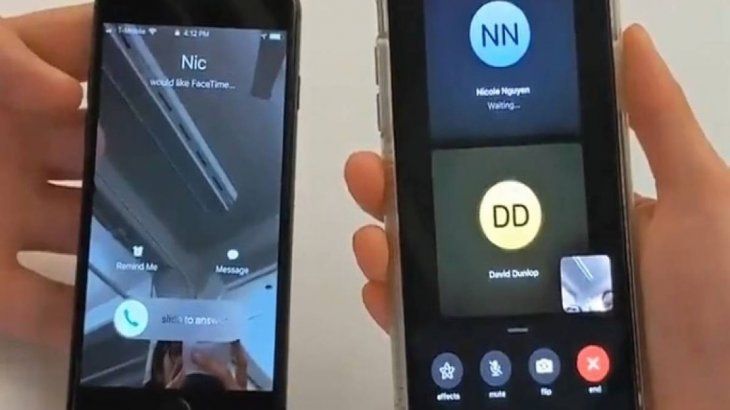 A video posted to the @BmManski Twitter account shows how easily this bug allows you to hear the sound coming from an iPhone connected via FaceTime. On Monday night, the video was seen more than a million times and shared about 10,000 times in California.

Twitter users explained on social network how to disable FaceTime, until a correction is provided.

A statement from Apple, quoted in the US media, states that the iPhone maker is aware of the problem and "has identified a fix that will be introduced in a software update over the course of the week."

According to videos posted on Twitter, when a person dials a phone number on FaceTime, they can opt for a screen for an option with the goal of adding a partner. This group call is initiated even though the caller has not yet responded.

"Disable FaceTime for now, until Apple fixes it," said Jack Dorsey, co-founder of Twitter, in a message posted on the social network.

Different users explained different mechanisms to disable the service and avoid exposure to failure, according to the product.

In the case of iPhone or iPad:

If it's FaceTime on Mac: