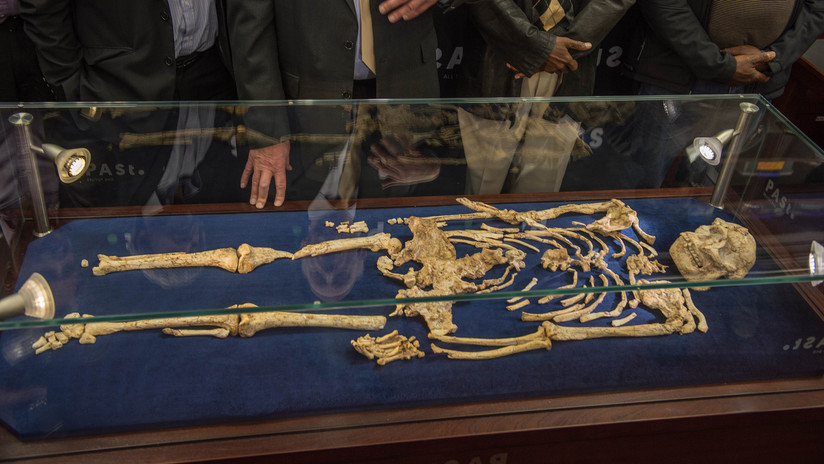 An international group of anthropologists presented to the scientific world a discovery that involved more than two decades of work in a cave in South Africa and in the laboratory. It is a hominid female dubbed the & quot; Small Foot & quot ;, which represents the best preserved fossil skeleton of the species Australopithecus Prometheus.

The specimen, found and rebuilt bone to bone, reached an advanced age on the day of his death. The first four fragments of his skeleton were found by scientist Ronald Clarke of the South African University of Witwatersrand in 1994, inside one of the Sterkfontein caves, northwest of Johannesburg.

They were the small bones of a foot and were believed to belong to a monkey, Clarke told exclusively to New Scientist magazine on Thursday. Because of their resemblance to known Australopithecines, the search continued, and three years later, more fossil pieces were found on a rock.

When the archaeologists began digging them, the bones were easily released and, therefore, they decided to separate them from the rock using only a trace of air, a tool that fires a fine stream of pressurized air. 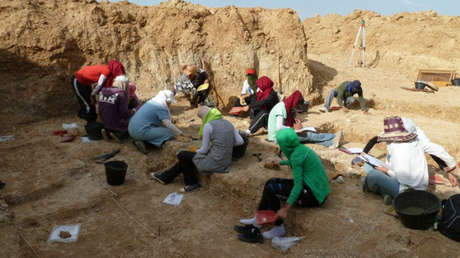 "I spent 20 years getting this skeleton, finding it on the rock in the deep darkness of the cave, locating each bone and then cleaning it enough to identify them [todos] in the cave, overlap them and remove them in blocks, "Clarke said.

At the end of this work, the scientist a complete skeleton of 90%. The result is especially noticeable compared to the best-known australopithecine female, which archaeologists unearthed in 1974 in Ethiopia and they called "Lucy & # 39;.

Clarke also highlights features such as a flatter face on Little Foot, the larger teeth in general and the higher spaced upper teeth of the incisor teeth. Female I just ate plants, experts say.

Half bipedal and traumatized

Historically, the South African is the first specimen of hominid from which we have evidence that its lower limbs were longer than the upper ones. However, scientists do not use the terms "legs" and "arms" to designate them and say that the anthropoid being was just on the way to slaughter.

The female Australopithecus Prometheus It was not as good to carry objects as we were, said another research team member, Robin Crompton of the University of Liverpool. On the other hand, he had better tree climbing skills than modern humans.

Anthropologists introduced "Little Foot" to the public for the first time in early 2017. This week they published new data on their skeleton. The hominid lived a large part of his life consequences of a serious injury. His left forearm showed "bilateral asymmetry" and there were also other deformations. The researchers imagined that he fell into the extended limb in his youth.