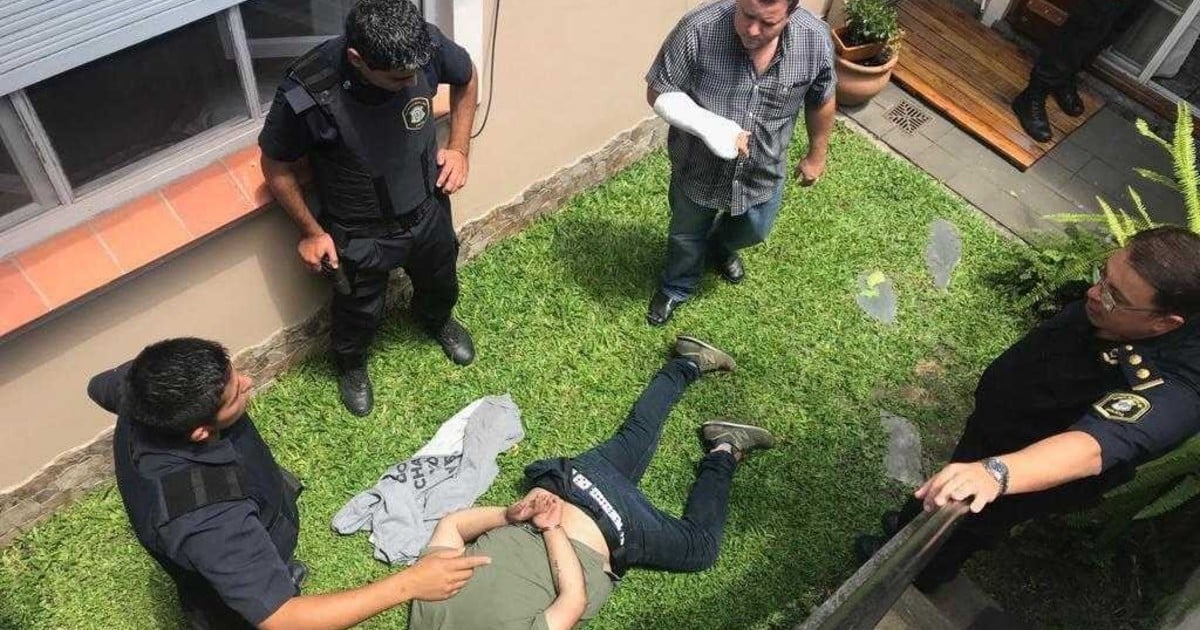 Since 2013 I was in passive service at the Federal Police, with an open administrative summary. I mean, I did not work. When the transfer was given to the City Force in 2016, Diego Javier García (44) went on the charge of sergeant but he never got to wear the uniform. And he will never put it on. He was arrested when he committed an attack in Morón with an accomplice and after firing with agents of the province of Buenos Aires.

Sources from the investigation reported that Sergeant Garcia's arrest came after agents at the 6th El Palomar Police Station were alerted by a 911 phone call stating that a robbery was being committed.

Sergeant Diego Javier García (44), formerly PFA and transferred to the city police, but with passive service, was detained in a hospital.

It was in Bergamini, at the age of 300, at the Morón party, that the driver of a 42-year-old Renault Megane Scenic green stopped for the first time, which was a documentary kidnapped, a police officer and an apocryphal credential of the Argentine Federal Police (PFA).

At that time, a 78-year-old retiree told police that a home was being stolen and that the offender had linked the husband, a 75-year-old former Malvinas fighter.

Sergeant Garcia, on the left, imprisoned along with his accomplice by a woman in Morón.

When the police entered the retired house, the thief started to shoot them and then he tried to escape from the rooftops. I would not go very far. They managed to arrest him and it was then that they found out that he was a City Police sergeant.

The agents kidnapped Garcia by hand, a Browning pistol caliber, 45 with numbered filings, black gloves and $ 6,000. In a house on the block where the arrest occurred, a neighbor told the officers that there was another gun in the yard: it turned out to be a machine gun without visible numbering and with the charger in place.

The machine gun that kidnapped the policeman and his accomplice after an entrance in Morón.

The retired couple who suffered the attack said they were doing parties in the house with several masons at the time the criminals entered and stole them. 29,000 pesos. Part of that money belonged to the Parish San Miguel Arcángel of the Air Base of El Palomar, of which the ex- combatant of the Malvinas is the administrator.

Garcia belonged to the PFA until June 25, 2016, when he was transferred to the City Police. From the Force of Buenos Aires they indicated that he was of passive service and with a administrative summary open since 2013, and that he never got to work for the city.

"Until the summary was resolved, I would not be active in the City Police, and completing this procedure belonged to the Federal", the fonts added.

The car of the criminals who committed an entrance in Morón when they were arrested.

The two criminals remained at the disposal of UFI No. 4 of the Judicial Department of Morón under the prosecutor Leonardo Lisa, who called the case "theft aggravated by the use of firearms and illegal possession of weapons of war."

Was the third case of a detained police officer in the context of a robbery this week.

Last Thursday, in Isidro Casanova, he was arrested a Federal police officer who went out to steal with his regulatory weapon and your car. Along with four other accomplices, they assaulted a super-Chinese and fell after being shot by agents of the province of Buenos Aires.

In the last hours, an agent of the Province of Buenos Aires was arrested after a persecution in La Plata, accused of assaulting a woman. The police officer wore his uniform and belongs to Escobar Command. When he was caught driving a Chevrolet Onix with a request for abduction.

Investigators later confirmed that the same car had been indicated by a woman who had been robbed on Friday at 183, between 69 and 70.