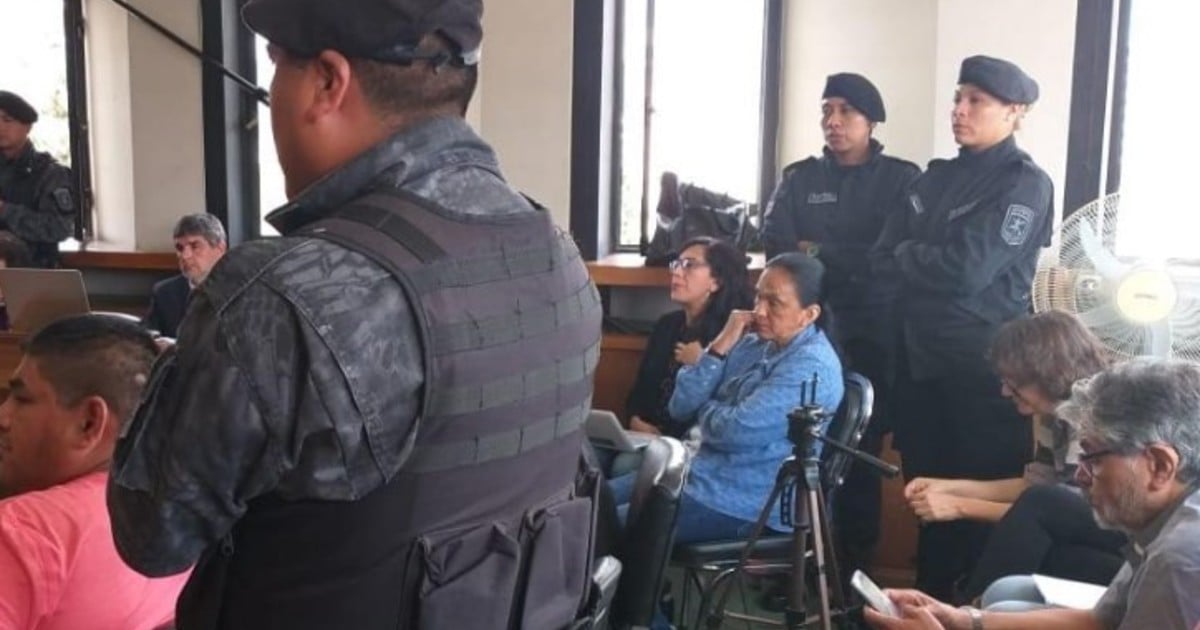 Miracle room accumulates sentence orders. A day after the prosecution sought 22 years in jail in a corruption case, the allegations of the trial investigating whether the Tupac Amaru leader hired killers to kill a man began. The prosecutor considered her guilty and asked Court No. 2 to give her 12 years in prison, while the defense asked her to be acquitted on the basis of "prescription" and "lack of evidence."

The lawyer, Marcelo Cuellar, named Sala as "co-author of murder qualified by price or promise of remuneration in a tentative degree."

The case known as "The Azopardo Shootout" occurred in October 2007. Sala is accused of having paid to kill the leader Alberto "Beto" Cardozo.

The testimony that directly incriminates her is that of the fugitive cooperativist Rafael Páes, who assured Justice that the leader of Tupac sent him and a colleague, Fabián Ávila, to kill Cardozo, the moment he confronted Sala.

According to the request for a trial, the leader of Tupac Amaru would have hired Fabio Alberto Ávila to kill Cardozo in return for giving him a house he owned that would have been delivered before the attempted murder. .

The truth is that in the neighborhood of Azopardo, a shooting occurred in which the three men were present and, as a consequence, an 11 year old girl was seriously injured.

After the confrontation, Cardozo filed a complaint in which he stated that they wanted to kill him, but then he was arrested for attempted homicide.

Páes was fired in 2016 by the criminal investigation judge, Pablo Pullen Llermanos, is at liberty and was not involved in this trial. "He was in fact in place of events, but this had nothing to do with the armed confrontation between these accused people," his lawyer said in 2016.

Sala's defense has pointed completely against his testimony – on which the case is based – which he considers false. "Páes was dismissed after involving the social leader Miracle Room in the incident. Impunity and political persecution add another chapter in the province of Jujuy, "denounced the Sala Milagro Freedom Committee.

Avila had also looked at Paes: "There were agreements between Páes and Judge Pullen Llermanos, that's why I'm here," he said. He denied that there was "an order to kill Cardozo" and said he was driving the car and did not shoot.

Sala's lawyer, Elizabeth Gómez Alcorta, requested the acquittal of her defendant due to the limitation period and "lack of evidence which prove the existence of the facts and the participation (Sala) in them ".

"It is always about events in which she did not have direct intervention, but at some point somebody appears saying that she ordered someone to do something. In all cases, that person is immediately benefited and my assistance is imputed or aggravated his accusation "argued the lawyer.