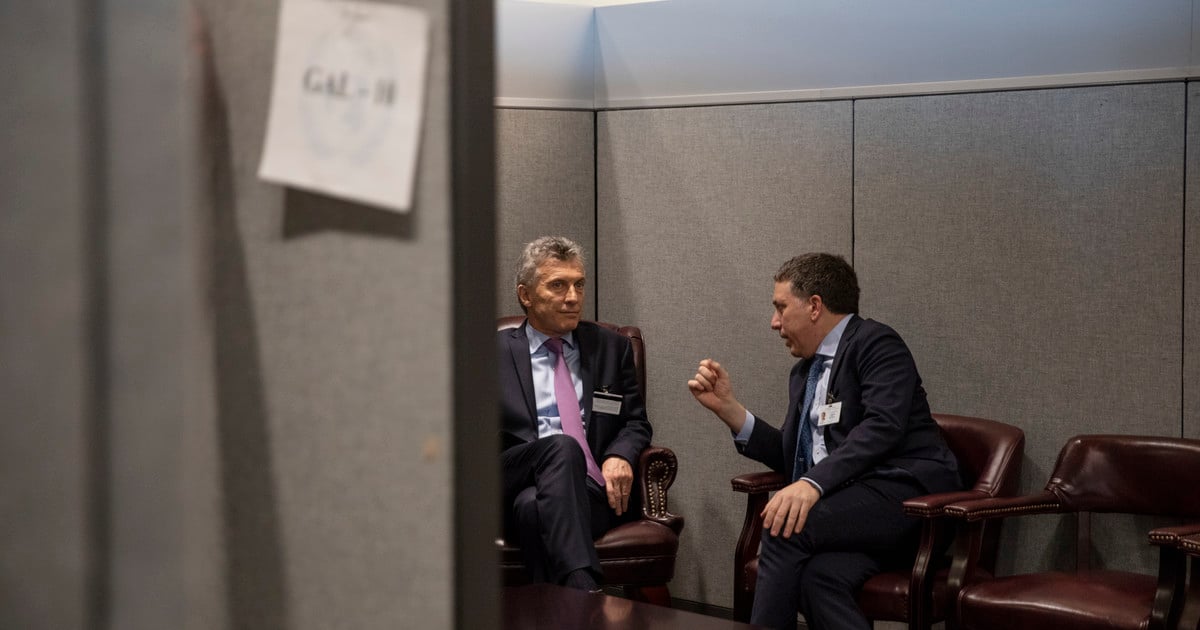 The worst has gone? The definition / issue that tortures the national government breaks again at the end of the year, starting with two sets of statistics. On the one hand, research has detected slight recovery of expectations on the other hand, inflation, tariffs and unemployment, among others, continue to be at the top of Argentine concerns.

This information is fundamental for some reasons:

1) Between the end of 2017 and the beginning of this year, the fall in economic expectations was "the" fact that accompanied the collapse of the image of President Mauricio Macri. Can something reverse be happening now?

2) Less than nine months of primaries, people's feelings about their future, say analysts, affects its tendency to vote.

These are the main conclusions of the research.

The national survey carried out by M & F consultancy exclusively for Clarin confirmed in the first week of December a recovery in economic expectations.

The work, known as the "Optimism Index," measures the image of Maurício Macri's government on political and economic issues, both now and in the future. The most recent data marked a generalized increase in "Political Optimism" and another improvement in the expectations of "Economic Optimism".

Juan Pablo Hedo of M & F explains: "In economic matters, the improvement in expectations about the future of the economy continues, which is reflected in an increase of 1.2 points in relation to the economic expectation index, the index that measures confidence in the current economy remained constant with an important anchor in variable prices, which became 1.8 pessimistic point ".

"In terms of policy," Hedo continued, "expectations were 1.7 points more positive and the assessment of the current diagnosis, 1.6." The largest increases were in the indicators that analyze the perception of future capacity of the sector. Government to solve problems (+2.6 points) and in the question about the concern at the moment of governing (+2.9) ".

The consultant released a few days ago the research he did in November. They were 1,439 cases nationwide. The work is called "Social and political humor" and ponders different variables. When you read the evolution of data on the economical image, almost everyone had a peak. Always keeping in mind that they come from a very pronounced low.

This company is one that measures "the issues that matter most." And it's clear preeminence of economic issues. The ranking is punctuated by "inflation", "uncertainty in the country's economic situation," "increase in electricity, gas and other increases" and "tax increases and taxation." Only in the fifth place does "insecurity / delinquency" appear.

Another of the researchers is a monthly follow up of the "Public Opinion". Last month they were 3,000 cases nationwide. And there they recorded several improvements for the government.

Examples In two months (from September to November) the negative assessment of the "current economic situation" fell from six points (from 70% to 64%) and the positive one (from 23% to 29%) rose six points. Besides that, expectations have recovered: those who believe that the situation will "improve" went from 33% to 35% in the last month and those who believe "will get worse" fell from 43% to 38%.

Anyway, he insists: the rebound occurs within a delicate situation. For example, more than 70 percent of their respondents cut "enough / sufficient" expenses to "go out to eat" or "tours such as going to the movies, theater, recitals." 87% said they "seek deals" to buy and 80%, which favors "quality prices".

This measure has as visible face Gustavo Marangoni, former officer of the critic. Between the end of November and the beginning of December they got rid of 1,224 cases nationwide.

The consultant makes a dual tracing in the economy's appearance: on the one hand, the staff; on the other, the general of the country. Both showed a slight improvement. The "Personal Economy Index" went from 31 to 33.9 points; and the "Index of the Argentine Economy", from 30 to 31.4.

The work of this company also shows the preponderance of concern with economic issues: lead inflation (38%) and unemployment (30%). Third and fourth appear, far away, insecurity (15%) and corruption (12%).

This consultant, who worked for years for Kirchner and continues to take his studies to Unidad Ciudadana, presented his monthly monitoring days ago, which lasted until the first days of December to measure the effect of the G20. As Clarín said, besides confirming the electoral polarization between Cristina and Macri, there was a positive impact on the image of the president after the international summit.

Rouvier also registered improvement for the government on a sensitive issue: the price increase. Since September, the number of respondents has dropped, which considers that inflation "will not decrease" (from 70.8% to 65.7% in November) and, in parallel, those who believe it will "decrease" (from 13.3% to 17.6%).