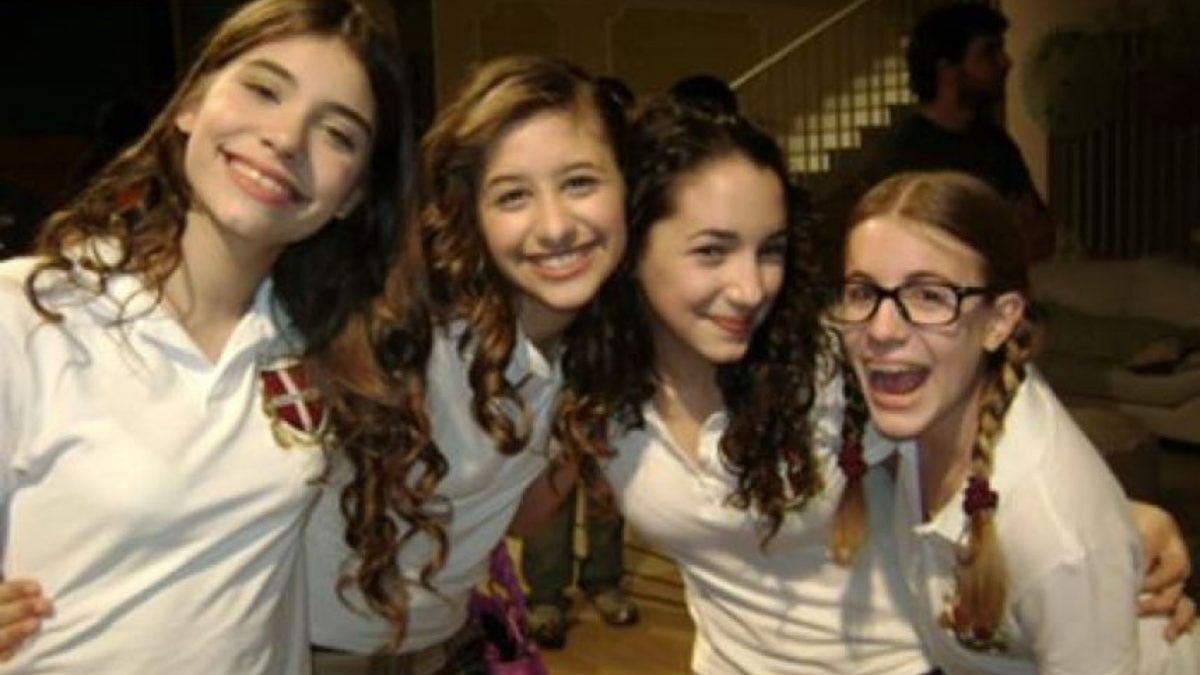 Sunday, May 17, 2009. Six in the afternoon in Managua, Nicaragua. End of the tour Ugly duckling, the cutest show for Latin America The show at the Galleries of Santo Domingo, the last show before returning home, had been sold off: even vip tickets for $ 40 were sold. The boys were happy: success was overwhelming. In addition, they had been advised that in the Holiday Inn where they were staying, a huge cake awaited them to celebrate the birthday of an actress in the cast. There was a party mood.

"We arrived from the stadium and the hotel collapsed. I took photos to show my mother. They took us to the bottom, to the pool area and they closed, because there were even people who paid to get to the cast, "recalled the actress. Thelma Fardín in front of the journalist Luciana Peker when she recounted the ordeal she lived when she was only 16 years old and was raped by Juan Darthés.

Fans raided every corner of the hotel to be near their idols. "The originals have come, they are not cloned, and this fulfills the dream of many children who follow the Argentine band Ugly duckling by channel 2 ", the Nicaraguan producer declared Magdalena Lobeto for New Diary from your country.

At the door of the Holiday Inn, in the corridors, there was a thrill of excitement. The teenagers who were part of the cast of the successful novel El Trece – which in 2007 and 2008 had devastated the audience – could not believe what they lived so far from home.

"They tell us we could not go to the lobby anyway because it was blown up. We did not have a delegation that protected us. To go to my room, I climb the service stairs. Behind me comes this man. I remember patent, "followed with his valiant testimony Thelma.

The company in charge of the entertainment -DG tour, Daniel Grinbank, who had ended his trip with Ideas del Sur, owner of the success of El Trece, had taken a whole floor of the hotel so that the children and the attendants were calm: they knew that there were fans who rented rooms to approach them in the corridors and They wanted to have everything under control.

Juan Darthés followed the young actress. Thelma came to her room and realized that the card was not working for her: she was demagnetized. "I came from the pool and I was with a basic shorcito, a little dress and the towel. He told me: "You can not go to the front desk. Why do not you call from my room and have a card sent to you?"

When I was making the call, the most atrocious nightmare began. "He started kissing my neck from behind, I was completely paralyzed." At that moment he completely disconcerted me. He took my hand, turned me, made me touch, showed me he was standing upright and said, "Look how you got me.", continued in the video that presented to the Argentine Actresses collective that accompanied and supported his angry denunciation.

"He threw me on the bed. The shorts run. He practiced oral sex. I say no, I say no and your name. He continues and touches me. He stuck my fingers together. And at that moment I say: "Your children are my age." I kept saying no. It's a very strong phrase. And he, however, rises in me and penetrates me. At that moment, they knock on the door to bring me the card. That makes him get away from me. I run to the door. He tells me not to go. I walk into my bedroom to take a long shower. I do not get it, "he shouted as he relived the aggravated abuse he suffered nine years ago.

The celebration and joy of success went to this girl who could hardly understand the horror she had experienced. The man she worked with for two years, the one who played cards with the cast, ate with them on tour, raped her.

Before the dramatic and courageous testimony of Thelma Fardin, the questions come: How could this happen? Who was responsible for the safety of the boys during the tour? Who cared about them?

Ideas do Sul, owned by Marcelo Tinelli, closed the 2009 tour with DG Entertainment, by Daniel Grinbank, who today organizes the shows for the America and World of Disney products as Violet O I'm Luna.

"Those responsible for artists in all respects are the producers who generate the content, in the case of Ideas del Sur. We are responsible for the artistic contracting, for the TV franchise," explains Grinbank. Teleshow.

"The content producer is the one who hires talent managers, who are responsible for helping adults and children "He explained.

"In cases where there are minors, parents usually give them transitional power so they can travel and do paperwork on behalf of the boy. In case of Ugly duckling It was Ideas del Sur that sent talent managers, and I know of the companies' obsession with regard to child care. In general, these tutors are the same ones who accompany the children throughout the year, during the recordings of the TV series."

The producer explained that the role of these transitional tutors is "to be in the day to day of the boys: that do not exceed the allowed working hours for a minor, the balanced diet, the agenda, the necessities that they can have".

"Typically, a talent manager travels every five boys, and there is a boss who is the boss of the team who administers them. In this tour also the mothers of Brenda Asnicar and Laura Esquivel traveled, because often the parents of the protagonists accompany their children – as well as Tini Stoessel on the tours of Violet– because the demands on them are greater than those of the cast, since they have to attend press conferences, photo shoots, interviews. "

Grinbank, married to Andrea Pietra, who belongs to the group of actresses, learned of the case a few months ago when Thelma Fardín approached Actrices Argentinas to ask for help. "What happened is doubly serious, because it was to have the enemy inside"says Grinbank.

"They lived together, traveled together, it's as if a relative raped her, a horrendous crime, aggravated by the vulnerability of the girl who trusted him."

He reminded us that on rides the kids can not leave the hotel. And everything gets worse because Darthés came from two years working with them and won the trust of the teenagers in the band.

"Talent managers could not know this, it's something unpredictable., he passed in the same hotel, and Darthés used all the viability he could afford to be on the same floor, just a few quarters away, to commit this aberrant crime. This case exceeds the parameters because not even the best talent manager, with the best psychological support team, could have predicted this horror"he said.

The producer celebrates that today the truth is known, "because the silence imputes to these harmful personages". Within the painful there is something that is good to rescue: that there is a consensus in society that allowed Thelma to speak after nine years. Because the only way to end this is that there is no complicity in silence. "

"Was he surprised when he heard of this new complaint against Darthes?" asked Teleshow

-No, why I always believed in Calu. I felt that Darthés was an evil being. And this new act of abuse and rape only confirmed what I had felt since Calu denounced him: that he was capable of committing a monstrosity.