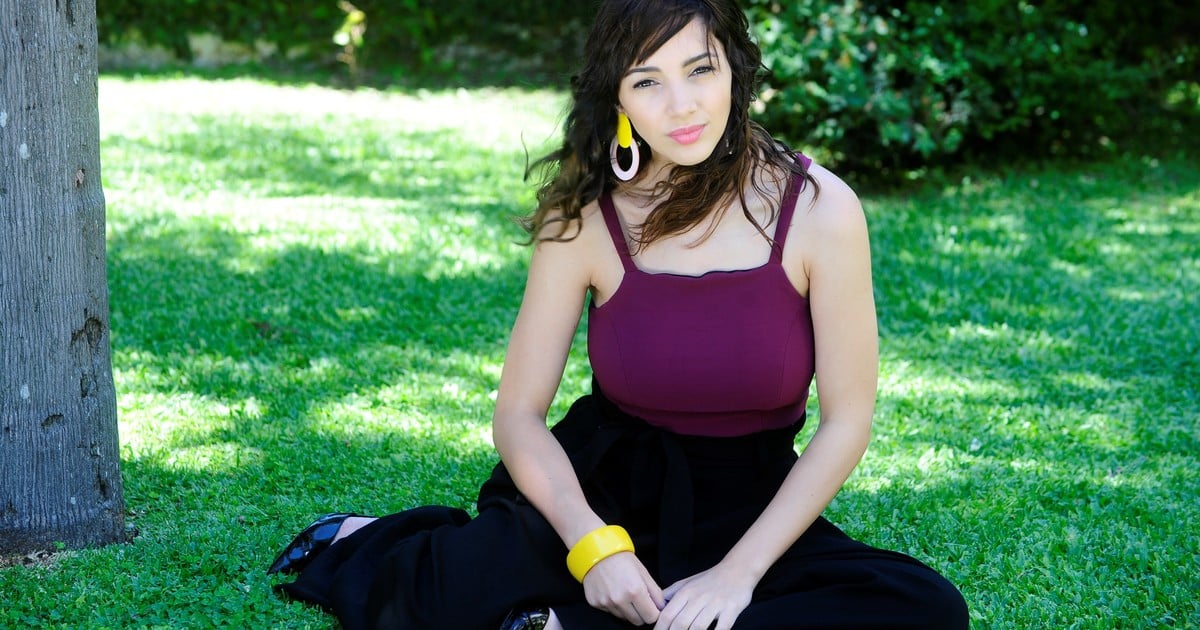 Yes! Only last night I got to sleep. I slept like eight straight hours.

Four days after publicly denouncing Juan Darthés for having raped her when he was 16, Thelma Fardin receives Clarin in his house in Nunez. What seems changed is India, your black cat. "The poor guy sucked all my nerves," says Thelma. It was a revolution that lived. It was exposed. His name has not stopped ringing. It came out in all media, even in The New York Times. They criticized her. Darthés, invited to a television program, accused her of provoking him. But now Thelma is calm: "Ugh, yes, I have received so much love, so much support, so much embrace … And what is happening to all the women who went out to recount the abuses they suffered, and continue … what happened to me, you can see that what I said helped me say enough at once. "

The rape reported in that Nicaraguan hotel room, Thelma, told two of her castmates, as small as she. "At that time they did not know what to tell me, the violence was so naturalized that nothing happened, after that trip I tried to go back to my life, I told one of my partners, I told my best friend five years ago," says . And therapy. Not even in that space could he say that. "I took it there recently, the lock level was huge. It was blocked somewhere in my head. When you do not get into words, it comes out in other processes. It hurt my self-esteem. "

"Did he hurt you in your relationship with men?"

– Yes, when there is something that pushes to get out and does not go out, force and wherever you go. If you do not put words into this trauma, try kicking it out. Yes, that damaged my links.

When Calu Rivero recounted Darthés' abuse, Thelma shook herself. But what ended up beating her were the denunciations of Natalia Juncos and Anita Coacci, because they used the same phrase she told me: Look how you put me. "It caused a slap that made me take care of what had happened to me, I had to get into that swamp."

He came in. He spoke to his mother, who took all the blame. "It was very difficult for her, she had to leave the guilt, some wonder where our parents were, instead of wondering why this guy did what he did, my family was placed under the microscope."

The irony, says Thelma, is that somehow the abuse happened in a familiar environment, as usual. "The actors have something like" setting up the family "for the time we shared.The Duckling cast became like my family because I spent more time with them than with my family.We work from Monday to Friday and on the weekends too and shared something that was very strong. This guy played a role and abused that role. And if the adult who has to take care of you is the one who hurts you, it's tremendous. The power of the adult, which is his reference, is enormous. Fortunately the young people are changing all that. "

Thelma speaks softly, sure enough, she looks strong, beautiful. I tell him and he smiles. "Yes, I feel very good, very powerful, talking relieves and hugging gives you strength."

She was not amused. "The level of power and firmness that I feel for a long time did not belong to me." When I used to be distressed or down, it was thundering, I fell into a level of anguish that had to do with the feeling that I could not get out of that sadness. But now I can see more, see the whole, not that it is already there and I will always be fantastic, but I know I can let myself falter, I am calm that the fortress is already built and I am not afraid to fall because I know that I get up .

Yes, absolutely. I felt it in a minute when I shared with Actresses Argentinas, when they listened to me and hugged me. I have healed myself to speak, but I have the fortune to be heard. It is difficult to tell all women to speak because perhaps many will not listen, for we must insist, let them listen to us, be able to speak and be heard in this way. I do not know why it happened to me. It's interesting to think why all this happened. I believe that the phenomenon Thelma, so with my name, englobe something that is a phenomenon that was already happening. It happened to me, I am Thelma, but it could have been Natalia, Josefina.

"Is power being reversed?"

"The system that used to work is losing power. But I do not feel that power has to be changed hands. What I want is for us to build something new.

In this he agrees with the anthropologist Rita Segato, who says that we should not go from patriarchy to matriarchy: "I really admire Rita … Machismo makes men very bad. This is the next fight. You have to start somewhere and we are going through this struggle, which is to end the privileges of men, but in reality what comes next is to think of the damage that patriarchy and machismo caused to man, male It is functional because the man had to go to war and the woman stayed home. So he had to build that domain, thinking that he had to build pineapples. I believe in an inclusive feminism, you have to rethink the roles without classifying as a baby or a baby. "

Thelma returns to "The Pitfalls of the System", how to defend abusers with arguments as they are "men of good or family." "Exactly, they are males of the system, and we have to take care of it, it would be easier for them to have a cartel, so there would not be so many intrafamily abuses." He says, "Maybe they will not do it because they understand, but at least there is already a brake on fear, and I hope the new generations will stop doing it because of a real understanding."

"Have you read the amount of abuse stories that women are telling?"

Yes, it's impressive. My generation might have had fewer things than previous generations, but we still had to exercise care because society still does not take care of us, falling into the trap of what was worn or what time it was, and everything. I think the next generations will not let her look like she was dressed or if it was night. In my case, what is impossible and devastating is that I was a minor and that we have already won, so even if this guy leaves with all these arguments to change the situation, it is archaic. Now we have to impose the "is not no".

Until a few months ago, Thelma lived in Mexico. She says that watching the mobilization that took place in Buenos Aires on March 8 – Día de la Mujer – made her want to return. "I saw that a fight was happening here and there we were getting flowers and chocolates that broke my heart, I told myself that I had to go back, I needed this complicity to talk about disarming what was armed because that did not make us Now, with the noise we are making, we are awakening the whole of Latin America, "he explains.