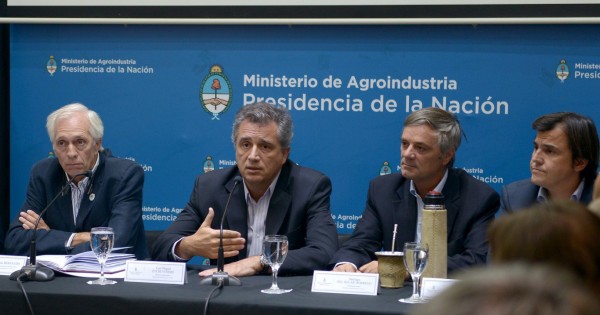 The yerbatero sector – located in the provinces of Misiones and north of Corrientes – closed 2018, recording historical records on domestic consumption and exports, according to the Secretariat of Agroindustry of the Nation.

The data are important because they occur after many years in which the constant crises and bids between the different links of the sector have made the business an unattractive item for medium and long term investments.

Last year, sales of yerba mate on the local market reached their highest level ever, with a total of 261.9 million pounds. It is 2 million kilos more than in 2017 and the highest number since 2002.

Meanwhile, according to official data, shipments of yerba mate exceeded 43 million kilograms last year, 38.6% higher than the one reached in 2017, when 31.017 million kilos were exported.

"These indicators were the result of the efforts of the entire Yerba Mate chain, coupled with the support of the Yerba Mate Institute (INMYM) and consumer confidence," said Agroindústria.

The increase in herb exports is explained by the recovery in demand from Syria, where, at least for the time being, there does not appear to be an increase in the constant public conflicts affecting the consumption of mate.

But also, the report of the Secretariat led by Luis Miguel Etchevehere, highlights the consolidation of Chile as the second destination of exports and the growing participation of the United States and the European Union.

In countries like Lebanon, France, Spain, Germany, Israel, Turkey and Canada, among others, communities of mothers are being explained by the consumption of the Argentines who live there, who transfer this habit to others.

Last November, in the middle of the G-20, the LPO said the government is working on a strategy to position the partner in the world as an "Argentine brand" and cut off dependence on Syria, where 70% of shipments are destined.

Regarding the harvest, a statistical report from INYM indicated that in 2018 about 809 million kilos of green leaves entered the drying rooms after the poor production of 2017 caused by climatic factors.

The statements made by the companies point out that half-kilo packs of grass represent 59% of sales in the domestic market, followed by those of one kilo with 34.3% participation and two-kilo packs with 2 1%

It is worth mentioning that in September last year, until March 2019, a minimum price of 8,400 pesos per ton was established for the green leaf of the yerba mate placed in the dryer and 31,900 pesos per ton for the mature maté herb.

In the case of the green leaf delivered by the producer, the value represented an adjustment of 33.3% in relation to the values ​​established a year ago, while in the case of grass harvested by the plants, the increase was 36.9%.

Copyright The Online Politics SA 2019.
Please do not cut or paste our notes on the web, you have the possibility to redistribute them using our tools.