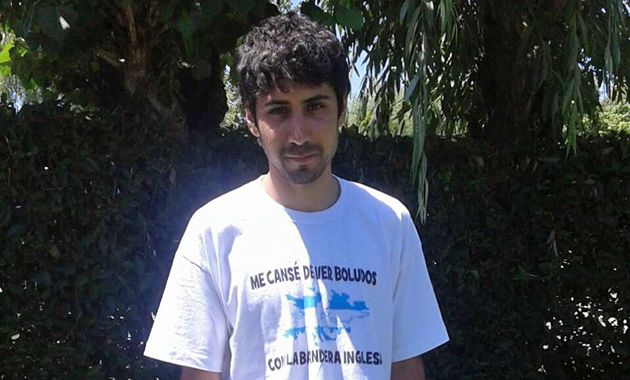 The life of Pablo Mediavilla left the 26 years in the Muñiz Hospital. He was the VF operator who had been diagnosed with hantavirus at Fatima Clinic. "I would have preferred to go," his father said..

After fighting for his life for fifteen days, this Tuesday night Pablo Mediavilla died (26), the young Garin, who became national news after being hospitalized at Clínica Fátima de Escobar with suspected hantavirus.

The sad news began circulating on Wednesday in social networks and was confirmed by the family itself. "He died at 8.30 pm because of acute respiratory failure, bilateral pneumonia and leptospirosis," he said. Escobar's Day the boy's mother, Rosana, totally thrilled.

The young man, father of a 4-year-old girl and employee of the FV factory in Villa Rosa (Pilar), where it is assumed that he could have contracted the disease during cleaning tasks in a warehouse, has been hospitalized since Thursday 17 at the hospital Muñiz de Capital Federal, after having been transferred from the sanitarium Escobarense at the request of the family.

Two days later, studies conducted at the Malbrán Institute dismissed the presence of the dreaded hantavirus in his body. Although they determined that he suffered from a disease that is also caused by infected rodents and can be fatal: leptospirosis.

"If he does not improve, I'm dying," said his father, veteran of war Claudio Mediavilla, when he heard the results. of the analyzes.

Unfortunately, more days went by than expected, but the end was the same.

"The thin man did not deserve … For the blaster, because he was already finishing the mechanics … I am a veteran of the Falklands, but the truth is that I would have preferred to go, look what I say," said his father . Escobar's Daytorn by pain.

The physical remains of Pablo Mediavilla were veiled in a box closed Wednesday night at the Escobar War Veterans Center.

The worst end: the young Garín who was hospitalized with leptospirosis died.

The life of Pablo Mediavilla left the 26 years in the Muñiz Hospital. He was the operator of VF who had been diagnosed with hantavirus in the Private Clinic of Fatima. https://t.co/DnsXn5hqdB pic.twitter.com/fZQyNF2M2V