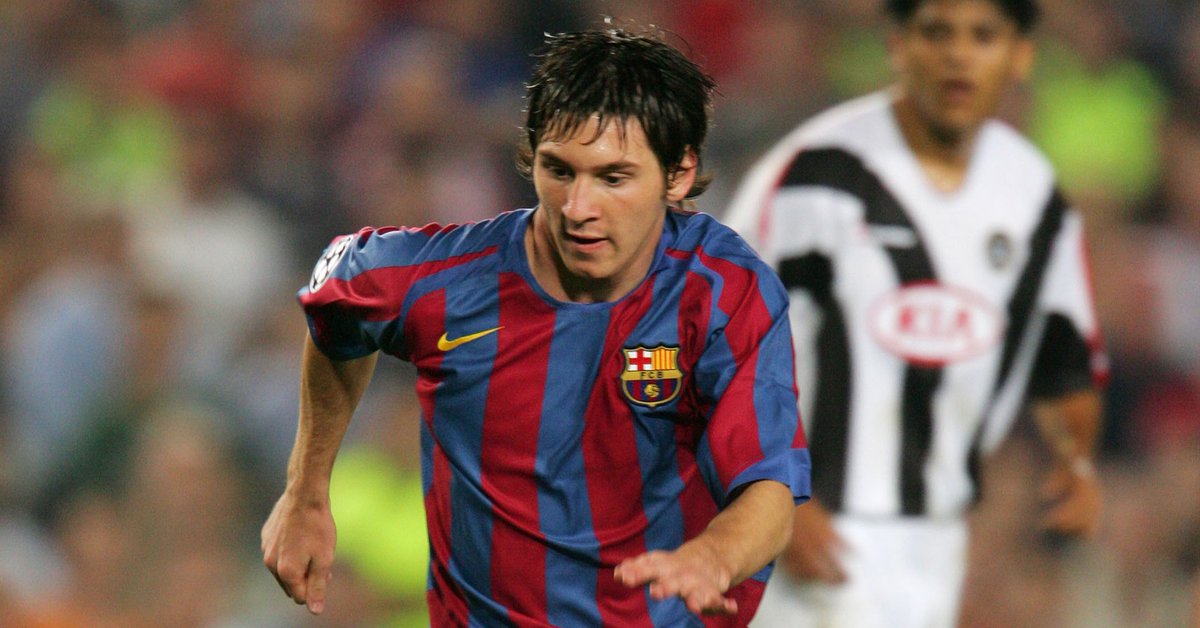 Lionel Messi is and will be a legend for world football, but above all for the FC Barcelona, club where he graduated as a professional footballer passing through the various categories until he established himself as the first team captain, responsibility he assumed after Andrés Iniesta left for Vissel Kobe from Japan in August 2018.

Since Ronaldinho Gaúcho gave him the number 10 shirt in July 2008, the Argentine became the face of the Barça team, led by Pep Guardiola on the bench, who turned him into the hub of a team that did wonders with great teammates like Xavi Hernández, Andrés Iniesta, Dani Álves and Samuel Eto’o, among others .

However, and despite the great collective game that Barcelona showed and demonstrates, Lionel Messi’s individual quality is what continues to make a difference. Something that has happened not only since his arrival in the First Division, but also in the lower categories, where he became the savior of one of them to prevent her from falling in the fall.

Messi took his first steps in the inferiority of FC Barcelona

On September 14, 2003, with 16 years, Lionel Messi debuted at Juvenile A (category that brings together football players blaugranas sub 19). Its performance was fantastic to the point of He played his first game with the first team two months later, when Frank Rijkaard summoned him to the friendly with Porto, in Portugal (at the inauguration of the new field) which ended with the victory of the team led by José Mourinho by 2-0.

At the same time, at that time, Barcelona C continued its difficult path in the third division Spanish football and couldn’t lift his head. On that November 16th, while Messi took his first steps alongside players like Luis Enrique (captain at the time), Patrick Kluivert or Ronaldinho, the team led by Pepe Boada drew with UE Tarrega (1-1) and positioned himself before the last in the table with 9 points.

At the next meeting, until date 14, Barça C was going to fall in the last position of the classification losing 4-3 against CE Manresa. A critical situation that required an urgent measure to get out of the relegation zone. It was there that Lionel Messi dressed as a savior.

Messi debuts for the first time in a friendly against Porto

The flea was the second youngest player on the team (Oriol Riera was nine days younger), made up of football players between 18 and 21 years old, and started the difficult task entrusted to him by contributing details of fluidity and quality in what was the victory of all culé 2-1 against Europe CE on Matchday 15, two weeks after playing for the first team.

Three dates later, on the 18th, the promising striker made his first triple in the 3-2 victory over UDA Gramanet B. With those three points, Barcelona C left the relegation zone when they finished 17th, ahead of FC Palafrugell, UDA Gramanet B and AEC Manlleu.

In February 2004 and after playing 10 games for the team, the promising young Argentine had achieved his goal: those commanded by Pepe Boada came in 15th place and left the bottom of the table.

The numbers were more than satisfactory. Of these ten clashes with Messi on the court, blaugrana they won five, drew four and lost once. When he arrived at Barça C, the team had 9 points on 14 dates; when he left, they were left with 28 units. Most impressively, before their arrival they had won just one game.

After a draw against CE Banyoles, Barcelona C’s next performance was on March 7, 2004, on the 27th, where they lost 2-0 to Casteldefells. Curiously, in that confrontation, the culé didn’t have Messi in the squad anymore because the day before, he made his debut with Barcelona B. His performance in the third category served as a springboard to take a step forward in his professional career. That March 6, Rosário opened with a 1-0 victory over Mataró.

Messi plays the classic against Espanyol at Barcelona B

The paths of Messi and Barça C have been divided. Boada’s men managed to finish the season in ninth place, while The 16 year old began to dazzle Pere Gratacós, coach of Barcelona B, where he played five of the seven games left until the end of the year.

“He was very fast physically, but also mentally. When he made a decision, the rival hadn’t even thought about it ”, explains Gratacós. “There are two games in which Messi has left Mini fans speechless. In the classic against Espanyol we won 2-0, Leo made a showing and scored a goal, and on the last day of 2004/05, when we beat Osasuna 4-0, Messi was unable to play. He was replaced in the 87th minute by the Mini to give him a standing ovation and a standing ovation. He deserved to say goodbye to the Mini, ”he recalled in an interview with the club’s official website.

Finally, at 17 years and 22 days, October 16, 2004 Lionel Messi would make his official debut with the first FC Barcelona team in the game remembered against Espanyol for the seventh round of the local league. At 84 minutes, The flea he entered the number 30 on the back of Deco with Frank Rijkaard … and the rest is history.

Messi plays against Espanyol on his debut in the first

2003/04 was a season that marked a before and an after in the Argentine’s life, a year in which he rose four categories at the same time until he became a starter: Juvenile B, Juvenile A, Barcelona C, Barcelona B and FC Barcelona. In total he played 46 games during that campaign, he converted 43 goals and provided 9 assists.

Barcelona C, a team that with Lionel Messi had the mission to leave the relegation zone, achieved its goal and finished ninth. However, after three years of bad results (15th, 14th and 13th) and after the relegation of Barça B to the Third Division occurred in 2007 the team ceased to exist.

“Barcelona C, who played in the Third Division last season, was forced to move down to the Catalan First Division after Barcelona B, who played in the Second B, lost the category,” reported Brand. Joan Laporta, President of FC Barcelona at the time, decided not to register the club in the regional league and thus end your story.

MORE ABOUT THIS TOPIC: