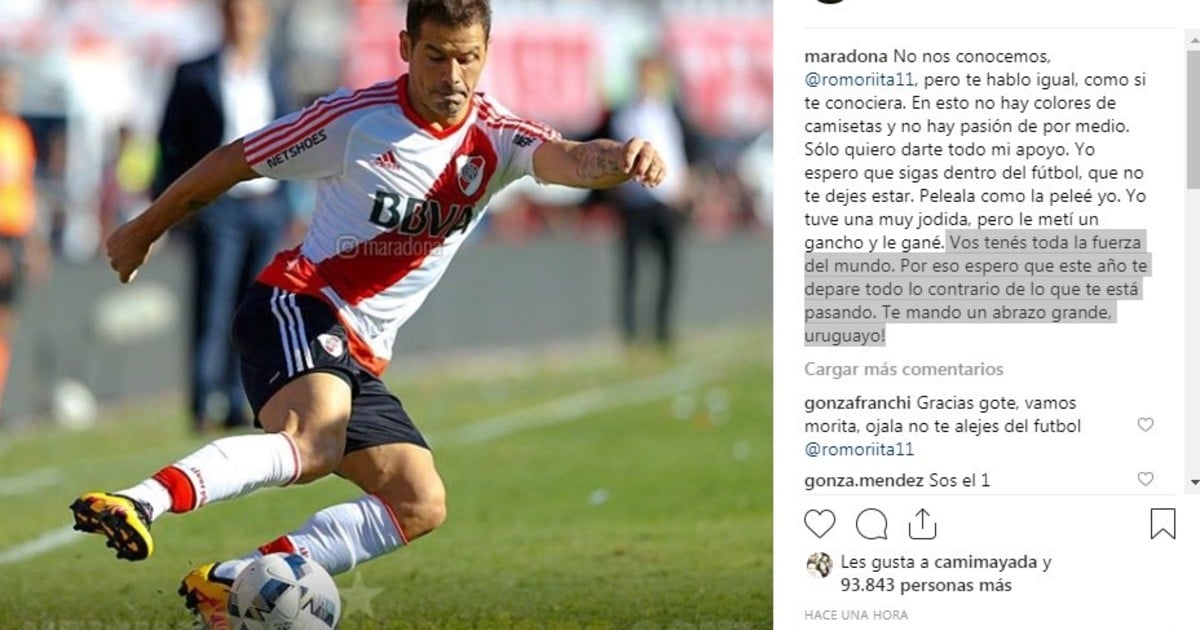 The announcement of Rodrigo Mora, who on Sunday decided to retire from football, received thousands of messages of support between the fans and his own teammates in the River. And on Monday the missing words arrived. "Fight her like I fought her," Diego Maradona told the Uruguayan through a post on the Instagram.

"We do not know each other, @ romoriita11, but I talk to you the same, as if I knew you, " Beginning the text that the Ten have raised for their account in support of the 31-year-old forward, who left the professional practice of football after suffering pain in recent months by chronic necrosis.

"In this there are no shirt colors and there is no passion involved. I just want to give you my full support, "continued Maradona.

And, after making a comparison with his life, he dedicated sincere words to Mora's situation: "I hope you continue in football, Do not be let down. Fight her how I fought her. I was really fucked, but I got a hook and I won. "

The technical director of Dorados de Sinaloa ended: "You have the whole force of the world. That is why I hope this year will give you the opposite of what is happening to you. I send you a big Uruguayan hug! "

After confirmation of his retirement, Mora received numerous samples of affection, not just the fans. Is that dozens of players, who now play in the River or who in the past, have sent their support and thanks.

For his part, Diego will undergo surgery for a small cut in the stomach. It is estimated that in a week he will return to the team that leads in Mexico, which this Saturday debuted with a defeat in the Clausura Match of the Ascent of that country.