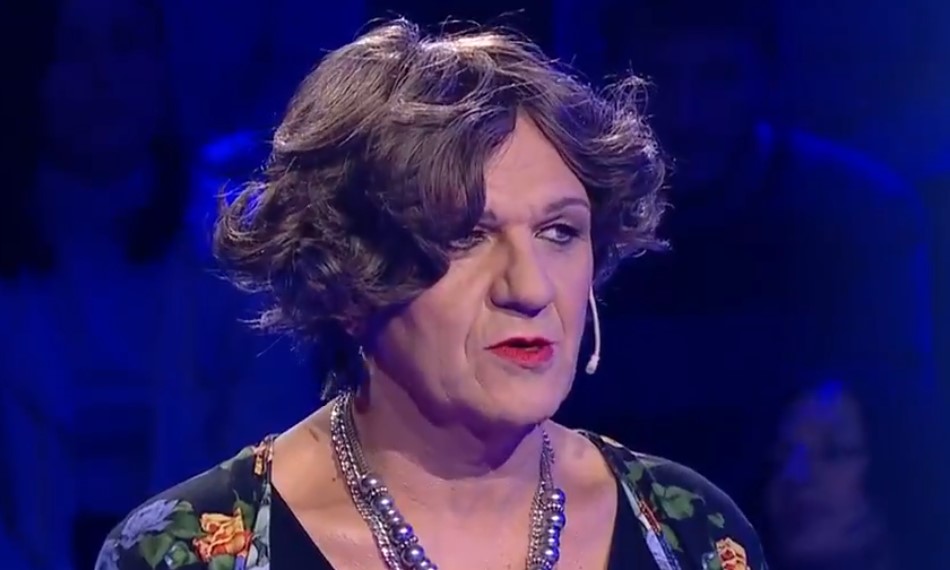 Television contests offer the opportunity for many people to exhibit their talents, but also their life stories. Constanza told her story of overcoming and thrilled everyone.

In the program "Who wants to Be a Millionaire?", driven by Santiago del Moro, a great story happened trying to stay with the grand prize of US $ 2 million granted. The format of the Q & A program is a success in more than 120 countries around the world.

In this case, Constanza Dolores was the protagonist of a powerful story of overcoming. "I'm a lesbian trans. I do not like men, I like women", he assured. The trans woman surprised everyone by saying that the great love of her life was a woman and that, unlike many trans women, she likes women.

How much did Santiago del Moro measure in his debut with "Who wants to be a millionaire"?

After revealing her sexual condition, she explained how her transition went until she became a woman. "I always had girlfriends until I was 38. The great love of my life was a woman, but I will not mention it"he expressed Constance

"When I started to make the transition, I was separated for a long time. She lives at home and when she saw me, she did not like it very much. One day I crossed with her in the street and she made me" so hungry "she said trans woman who claimed to have assumed her status as a woman only a decade ago, at 45 years of age.

A 90-year-old participant was applauded in Who Wants to Be a Millionaire?

"I did it after my old wife died in 2009. From that day on I said" I did not hurt anyone and now I'm going to be me ".confessed with great emotion.

After its history of improvement, Constanza Dolores ended up bringing a total of $ 300,000, after correctly answering the questions and choosing to withdraw with the money safely, without taking the risk of going for the greater good.