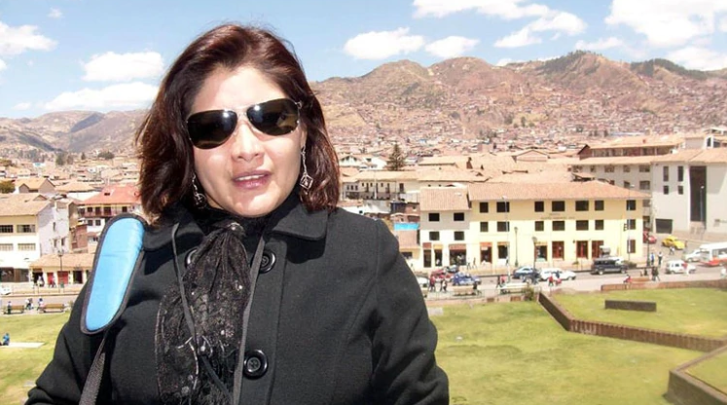 His body was found yesterday alongside a route at Villa Elisa. He was buried and covered by a sheet. He was missing for 13 days.

After finding the body of the dentist Gissella Solís Calle this Tuesday morning next to a route in Villa Elisa, raises the mystery about the causes of his death.

In this regard, the first results of the autopsy of the woman who missed 13 days revealed that "there is no obvious cause of death" and forensic detailing that the body shows no signs of attack or defense, nor of asphyxia.

With these preliminary data, the researchers returned to the hypothesis that most have resonated since their disappearance: the poisoning. Although I have confirmed this possibility they should wait for the toxicological analyzes, which will be instrumental in determining the cause of death.

That's why the researchers do not rule out any hypothesis. "The theory indicates that it could have been smothered with obstruction of the respiratory tract, for example with a pillow or hands without leaving a", explained a source of the case for TN.com.ar.

The dentist's body, which was missing from January 16 was found on Tuesday alongside a route at the height of Villa Elisa. The Buenos Aires Police arrived at this point thanks to data contributed to 911 and the analysis of the security cameras of the zone.

O Abel Casimiro Campos is the main suspect of femicide., who decided to end his life in a hotel while the police were looking for him to give an inquiring statement.

According to the complaint of Solís' relatives, the woman disappeared after a strong argument with her ex-boyfriend, double life he had been for about three yearsHe was married and had two children in the city of Lobería in Buenos Aires. On the last weekend before his death, the man went to visit his family and then moved to La Plata.

"We do not know if the boyfriend acted alone or received help from another person", informed the chief of the Police of Buenos Aires, Fabián Perroni, referring to the possibility of an accomplice.

O Gissella's body was buried and wrapped in a sheet 40 centimeters deep, near the descent of the road at the height of Villa Elisa.

"We found Gissella, thank you for joining us.My dream was to find you alive, but I found you dead.This bastard killed my sister and dismembered my family", said Mariela Solís.