The return of the holiday almost did not end in tragedy 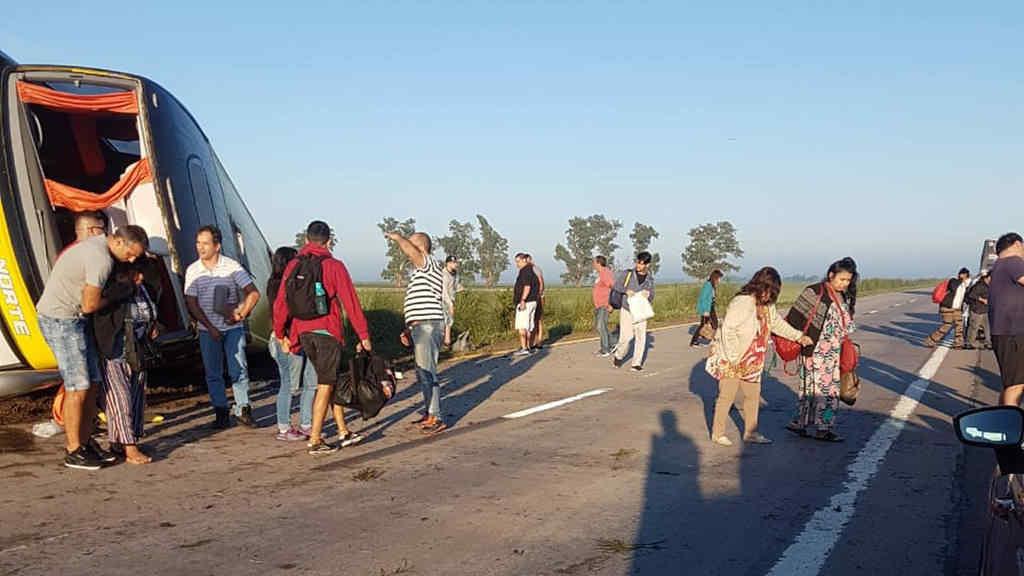 A mechanical failure or a bad maneuver of the driver would have been the causes of a serious reversion recorded, at dawn yesterday, with a long distance bus that traveled from Misiones to the capital of Cordoba.

As a result of the serious incident in the city of Santa Fe, in Santa Fe, there were 14 passengers injured who needed medical attention. None was serious.

Police sources indicated that most of the victims were returning on holiday.

The road event was yesterday at 7 on Highway 19, at the height of the city of Santa Fe, in Santa Fe. In total, there were 36 passengers.

At the height of kilometers 64 and 65 of the aforementioned highway, the driver of the 3230 trainee of the company Crucero del Norte lost control of the steering wheel.

One version to be determined is whether everything would have happened when the driver tried to overtake the vehicles and would have found something unexpected that forced him to quickly return to his lane.

Under these circumstances, presumably, he would have touched his shoulder and turned around.

The group left on Saturday night from the bus terminal of the city of Posadas and had as final destination the city of Cordoba.

A total of 14 passengers suffered injuries of various considerations. Immediately, the wounded were transferred to the hospital Jose Maria Cullen, in the capital of Santa Fé.

"I just woke up and had the feeling that we were skating," said a passenger to the local press. "I was lucky that a minute ago I woke up and it gave me a chance to react." The young man, who was returning from his vacation in Rio de Janeiro, spoke about the accident: "The driver threw himself in a car and was very open, stepping on the shoulder, which is very loose from the rain." He fell and eventually turned, "he said.

There was no communication from the transport company.

Instead of the fact they worked Road Police money along with firefighters and ambulance services.

Tipping in Cordoba. The members of a wedding were yesterday with several injuries after the car they were driving fell on highway 36, which connects Rio Cuarto to Cordoba. It happened at the height of the city of Coronel Baigorria. On Saturday, another sinister road had been registered in that area.

At noon yesterday, and for causes they are trying to establish, overturned a Renault Megane. The car was run by a 52-year-old man, who was accompanied by his wife, 48. Both from Córdoba resulted in different injuries and had to be transferred to a zonal health center. Highway 36 has been the scene of serious road accidents.

The original text of this article was published on 01/28/2019 in our print edition.