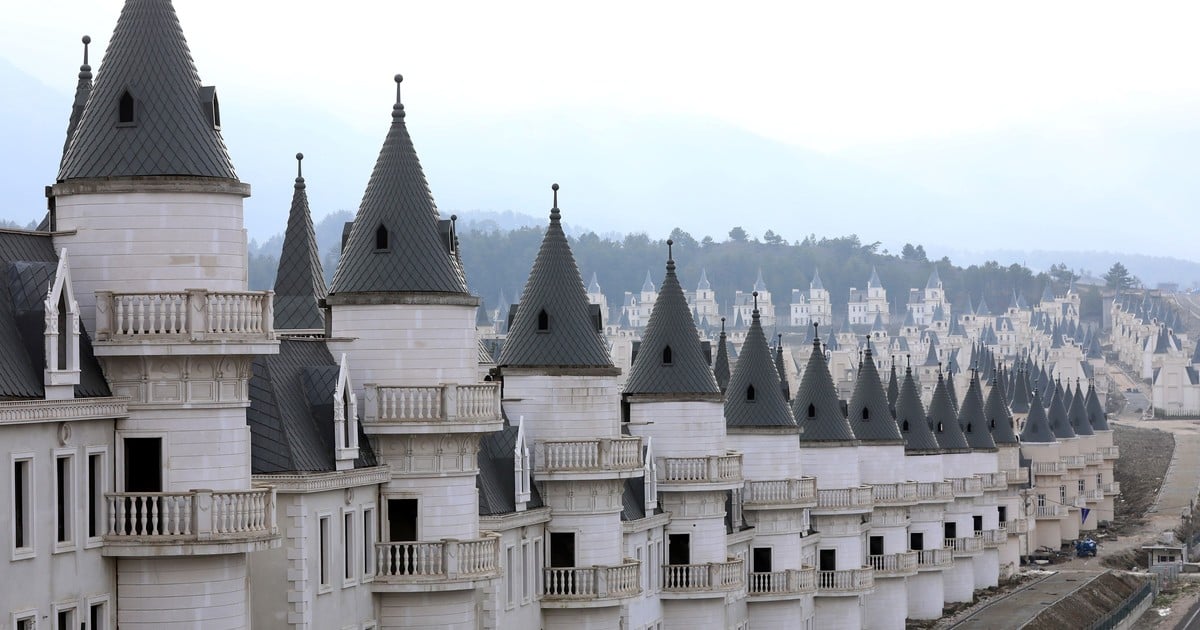 What was going to be a fairy tale in Turkey for investors, has become a real estate failure. Hundreds of mansions in rows, which seem inspired by the castles of France or Disneythey are empty due to the economic slump.

After a long period of growth, the Turkish economy contracted by 1.1% between the second and third quarters of 2018, which is why many economists now fear recession.

O Turkish lira collapsed in August, amid diplomatic tensions with the United States, and inflation has reached hitherto unknown levels. The Turkish currency has lost 28% of its value against the dollar in 2018, and markets remain skeptical about Ankara's strategy to control the underlying problems of the economy (increased public spending, reduced VAT …).

In the suburbs of Mudurnu, located in the mountainous province of Bolu, there is Hundreds of houses with white terraces and pointed towers which, it is supposed, evokes European architecture. These are part of an ambitious project launched in 2014 by Sarot, a group that builds the Turkish real estate industry, which participates in several major projects in this region.

The complex "Burj al Babas" I expected to have until 732 large chalets and a shopping mall.

But it suffered financial setbacks to the point where Sarot, like hundreds of other Turkish companies, asked to be declared on break. Operating under the authority of the State, it was authorized to suspend payments to its creditors and restructure its debt.

However, the Sarot group would be stifled when customers could not pay the loans for the houses they had bought, the group's vice president Mezher Yerdelen told AFP.

Sarot had sold 351 homes with a value between $ 400,000 and $ 500,000 each one, especially for Gulf investors. But several of these operations were canceled when 80% already built, due to falling oil prices and the negative impact of fluctuations in construction prices in Turkey.

The subject is currently in the hands of justice.

Several of the sales operations of the "castles" were canceled when 80% were already built.

Sarot is far from being an isolated case in Turkey. Construction has been one of the engines of economic growth since President Recep Tayyip Erdogan came to power in 2003, but the sector fell 5.3% in a year in the third quarter of 2018, and has difficulties.

"Every four companies that file for bankruptcy, three belong to the construction sector"said Alper Duman, an associate professor in the Faculty of Economics at Izmir University.

"It's called building or real estate bubble, the truth is there's a bubble in Turkey," he added. In 16 years, 10.5 million apartments were built, but only about 8 million are occupied.

The Burj Al Babas project has turned into a ghost town. AFP

Trade Minister Ruhsar Pekcan said in mid-December that 846 had gone bankrupt since March 2018, but the opposition newspaper Sözcü mentioned in October that it would be about 3,000.

However, some are optimistic in the long run, as is the case of former executive director of the Reidin Data and Analytics study group, Kerim Alain Bertrand.

"Construction is the locomotive of the country," he emphasized at the end of 2018. "Although limited, we expect consolidation in this sector," in particular because it will be "kept alive" by the young population in a country with strong population growth.

The Burj Al Babas complex, near the town of Mudurnu in Turkey. / AFP