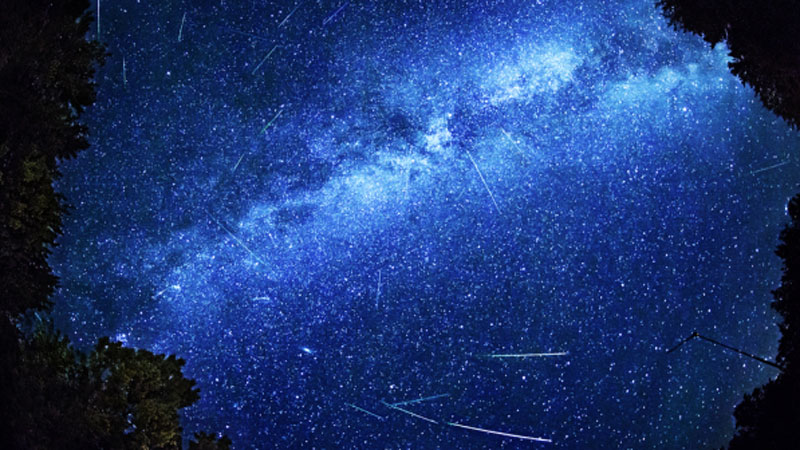 To prepare the wishes – and to pray for clarity – because this weekend we will see a tremendous spectacle of shooting stars in the sky.

What we will see that it is a rain of stars, that occurs when the orbit of the Earth passes through the rest left by the disintegration of comets. "Comet nuclei are made up of a combination of icy materials and dirt, which heat up when they pass near the sun.
Then they partially undo forming the tail of the comets. These & # 39; rocky remains & # 39; which they leave behind are distributed by an elliptical orbit around the Sun and they are the ones we find ourselves in, "explains the site. whenpasa.com.

Among astronomers, this phenomenon is known as "Geminids": a meteor shower of high activity. It happens every year between 7 and 17 December; This year will reach the maximum intensity during the nights of 13 and 14 December. Geminids have a high intensity and are among the most visible of all the star calendar. Its yellowish hue is clearly seen in the night sky.

Geminids look better in the northern hemisphere. In the south they can also be seen, but with less intensity.

The rain goes from 7 to 17 December, with the highest activity in the early morning from the 13th to the 14th.

How many meteors can be seen?

The rate of this rainfall is about 120 meteors per hour at most in dark skies and in the northern hemisphere. Can be seen for most of the night. They are highlighted by meteors of various colors and by their low speed (35 km / s).

Do you need a telescope / binoculars?

Observing meteors does not require any type of optical instrument (neither telescope nor binoculars), since our eyes perceive meteors better with peripheral vision. Also for this reason it is not necessary to look directly at the radiant, in addition to the meteors that cross the whole sky.