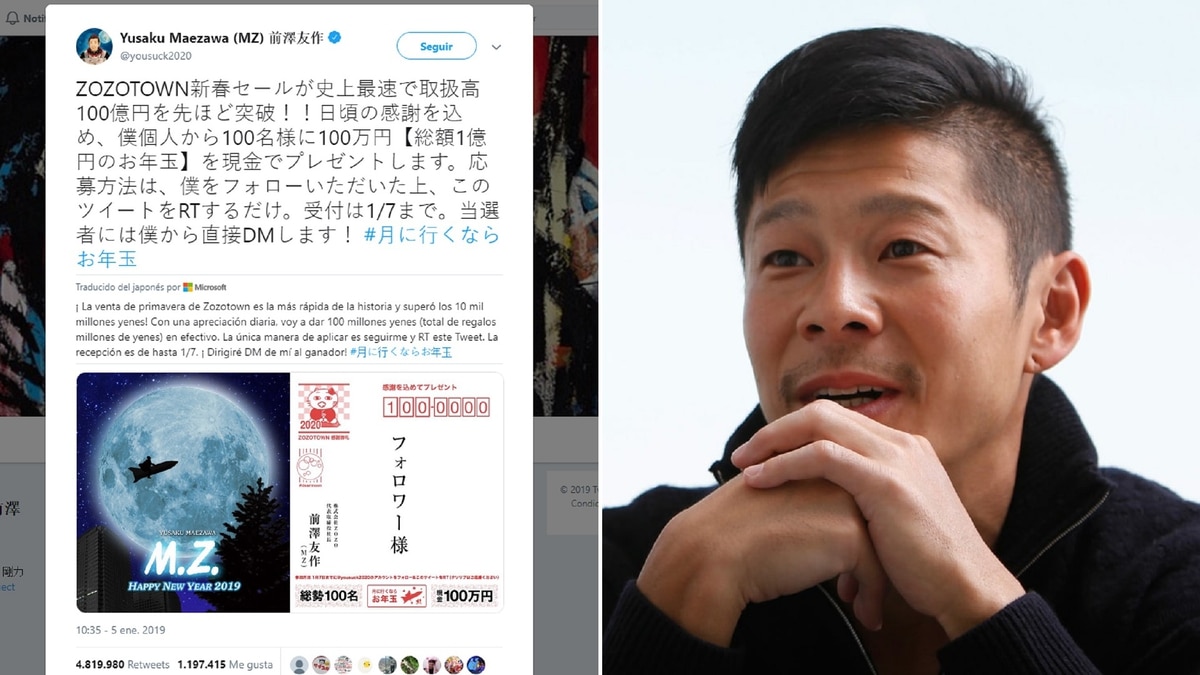 The message of a Japanese tycoon has become the most retweet in the history of social networking, with a formula hard to fail: money promised to one of his followers.

Yusaku Maezawa, with a fortune estimated by Forbes at USD 2 billion, is among the top 20 of the richest in his country as owner of one of the largest Japanese fashion stores.

Celebrating the good sales of your company, He proposed an eccentric raffle: he promised to distribute 100 million yen ($ 920,000) in cash to 100 people who would follow his account and replicate his publication..

The message soon became viral. In 48 hours, it has added more than 4 million retweets in the social network.

Thus, the publication surpassed the record of Carter Wilkerson, a teenager who unsuccessfully tried to meet the Wendy network's challenge of getting free nuggets for a year if it reached 18 million retweets, though "only" has reached 3.5 million .

Maezawa celebrated his landmark on Monday and reiterated that his offer is still standing. "Thank you, it's a party!", He wrote.

(With information from AFP)