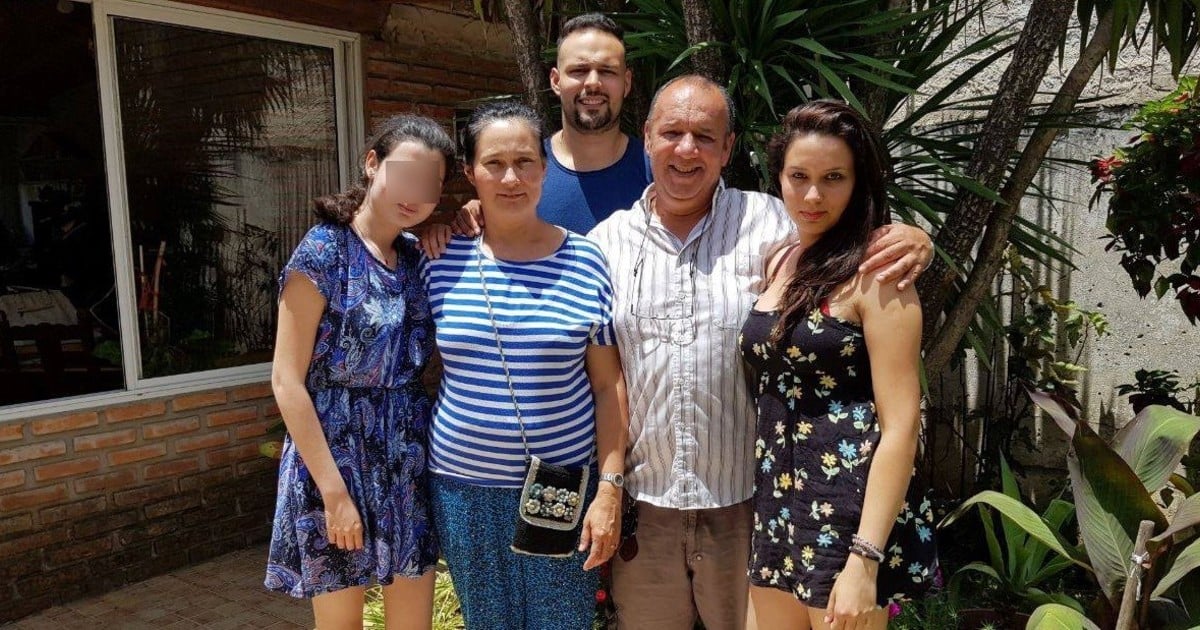 For Marcelo Pablo Acuña (52) 2019 would be the year of his retirement. His family and friends knew this. He craved it: after decades of service, he would leave the police and retire.

Acuña worked for the direction of the Buenosairean Security Islands and served in the Río Capitán Detachment, in the first section of the Tigre delta. His patrol car was a boat. and was involved in prevention tasks, but in water.

He was the first lieutenant and had been working on the water for a year. Before he passed by Vicente López and he had to protect the Martinez shopping center and had even been assigned the surveillance of the surroundings of Quinta de Olivos.

Marcelo Pablo Acuña was a helmsman and works in the first section of the Tigre Islands.

Acuña had five children and lived in La Reja, a town in Moreno, west of Greater Buenos Aires. He was married to Patricia and together they had a kiosk.

"Marcelo was a friend who was on the island, in Tigre, and when he left he would pass by. I was not an employee of mine.. I was sitting in the car, I was always around. He came and stayed for a while. Since I was frequenting people, he's been on the outside, "said Norberto Héctor Barone, 68, owner of the financial institution of Maipú and San Martín in Florida (Vicente López), where Acuña tried to stop a bunch of thieves and ended up dead Shot in the chest and two in the leg.

"The woman had a kiosk and he was buying candy and things, he also sold pots, sometimes I bought it, and when I saw him dead I almost fainted. They killed a human being who risked his life for nothing., life was thrown, I can not believe. Poor boy, he has a son who is also a police officer, he was a worker, he seeks, "Barone added.

The shopkeepers in the neighborhood recognized Marcelo, who was standing daily on the sidewalk. For this reason, researchers they believe he was a guardian of the exchange office that worked on Avenida Maipú since 2001.

One of his sons, Pablo Nicolás Acuña (24) followed in his footsteps and He is also a police officer in the province of Buenos Aires.

Cecilia del Valle Acuña, another daughter of Marcelo, fired him through social networks and posted: "I love you forever, Dad! My great pride, you're my angel. Now give us strength, especially for Mom, who is our pillar, our strength to continue and learn to live without you. I'm devastated, without consolation. We love you, old man!.

In another message, along with a family photo, he summed up: "So, always together. I love you forever father, now you are my angel, my shooting star. Wherever you are, give us strength. I wish it was a dream, wake up and have you there, to share some friends and others. I have no words, may peace rest my fool. "

On Wednesday, relatives and friends fired the victim in a Moreno home.

First lieutenant Acuña was the third policeman killed so far in 2019. On Monday, Lieutenant Arnaldo Andrés López (39) died, who on December 30 had been wounded in a shootout in Florencio Varela, while on Tuesday morning Mar del Plata The Local Police Gisel Romina Varela was the victim of a femicide (33).