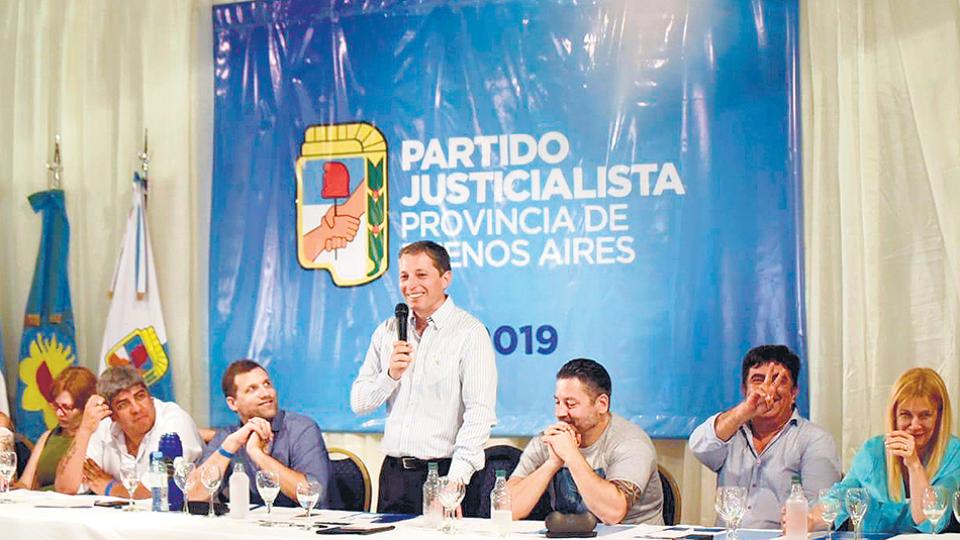 "The suspension of the division shows once again the improvisation of the government that leads us permanently to situations of trial, trial and error. It is unacceptable that they have even thought of wasting more than 3 billion pesos in an election," reacted the president of PJ of the province of Buenos Aires, Fernando Gray, to the announcement of the government of Maria Eugenia Vidal. The Peronist Buenos Aires made a point in rejecting the split and yesterday celebrated the announcement that simplifies his electoral plans for him. On the one hand, they guarantee the drag of the presidential candidacy – which they hope to be Cristina Kirchner, who leads the suburban search – to the formula that goes to the government and, vice versa, that Mauricio Macri possibly reduces the chances of Vidal.

The Peronism of Buenos Aires was carrying out a public strategy against the split, with meetings parallel to those made by the bicameral commission created to analyze the possibility of separating the Buenos Aires elections. Days ago, this committee, which chairs the radical Manuel Mosca, met in a museum in Azul and Peronism was convened in an academy in the same city, with constitutionalists and experts arguing against the election separation, which would have been the first. of history.

Yesterday, once Vidal's decision was known, in Peronism he recalled that neither Sérgio Massa nor even the left had made public his rejection of the division, so they presented it as a triumph of their own. As for the election, obviously a concern has been removed from above. Vidal is the leader of Cambiemos's best image and facing him in an election limited to the provincial presented as a problem. Now, with the vote on the same day, the national debate will prevail over the provincial, with which Vidal's image takes second place, they interpreted.

"This makes us more competitive, now we have more time to install a candidate, which has complicated us with the deployment, and we can have the strength of Cristina, who measures 40% in the province against the 30% who measure the change," he argued The leaders are coming in to force one of them to lead the formula for the government. Unification helps these plans, since it is no longer necessary to have a strong figure to lead, as Deputy Axel Kicillof, the most the provincial wrestling outside the intendants Martin Insaurralde (Lomas de Zamora) and Verónica Magario (La Matanza).).

"An acceptable candidate puts us in the race," he analyzed in Peronism. They considered that they arrived with a candidate who did not subtract votes to Cristina Kirchner, who – say – today measures 40 points, nothing strange if it is remembered that in the 2017 legislative passed 37 points. The Macri reaches 30%, with a particularly bad image in the more populous neighborhoods of the Conurbano, which suffer the most from the rigors of economic adjustment and recession.

Despite the novelty, Buenos Aires PJ will continue unchanged the schedule of meetings scheduled for the coming weeks, which include the convening of the party congress for February 21 in La Matanza. There are no longer any reasons to speed up the definition of applications, although there are some that are evolving naturally. Yesterday, the mayor of San Martin, Gabriel Katopodis, joined those who consider that Máximo Kirchner is a good option to top the list of candidates for deputies. "It would be a right decision," Katopodis said. Maximo's postulation, explained in Peronism in Buenos Aires, is a way of guaranteeing the support and mobilization of Kirchnerism in the Province within the framework of a unity front.