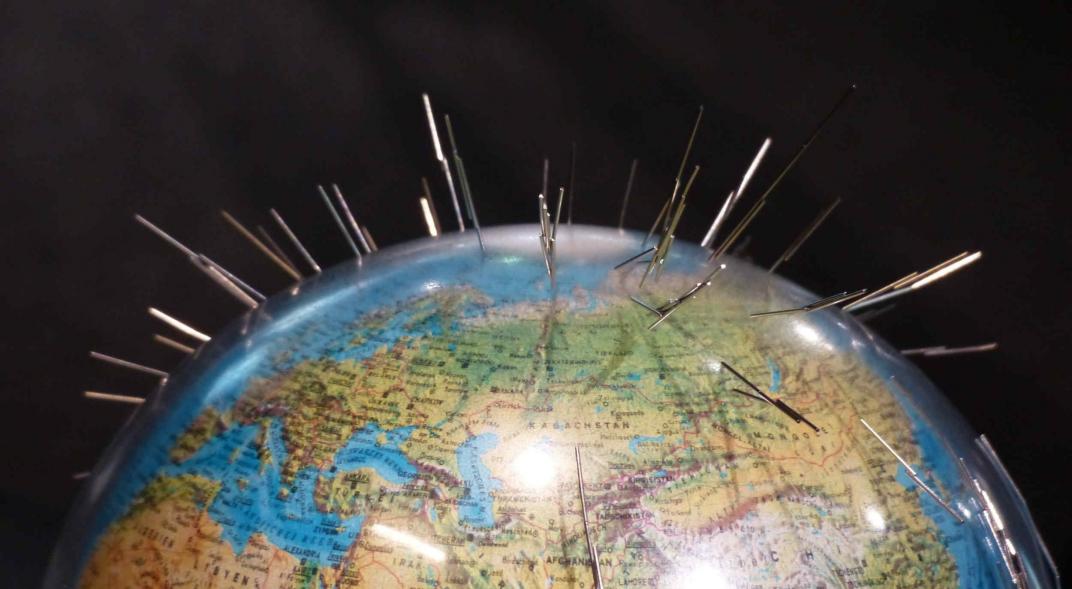 Earth's magnetic field is behaving strangely. The erratic movement of the magnetic north pole forces to update before the predicted the model that assists the global navigation.

The north magnetic pole has been moving away from Canada toward Siberia, mysteriously driven by liquid iron that extends to the center of the planet.

For this reason, on January 15, experts in geology and geomagnetism were called to update the World Magnetic Model, which describes the planet's magnetic field.

This model is embedded throughout modern navigation, from systems that direct ships at sea to Google Maps on phones.

The latest version of the model came in 2015 and should last until 2020, but the magnetic field is changing so quickly that researchers need to update the model now.

"The error is increasing all the time," explains Arnaud Chulliat in an article in the journal Nature

Chulliart specializes in geomagnetism at the University of Colorado at Boulder and at the United States Meteorological Agency (NOAA).

The problem is in the mobile pole, but also in other changes in the depths of the planet.

Liquid iron in the Earth's core generates most of the magnetic field, which varies with time as the deep fluxes change.

In 2016, for example, part of the magnetic field has temporarily accelerated into the depths of northern South America and the eastern Pacific Ocean.

By early 2018, the World Magnetic Model was already in trouble. Researchers at NOAA and the British Geological Survey in Edinburgh had been making their annual check of how the model was capturing all variations in Earth's magnetic field.

They realized it was so inaccurate that it was about to exceed the acceptable limit for navigation errors. "That was an interesting situation we were in," says Chulliat.

What is going on?

The answer to these changes seems to be twofold. First, the 2016 geomagnetic pulse below South America arrived at the worst possible time, shortly after the 2015 update of the World Magnetic Model.

This meant that the magnetic field had been shaken shortly after the last update, in ways the planners had not anticipated.

Second, the unpredictable movement of the magnetic north pole compounded the problem.

By 2001, it had entered the Arctic Ocean. In 2018, the pole crossed to the eastern hemisphere. He is currently on a straight line to Siberia.

Scientists are working to understand why the magnetic field is changing so drastically.

"The location of the north magnetic pole appears to be governed by two large-scale magnetic field patches, one below Canada and one below Siberia," says Phil Livermore, a geomagnetist at the University of Leeds in the United Kingdom.

"The Siberia patch is winning the competition." This means that the world's geomagnetists will have much to keep them occupied for the foreseeable future.