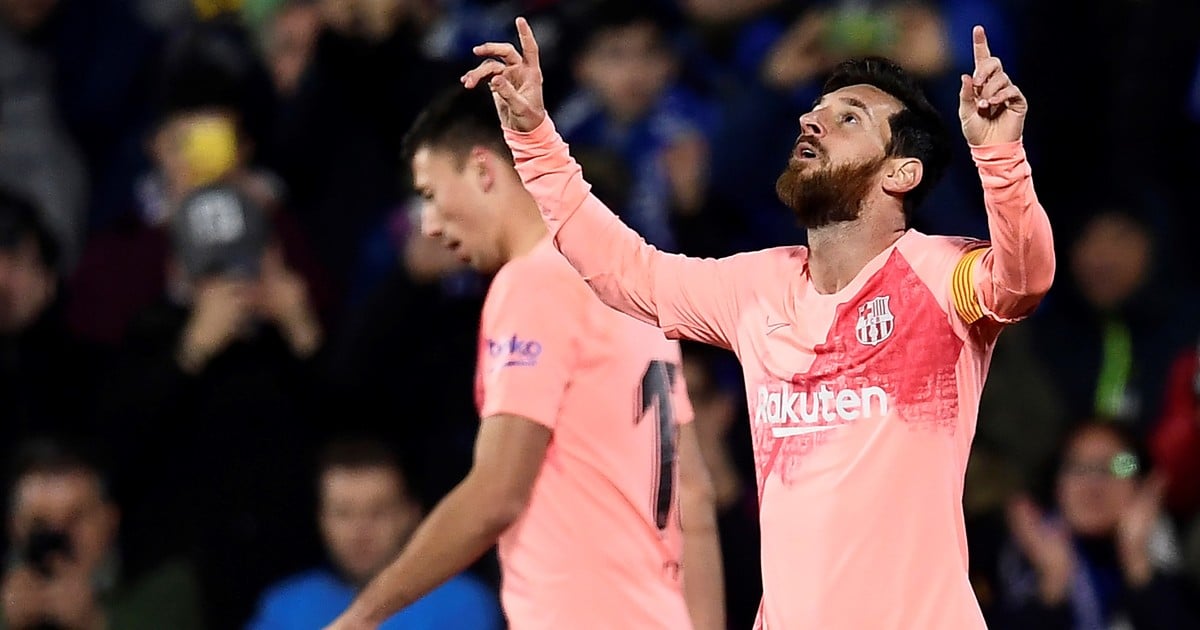 Of course this season for Real Madrid will be a transition, however, the numbers of Lionel Messi alone and those of the whole team that also leads Rosario Santiago Solari are contrasting and surprising. In the 18 dates played in the Spanish League, the Barcelona player participated in more goals than the entire Meringue.

Leo Messi on Sunday scored Getafe's 16th league goal and also distributed 10 assists. The Rosario was in active form and starred in 26 of the 50 that marked the team of Ernesto Valverde, the unique leader of the championship.

Meanwhile, in Madrid, barely shouted 24 goals. It is true that the departure of coach Zinedine Zidane and the iconic player until last season, Cristiano Ronaldo, caused a decline in Real's goal-scoring. However, it seems little to a team of Madrid's stature, champion of the last three editions of the Champions League.

Karim Benzema (7), Gareth Bale (4), Sergio Ramos (4), Marcelo (2), Isco Asensio, Vinícius, Carvajal, Ceballos, Lucas Vazquez and Varane are the Real Madrid strikers in the league, and to complete the 24 cries are added so many against the Argentinean Gustavo Cabral (Celta) and Daniel Daniel Wass (Valencia).

But Lionel Messi also took an advantage by missing out on two league games for the fracture of his right arm in a 4-2 victory over Sevilla (he scored a goal and gave an assist before the injury). Among the meetings in which he was absent is Barça 5-1 at Real Madrid in the SuperClassic of Spain, until the date of 10.

After this defeat, in Madrid, he ejected bank Julen Lopetegui and took over Santiago Solari, who managed to rise positions and took the title in the World Cup of Clubs in the United Arab Emirates. However, the injuries (Kroos, Bale, Asensio, Mariano and Marcos Llorente, among others, since the cast suffered 31 injuries in five months of competition) and the low level of their stars (Marcelo, Modric, Benzema …) They upset Solari, who will be judged by fire in the eighth final of the Champions League against Ajax in February.