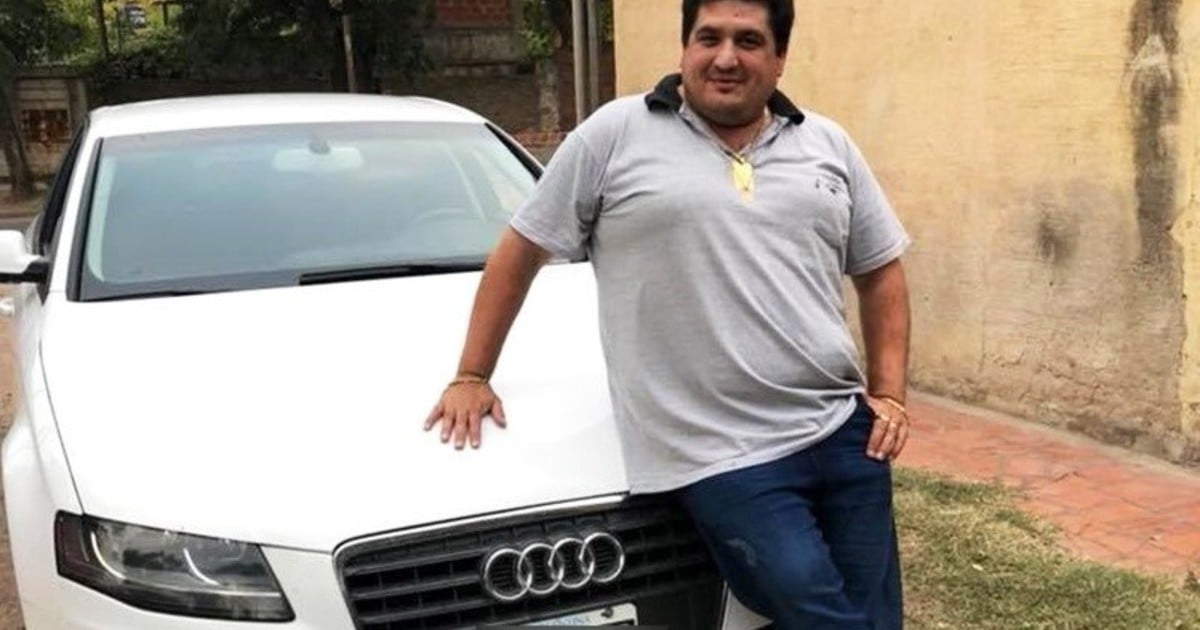 In his profile on Facebook, images of families alternate with others in which he exhibits excesses, luxuries, intimidating poses and even the image of some of his referents: the Colombian trafficker Pablo Escobar or the fictional mafia Tony Montana, played by Al Pacino in the movie. movie "Scarface". Lucio Maldonado had an imprecise activity, although for the researchers something is clear: it has always been connected to the obscure world of the crime. His end, for many, was announced.

On November 10, he disappeared when he was visiting friends. His body appeared three days later in an open field near the casino in Rosario in the south. His hands were tied, three shots in the body – one at the nape of the neck – and a sign among the clothes he noticed: "With the Mafia, do not fuck". It is unclear if he was also tortured. The homicide returned to the center of the scene of violence in a city that registered an increase in the number of homicides after five years of.

Maldonado appeared in social networks with different weapons and ammunition.

Maldonado was 37 years old. Your connections with members of the band "Los Monos" they slide into different investigations. However, Esteban Alvarado, a man convicted of stealing high-quality cars and identified as another of the players in the drug business in Santa Fe, remains fugitive because of his death.

Alvarado's name has reappeared in the last few hours, after the gunshot attacks on two seats of Rosario's judiciary. "With the mob, you do not get fucked. He ate: Esteban Alvarado ", said a signal found by officials at the Center for Criminal Justice. Despite this mention, the main hypothesis is that behind the attacks was the hand of "Los Monos", who would have shown his dissatisfaction with the sentences received last week.

According to the researchers, Maldonado had links with various heavyweights of the city. He was a creditor capable of performing other tasks such as money laundering or arms supplies. The money he earned was invested in properties and even in some trade. In the past I had accumulated causes for threats, extortion, injuries, abuse and illegitimate use of arms.

In social networks the images are multiplied where they are seen with machine guns, pistols and boxes with ammunition. Tables full of guns. Even your little boy is exhibited with one. "The same taste as Daddy," says the text that accompanies this photo.

The portrait with luxury cars is also common. Investigators believe they were part of the job to convert money from criminal groups. This, they estimate in court, could an ill-fated deal Maybe Alvarado was pushing. Portraits in bucolic landscapes, with Packs of expensive cash, drinks and jewelry They try to show it happy, successful, but above all fearful. The day he disappeared, he was alone and helpless.

Another weapon that Maldonado showed in his social networks.

He told his relatives that he would eat a barbecue in the neighborhood of Godoy, in the southwest region of Rosario. He lived in Tablada, one of the neighborhoods that had been run by drug lords. Curiously, hours later, his car, a Chevrolet Cruze, was parked in front of his house, as Maldonado always did. But he did not show up. The family tried to contact him over the phone, but cell phone never been answered.

They found three days later in an open field, full of thistles, next to the neighborhood of Las Flores, where the power of "Los Monos" was born and grew up.

Although the message written on a precarious cardboard that was found next to the body resembled others who played after different shootings against judges, episodes related to the Cantere clan, the elements the researchers agreed to allow to point in another direction. "(Alvarado) could be the instigator or could be a participant. What we do know is that he participated in the murder, "said prosecutor Matías Edery.

The survey of cameras and the GPS route of Maldonado's car made it possible to establish that before the victim was killed he was in a house in Alvarado, in an open neighborhood in the town of Piñero, in the southeast of Gran Rosario.

When researchers searched for this address, they found documentation linked to 14 homes. One of them had as current owner Javier Makhat, a commissioner who worked as Second Chief of Intelligence of Dangerous Drugs of the Investigative Police and that after knowing this information was separated from its position.

Work is being done to determine whether Alvarado and Makhat they had an old relationship. This alleged link was alerted by his superiors in 2013 by police Gustavo "Gula" Pereyra. The inspector's commissioner was investigating agents of the narcotics business, but was put on trial for his alleged collaboration with "Los Monos," although he was finally acquitted.