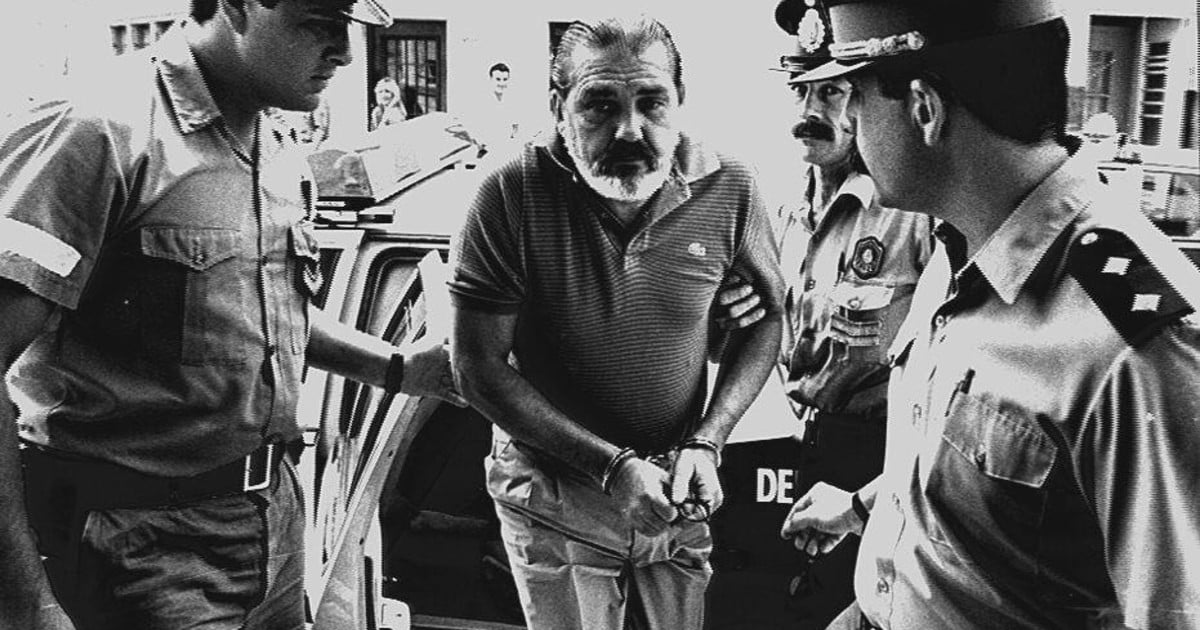 She no longer has reddish hair or that warm tan from the Caribbean that morning when she decided to surrender to federal court. Mario Fendrich today walks peacefully through the streets of Santa Fe, speaks to all his neighbors and continues to respond to the greetings of those who, from time to time, cry "idol".

With an altered appearance, gray and with glasses, the former sub-treasurer of Banco Nación de Santa Fe received Clarin exclusively, a few days after the 16th anniversary of the robbery conceived and executed by a single person, which shook and shocked Santa Fe and the whole country.

Mario César Fendrich will be 69 next month. He lives in the same house in Calle Jujuy 2828, in front of the Parque del Sur, with his family. "Today I live from my retirement," he said.

Something hurt in the ex-banker's eyes. Reflective and distant, with few words, he carries the backpack that marked him forever. Remembering the fact that made him famous makes him uncomfortable and brings to his memory a moment that he would like to erase from his life. He stole it to change his life, but at the end he lost almost everything. "Of that I no longer speak, It's over, I paid and I was in jail. "Warns Fendrich.

On Friday, September 23, 1994, Mario Fendrich warned his wife that he would fish with some friends, which he usually did. But the official of Banco Nación – until that moment, with impeccable fame and legajo – was about to execute a near perfect blow. That afternoon, "el correntino," as his friends called him, waited in the bank for the arrival of two trucks, received the suitcases and went with them to the treasury. Minutes later he left with a box who loaded his Fiat Duna Red Weekend and left.

On Monday, 26, Fendrich did not go to work. The bank's treasury door, located in the center of the city, did not open automatically as on normal days. The wife of the sub-treasurer did not hear from her husband and then made a request for whereabouts before the 1st Police Station.

The next day, the treasure door opened. The authorities of the bank, the court, and the Federal Police were eagerly awaiting this moment.

They were missing 3,200,000 pesos (at that time they were equivalent to the same amount in dollars).

And there was a note in Fendrich's handwriting addressed to his boss, Juan Sagardía, who began: "Galician, do not tell, I got …" and gave details of the stolen money.

On Friday, before leaving, Fendrich had programmed the safe mechanism so that it would open only 84 hours later.

Mario Fendrich became the most famous fugitive in the country. Until three months later, he appeared spontaneously before the Federal Court. It was eight-thirty in the morning on Monday, January 9, 1995. That same day, Santa Fe was burying former world boxing champion Carlos Monzón who had died in a car accident.

Fendrich was sentenced to eight years in prison, although in October 1999 – after 4 years, 9 months and 20 days in prison – he received parole. It was the period of two-thirds of his sentence, according to judicial calculations that had been regarded as a double period of time in which he was detained.

"How is your present life?"

-I do the life of a retiree, I cross my house to the park and walk the aerobic circuit. In the afternoon I go out for coffee and talk to my usual friends.

"Do you have the ritual of going to rock every week?"

"Yes, I'm still going, but the members have changed, some have passed away and others have joined the table.

"What are they talking about in rock?"

-We talk about everything, about politics, sports, we cross between fans of Colon and Union, and we do the trick.

"Has he returned to the bank?"

No I never went back to the bank and, with my old colleagues, crossing the street, we greeted ourselves and nothing more. But be careful, I have no grudge with anyone.

"And how are you with your family?"

No, that's not what I'm talking about. I live with them, but it's a subject I do not want to touch. We get along.

"Is it true you were offered to write a book and take the theft story to the movies?"

-If it's true. I had several proposals, but I rejected them. Even the production of Marcelo Tinelli called me several times to make a 14-chapter romance about my life and what happened (Fendrich never mentions the word theft), but I did not accept it.

"Do you have any other income?" Had not he set up a factory for boat hooves and plastic ceilings?

No, this has already happened. While I was being held at Las Flores prison, I learned the craft of making plastic roofs. We've set up a mini-company with a friend for a while, but we close it by mutual agreement.

In the legal study of his defense lawyer, where he received Clarin, Fendrich looks healthy.

He is dressed in an elegant sport, with a gray jeans, plaid shirt with soft colors, fleece jacket and tone shoes. Look at the clock several times, as if in a hurry. It's past noon and they wait for him at his house to have lunch.

"It's part of a fable that I buried the booty, like so many others I've heard. I live on my retirement.