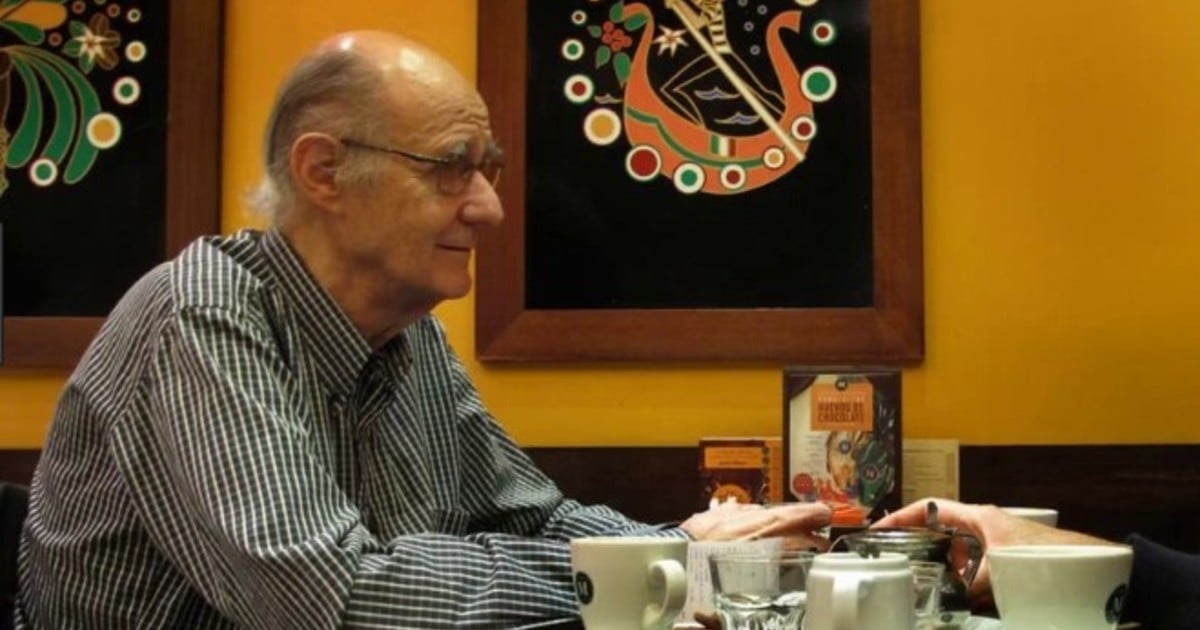 The prominent journalist and historian Hugo Gambini died on Wednesday night, 84 years. He had leukemia, a disease that was diagnosed a month ago. He was hospitalized on Wednesday morning at the Otamendi Sanitarium, where he died after 10 p.m.

Born in Buenos Aires in 1934, he started very young in journalism, where he was reporter, reporter and editor, and worked in various graphic media, radio and television.

Member of the National Academy of Journalism, He also wrote several books., between them, Che Guevara, a best-selling biography of the Argentine revolutionary, winner of the Planet Award.

Gambini was from Floresta, Buenos Aires, and went through all the veins of journalism, from the daily chronicle and the weekly note to the great report and column of opinion. He was a reporter, chronicler and editor of news agencies, newspapers, magazines, radio stations and television channels.

His political training began at age 18, affiliated with the Socialist Party. With the arrival of democracy, it was defined as a "Fervent Alphonsinist".

At the level of work, he began in the newspaper La Vanguardia (founded by Juan B. Justo in 1894) in 1957, under the direction of Alicia Moreau de Justo. As he looked at the newspaper archive, a journalist friend who worked there asked him to go and interview the secretary of the Telephone Union. Since then, he has never left journalism.

He went through many essays: The Commercial Advertiser, Critical, Graphic News, Chronic, See and Read, Leoplan, The Economist, Panorama, Seven Days and The opinion. So he collaborated with his signature in the newspapers La Nación, Clarín, the day (The silver) and Popular newspaper.

It was part of the historic First Flat of Jacobo Timerman, which had one of the best essays of all time, composed by Ernesto Schoo, Tomas Eloy Martinez, Norberto Firpo, Ramiro de Casasbellas and Osiris Troaiani.

In 1973, together with his then wife Emiliana López Saavedra – with whom he had two daughters – he founded the weekly magazine Redacción, which he directed for 30 years.

He was distinguished with Order of the Bull Lisandro de la Torre (1972); the Mariano R. Castex Journalism Prize (1977) and the Esquiú Silver Cross (1985). In 1983 he was president of the news agency Télam. He directed the documentary Chronicle Documentary of the Malvinas.

Alfonsín named him president of Télam, he was four months old and went to direct Interpellation, a television program that convened ministers, senators and deputies. The weekly cycle was lifted with the arrival of Carlos Menem to power.

However, this departure resulted in his landing at Polemic in the bar, the popular program of Gerardo Sofovich, between the years 1989-1995. There he rang personificto the Contra, since he was the only member of the politically radical-alfonsinist table before the Menemist majority. From that period, the heated discussions with the journalists Luis Beldi and Jorge Asís are remembered.

Vélez was his great passionand, at the end of the 70's, became candidate for president by the Circle El Fortín, but lost the elections in the hands of Ricardo Petracca. He is consistent and unconditional, has followed the institution of Liniers everywhere, and in times when Velez was not a club that came to be the 90's. He traveled to Morumbi de San Pablo to see the final in which Vélez was champion of the Copa Libertadores in 1994..

In recent times, his grip and fighting spirit confronted him with a series of health problems that he was gradually avoiding. But a month ago, another jolt caused him to abuse: he was diagnosed with leukemia.

For two years, recently separated, he lived alone in a downtown hotel where he wrote articles for various media and almost finished a book about his memories.