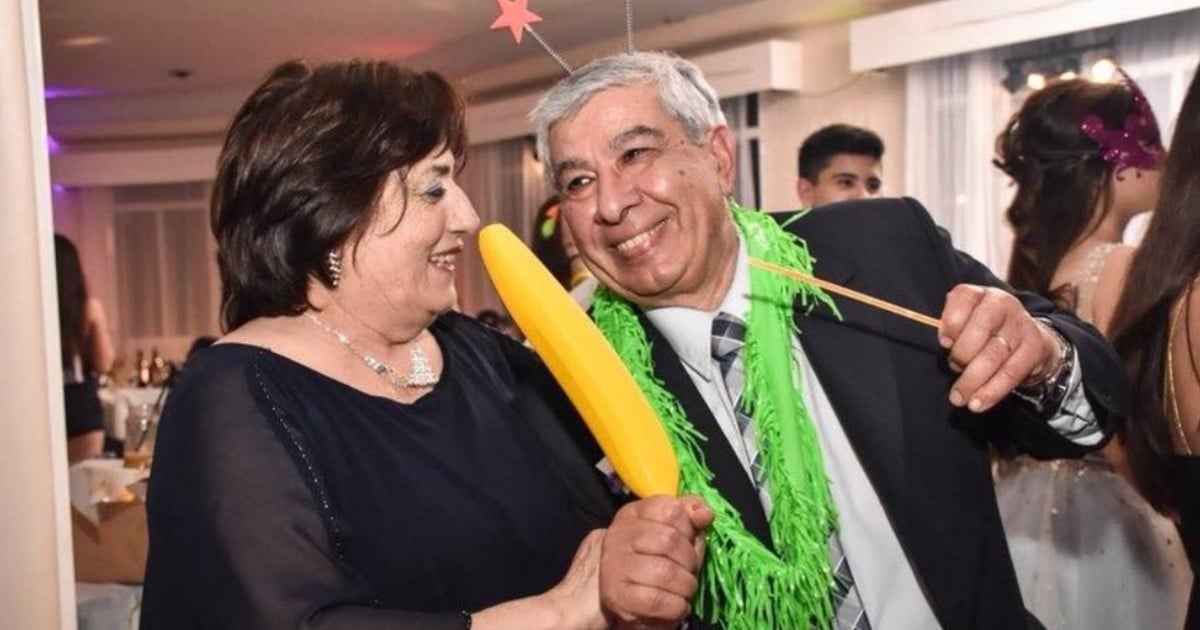 Carlos Vaccaro went to bring his parents the 15th birthday invitation card from one of his two daughters. He wanted them to be the first to share his joy, but he found a horrible scene: it was a bloodbath, they were massacred by blows to the head.

The double homicide occurred the night of February 17, 2017 in a charming house in La Plata. The couple lived in a cottage that stood out in block 520, between 142 and 143, a very busy area, but at the time with little night illumination.

The village of Pablo Vaccaro (74) and his wife, Concepción "Rosa" Diaco (66), were murdered in an assault in La Granja neighborhood in La Plata in February 2017.

The victims were Concepcion Diaco (66) and her husband, Pablo Vaccaro (74). As in Italy her name had as diminutive "Concha" or "Conchita", she changed it. I did not like. So it was Rosa.

In the neighborhood of La Granja, where they lived half a century ago, they called us "The Italians", although only the woman was born in the European country and came to Argentina with only six months of life. In October 2014, they had an unforgettable party to celebrate their golden wedding.

Rosa and Pablo had two children (Gustavo, now 52 and Carlos, 47), who gave them eight grandchildren. They lived for them. They had scheduled four fifteen birthdays in two years. They could only go to the first one by 2016.

Pablo Vaccaro (74) and his wife, Concepción "Rosa" Diaco (66), were murdered in an assault at their home in the La Granja neighborhood of La Plata in February 2017.

They owned fruit and vegetable stalls at three fairs, but gave them to their children because they were tired. They had tanned hands, though Vaccaro was still going to help his relatives because he was a restless man. A worker

Just two years after the double brutal crime, police arrested two suspects. São Jorge Daniel "Pitu" Arce, 34, and Carlos Alberto "El Zorro" Morillo, 43, both about 15 blocks from the place where the couple lived. According to a key witness, in the streets of the neighborhood they bragged about having killed the couple.

With this information, the staff of the Departmental Investigation Department (DDI) La Plata arrested them in their homes. Álvaro Garganta, from the Functional Instructional Unit (UFI) No. 11, was available to the promoter.

Two arrested for the crime of Pablo Vaccaro (74) and his wife, Concepción "Rosa" Diaco (66), in an assault on his house in La Granja neighborhood in La Plata in February 2017.

The detainees are known in the vicinity of La Granja, where they sow terror. "El Zorro" Morillo was arrested in May 2017, three months after the double crime, for drug trafficking. He regained his freedom a year later. He fell again now, albeit with a more serious charge.

The sources said Clarin that "Pitu" Arce had a history of robbery and I was without an ear, so it was easy to identify. A man of Paraguayan nationality had cut it with a knife.

Two arrested for the crime of Pablo Vaccaro (74) and his wife, Concepción "Rosa" Diaco (66), in an assault on his house in La Granja neighborhood in La Plata in February 2017.

The key witness, who testified under a reserved identity, commented that on one occasion they offered to exchange dollars for pesos. It is believed that he was the booty of some of his mistakes. In addition, according to the researchers, they spent what they had on drugs.

The day they were murdered, Rosa and Pablo they did not steal anything: he had money in his pants pocket; his wife, in the portfolio. However, the main hypothesis is that they were killed while demanding money.

"Pitu" and "El Zorro" refused to testify. They accuse them of "criminal aggravated homicide causae", that is, kill to hide another crime, in this case theft.

Pablo Vaccaro (74) and his wife, Concepción "Rosa" Diaco (66), were murdered in an assault at their home in the La Granja neighborhood of La Plata in February 2017.

The marriage he had already been the victim of another attack on Christmas Eve 2016, so at one point it was speculated that his murder may have been revenge.

At that time, they went through a hole they made on the roof, when they were not there, and took a large sum of money, between pesos and dollars, and jewels. He never transcended the figure. According to the researchers, the couple used to keep silver in the interspaces and the cover rolls.

At the second event, Rosa was surprised when she entered her house after visiting a sister in Ringuelet. They beat her to death in the dining room. Her son found her dying, blood coming out of her mouth. They could not do anything to save her. Pablo's face was disfigured. The degree of savagery, of savagery, was brutal. He died in the kitchen.

Neighbors marched several times to demand justice and arrest those responsible. Now a light of hope came to them.

Analía Diaco, with his aunt Concepcion Diaco (66), "Rosa", the retiree murdered with her husband in an assault in La Plata.

Analía Diaco, the niece of the victims, turned 37 on Sunday and returned to a sad feast. He tattooed two stars on one arm to remember them. He counts Clarin that the suspects were seen wandering around the house in the days leading up to the double crime. "If they are murderers, we want them to be perpetually"he said.

After the horror, the family can not overcome the losses and each year the pain is stronger. Although there are boys, they try to deal with it in the best way, not to instill hopelessness between them.

"Parties are not as they used to beAnalia admits, not even the classic Sunday ravioli that her aunt was accumulating, that woman whom all inclined to continue, spent many nights in fear, without falling asleep, with the terror of putting out the light.

That granddaughter's 15th birthday finally happened, months after planned. But Rosa and Pablo could not be there, the grandmas who never received the invitation.