John Sarcona is a face of 19 years that already accumulates 18 surgeries in its young age. Originally from New York (United States), this boy suffered from severe scoliosis that doubled his back with impressive speed. However, the last operation definitely changed his life.

His first hospitalization at the surgery was at age 6 to try to correct kyphoscoliosis, a spinal deformity that is characterized by abnormal curvature of the back.

Doctors placed some metal cylinders that needed to be surgically adjusted every 6 months so they would stretch their backs. 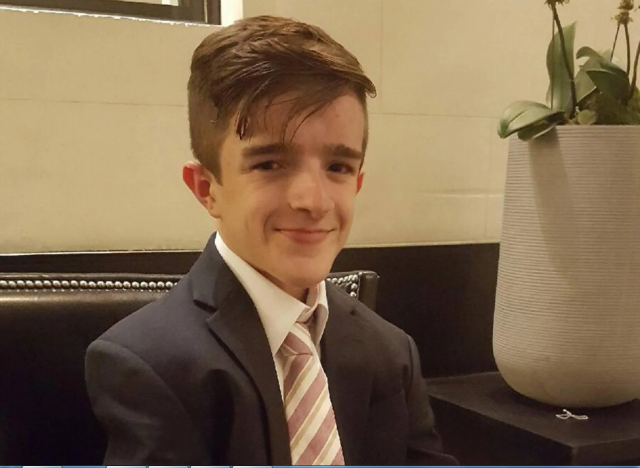 At age 16, he underwent surgery on the spine that did not improve his condition. The boy had difficulty breathing and could not walk because his spine crushed his internal organs.

Faced with this situation, his parents decided to take him to another doctor, a specialist known worldwide for his work in this area of ​​the body.

Dr. Lawrence Lenke told the face that his back was bent at an alarming rate and that he had to perform an operation to correct his spine.

The medical specialist told the media that "John's kyphoscoliosis had a very severe angle."

"Their situation was only going to get worse, so I looked at their parents and said," You have to trust me. "This is my area of ​​expertise, and I'm optimistic.We can help you, but unfortunately, they have no other options. "

John entered an operating room again, but this time the new operation would change his life. After 13 hours, where they separated their column in two, they realigned and replaced in their place, face He spent the next few days in intensive care.

"He has recovered very well, despite having a great attitude, which helps a lot," acknowledged the doctor. Two years have passed since the intervention and John is nearly 18 inches taller, playing sports and learning to drive.

"I remember looking in the mirror and thinking," Is it really me? "It's good to stand," John said.